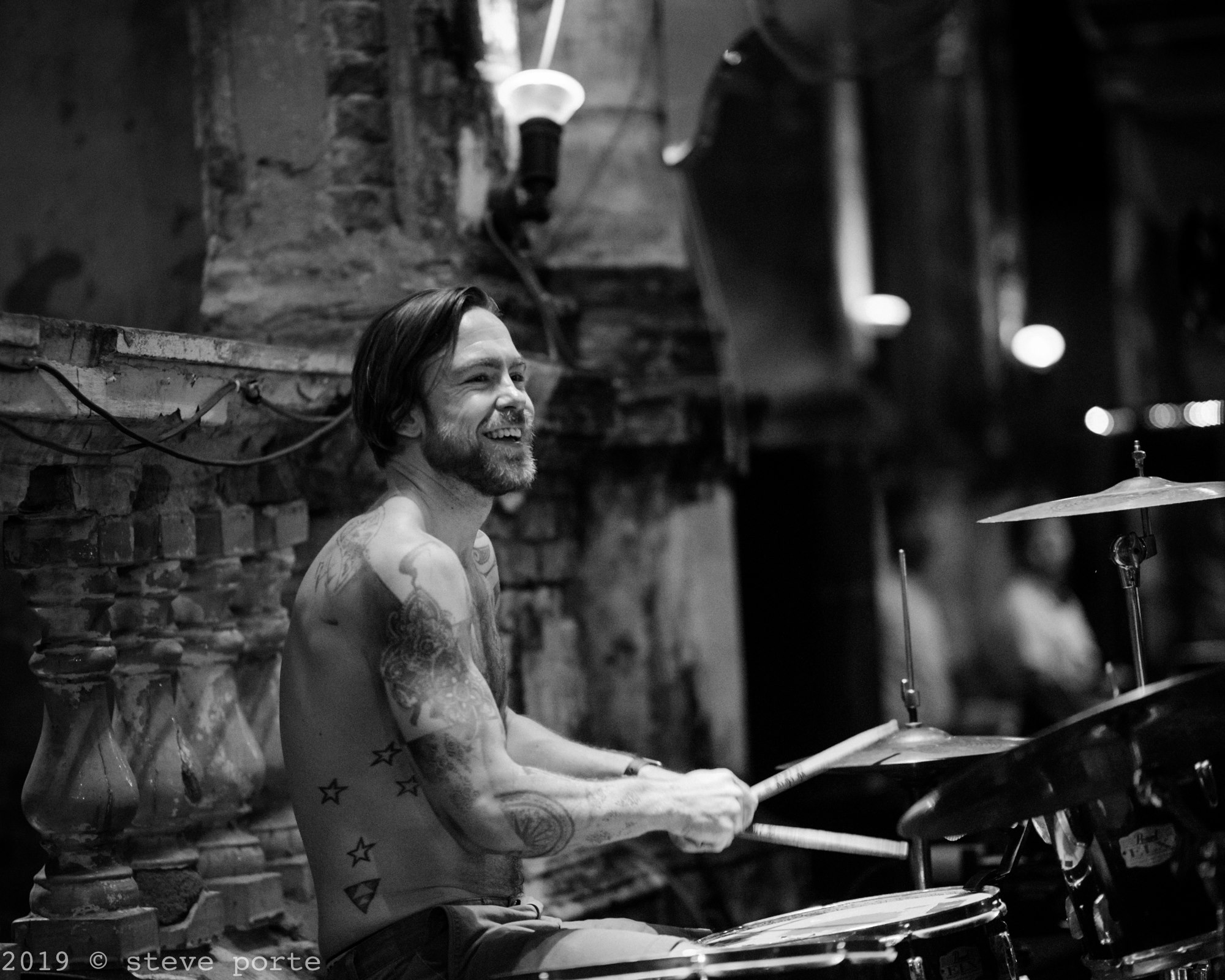 The city’s favourite Indie movie theatre is 10 years old this weekend! To celebrate a decade of entertainment, movie snacks and bean bags, The Flicks will screen Green Book at 9pm. Peter Farrelley’s Oscar winner follows the trials of an African American pianist travelling the deep South in the 1960s with his Italian American heavy. The celebrations may not seem very different than most weeks, but it’s good to show support to a local institution by watching a good movie.

Bong the Gallery hosts the japanese digital artist and designer Kayoko Yonaga. Gco Man, in English‘Self-Satisfaction’, is Yonaga’s first solo exhibition. Come check out the exploration of cultural and traditional heritage from 7pm.

Chi-Town take stage at Alchemy from 8pm. Enjoy electric blues and Motown styling to kick off your weekend with a touch of chill.

Come help the owner and face of local arts hub Cloud celebrate his 40th. The unmistakable Pierre will be putting on a free BBQ (while stocks last) letting you BBQ your own skewers, adding to that homely feeling you get at Cloud. DJ Gorimaa brings some reggae and DUB to aid the celebrations from 9pm.

The huge one tonight is the seasonal climax of Hypnotic Fist Technique. The old school hip hop fiends are taking a few months break, so make sure you catch them from 9pm at LF Social Club. Take a look back at one of our favourite performances:

Mini Banana will host a full day, and evening, of homemade food and good old fashioned hard drinking. Get down there fast while the food is still going!

Urban Fridays brings the beats from 9pm at Club Love. Nick and Niko Yu will keep you going from 9pm (Happy Hour) until 4am!

To celebrate a decade of Indie films in the city, The Flicks brings us A Cambodian Spring from 12pm.

Shake off the cobwebs from Friday night with Combat Sambo and throw some dude twice your size across the room. From 12.15pm at Olympic Stadium you can learn how to kick ass Soviet Style. All abilities and fitness levels welcome. Just show up with an open mind and a realisation you will hurt tomorrow!

Give your senses a treat with musical Afternoon tea at the Sofitel. A classical performance from Pianist Miwako Fujiwara will fill the room with beautiful music as you eat tiny, yet wonderful sandwiches and cakes. It’s certainly something of a unique experience.

Celebrate Children’s Day at Cloud from 3pm with a Studio Ghibli Day:

7PM: Castle in the Sky

9:30PM: Nausicaä of the Valley of the Wind

Hype Lab is offering something special and something out the smoke of Phnom Penh. From 12pm Hypelab: The Escape puts on a day and evening of live music, art installations and plenty of cool nik naks to purchase and take home. If you’re looking for a lift over to The Bale Resort use the code ‘HYPE’ for 30% off.

Metta Legita will celebrate the release of her new album with the help of Euan Gray, Andrey Meshcheryakov, and Richard Boison at Alchemy from 8pm. Enjoy a night of Jazz and Big Band for a down and dirty Saturday evening!

Sundown Social Club celebrate their 2nd Birthday from 6pm. So come down, catch one of the best sunsets in town, pick up your complimentary glass of French fizz and settle into a night of DJs, $5 meals and $10 cocktail jugs.

Checkered Past take stage at LF Social Club from 8pm. These dudes bring Ska with the influences of Reggae to Punk and sing in anything from French and English to German and Spanish.

Fancy getting a little hot under the collar in TTP this evening? Well, Integrite’s Latin Night may just be screaming your name. The infuriatingly sexy moves of Lorenz Bauer will take over the ground floor and he will be teaching you all how to move with salsa flair from 10pm.

We round up the best spots to watch the final here!

The Flicks continues their decade of Indie film with a screening of The Lovers from 8pm. This cooky rom-com esque movie follows a couple once again falling in love after both enjoying marital affairs.

Get your fancy pants on and head to the Sofitel for the musica Felice summer charity concert from 6pm. The concert will look to celebrate the universal nature of music through the choral works of Saint-Saëns, Karl Jenkins, Mozart and Bizet while collaborating with Cambodian artists in new arrangements.

Shadow Puppet and Khmer Theatre begins from 6:30pm. Come celebrate traditional Cambodian culture at the National Library on St. 61. Tickets are $!2 and you will be supporting arts in our city.

Khmer getting a little rusty? Maybe it was never lubricated in the first place? Eleven one Kitchen in BKK hosts weekly Khmer language classes from 4:30pm.

UEFA Champions League Final 2019 – Where to watch it in Phnom Penh
Tantai returns,offering another chance for some inking.