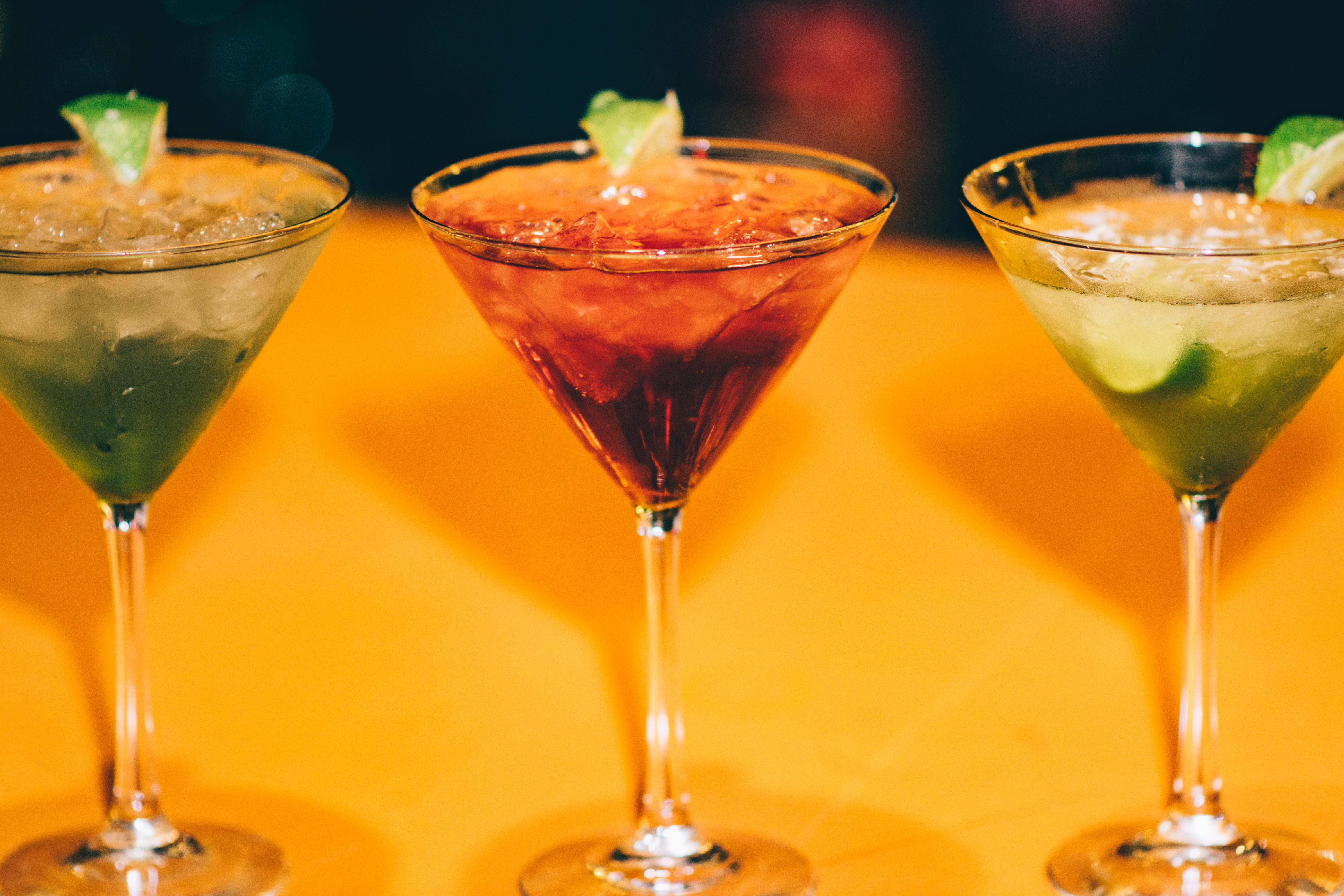 Photo by Sandra Seitamaa on Unsplash

Director Chum Sothea is leading this week’s Cine-Club at Bophana Center, giving a talk to aspiring filmmakers and cinema enthusiasts on pacing and rhythm in films. It’s not just a process of editing. This free event is in Khmer and English.

The second in the  Jumanji remake series, the popular children’s adventure movie from the 1990s starring the late Robin Williams. This one will star Dwayne “The Rock” Johnson and Jack Black, both actors with proven track records of making themselves look silly for the sake of comedic effect.

Beginning today is two weeks of Naga world Christmas celebrations. From 5:30pm to 10:30pm each evening you can enjoy a festive version of the longest buffet line in the Penh. The luxury casino is also offering Christmas fine dining options at Le Gourmet French restaurant with a four course feast.

Exchange Square will have Christmas festivities each night this weekend. Winterland 2.0 will take over the shopping center with events geared towards children, including cookie decorating, Christmas library and art exhibition, face painting, carols and live music and, of course, Santa handing out candy.

Cloud will have Christmas carols of its own, performed by Pervez, Denver and Antonio. Grab a $2 glass of hot mulled wine or $2.50 hot chocolate with Bailey’s, wrap a holiday sweater around your shoulders and cheers to the season.

Tomoka Cocktail Company is having its Christmas party with candy-cane vodka shots and free shots to those wearing Santa hats. Likely not part of the Christmas theme, the holiday party will also serve up “Devils on Horseback” snacks.

Est. Bar is holding it’s Christmas Eve party on the same night. The dress code is anything red, and customers will be welcomed with a drink and can groove along to Dj’d tunes and a live performance by 17 Crush.

For some jollies without the fat man, head to a free comedy show at craft beer bar The Box Office. Phnom Penh’s top comedians will be joined by some new faces at this Comedy in Cambodia event. It is free, but they ask that you reserve your seat!

Good Times Bar is leaving the men behind, literally. Specials at this ladies’ night – where only ladies are allowed – are buy one, get one drinks and a certain kind of freedom.

Two bars are celebrating their anniversaries tonight. Tacos Kokopelli – best known for its long standing Sunday open mic nights as well as its Mexican fare – will be ringing in its 15th year. Besides music and dollar drinks, they’ll have free snacks! (7-10pm, Tacos Kokopelli, St. 19) On the other end of the city, The Deck is celebrating its successful first year in business. The Deck’s fete actually goes over the whole weekend, but tonight’s party has a free keg of beer! (6pm, The Deck, St. 123)

Khmer hip hop artist Vannda is performing at Epic 2. The show is called “Back By Dope Demand” ‘cause (you guessed it) the people want more! (9pm-3am, Epic 2, Eden Garden) DJ Moudy is playing a free gig at The Hangout. Called the “House Sessions”, he’s going to be playing (you guessed it) house music. (9pm-1am, The Hangout, St. 476) Also free and also electronic (but not house) dance music is DJ L~N at Party Patio. What’s his sound? Techno, bass, IDM electronica. It’s also his last show before leaving the capital. (10pm-1am, Party Patio, St. 308)

Bophana Center is screening Christine Bouteiller’s 2010 documentary The Wanderers. Cambodians who had been displaced in Thai border towns after years of civil war in their own country are resettled into a village set up by the UN. The free showing is in Khmer and French with English subtitles.

Santa will be making a visit today at Ginger & Grace, posing for photos and listening to wishlists. Besides the desire to give you what you want, he may have been drawn there by the Whipped Bakery in-store pop up shop, or the eggnog and iced peppermint mochas Treehouse Cafe will be serving.

Continue your holiday shopping by heading over to Cult’s all-day Christmas Market at the Institut français. The market has a selection of sustainably produced and designed in Cambodia products from over a dozen vendors, with everything from clothing to soap to booze. Ho ho ho!

Express your joy of the season at Cloud’s Christmas Karaoke party. Drink, sing and be merry as you belt out your holiday favourites. There’s some encouragement from the bar: sing three songs and get a free beer!

Teddy Bear Bar is throwing an unusual (but in a fabulous way) Christmas party: an artistic vision of holiday spirit as performed by Drag Queens of Cambodia. You’ll likely see performances by Mariah, Gaga and maybe a Beyonce at this fierce festivity.

Whether you’re a marathon runner, casual jogger or someone who occasionally thinks about walking sometimes (maybe), you are welcome to the Running Bongs Christmas party at Tomoka Cocktail Company. Running Bongs is a community group that helps each other train to go the distance (aka run).

What’s On the Art Scene?

Nowhere Art Studio is celebrating its fourth birthday by having a huge art sale – 50% off on all artwork and items! While you’re there, take a rest from perusing the art to watch some short film screenings.

Meta House is hosting the Phnom Penh Charity Art Auction to give art lovers a case of the warm and fuzzies. Over 30 artists have donated their work to raise money for Animal Rescue Cambodia, which helps the country’s street dogs and cats live a better life.

The Plantation Lotus Pond Gallery is having an opening party for its latest exhibition. Thai pop-art painter Attasit Pokpong does strong, close-ups of women’s faces in order to show their inner strength. The opening is free, and the exhibition will remain up until February.

Sound Club is officially two years old, and to celebrate they’ve brought Korean DJ HYO of pop group Girls’ Generation. She’s branched out and will be showcasing her solo talents at this Johnny Walker-sponsored event. $20 entry.

Three DJs and a video artist are bringing you Monochrome Dreams, a vision of industrial parks and brutalist architecture that give birth to a beating art: techno. Meta House is home to this warehouse party created through sound and vision. $3 after 11pm, but free before.

The Flicks is playing arguably the two best children’s Christmas movies to come out of the 90s and 00s: Home Alone and Elf. Introducing the world to Mulchaley Culkin’s present day version of a misunderstood Dennis the Menace, Home Alone show’s the 9-year-old lead single-handedly take down a couple of house bandits when his family leave him behind at Christmas. Will Ferrell plays a comically tall elf who realises why he’s no good at making toys and why he’s comically tall: he’s actually a human. But mentally he’s an elf who has a hard time understanding real-world New York (it’s hard enough for humans).

A time-honoured tradition of the Christmas season is decorating cookies. Not time-honoured but still fun, Pelican Food Company is holding a gingerbread cookie decorating competition, with really sweet (literally and figuratively) prizes for businesses around town. The first cookie to decorate is free (after that, it’s 3 for $1 – but there’s no limit!). Leave it and a phone number, and an independent jury will call you if you are a winner. No stress holiday decorating.

Missed the Christmas gift market yesterday? Not a worry. Kinin’s got you covered with vendors from local clothing, food and home goods purveyors as well as local NGOs. Tick off the people on your list while sipping and nibbling on some things yourself.

For an unusual gift, why not try decorating an old bottle and turning it into a homemade vase? Just a thought. Hey Hey is holding a Christmas bottle decorating workshop where an instructor gives ideas and tips while you use their crafting materials to hide what was once an old beer bottle – and turn it into a “priceless” family heirloom. $10, but that includes materials and a beer or juice.

The newly opened Duplex Grand Café is continuing the celebration with an all you can eat barbecue lunch. Aptly called “Holy Smoke: Eat Till You Drop”, the lunch will have unlimited steaks, satay, spare ribs, chicken and sausages for $12. Oh yes, and salad. 😉

If you’re feeling basically the exact opposite, sign up for the plant-based cooking class for beginners. Raw food chef Sally Douglas will demonstrate recipes that are meant to maximise energy and nutrition, while of course being tasty as well. Recipes include cashew milk, “pure love smoothie”, raw Asian noodles and mini healthy donuts. It’s $25, and booking information can be found on the event page.

That’s all we pulled out here, but check our complete events listing for even more to do. Enjoy!