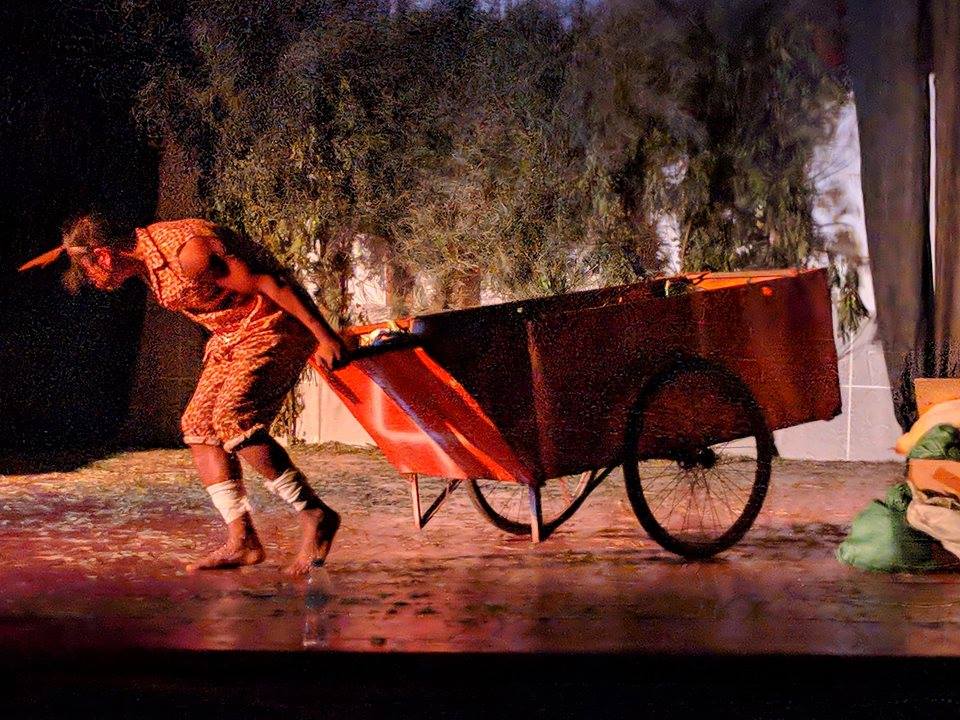 In a world of Fake News and bizarre tyrants, the themes of propaganda and disinformation in George Orwell’s timeless classic, Animal Farm, seem applicable now more than ever.

It’s a sentiment Phnom Penh Players director Ged Mcphail wants to convey when he brings the novel to the Department of Performing Arts’ stage in Phnom Penh, this weekend.

“I think it’s a universal theme, it’s really about the people that rule a country or a state, they always use the same techniques,” he told WOPP backstage during rehearsals earlier this week.

“If you tell a lie enough, it becomes the truth. If you repeat things over and over, people will think, oh it must be true. It’s a way of controlling people.”

Such is the fate of the animals of Angkor Farm. Tired of the oppression they suffer at the hands of their Barang master, the animals, led by the pigs, overthrow their rulers to create a new utopia where all animals are equal, only to discover the age-old truth that power corrupts.

While it has been adapted to a Cambodian setting, Mcphail made it clear the play was drawing on abuses of power from across the globe when writing his version for the stage.

“If there are any parallels to be drawn, it’s to the current bombardment of Western propaganda that’s coming through mainstream media,” he said.

“It’s really about, the people who have the power and are using media outlets to make people think certain ways.”

Indeed, the ruthless tyrant behind Animal Farm’s transition from utopia to authoritarian state is the aptly named, Napoleon, who shares some of the bullying and bombastic ways of a certain leader in the West.

Paul Glew, who plays Napoleon, admits sharing some qualities with the horrific hog.

“He’s me through and through, he’s a bully, he’s a pig, he’s brash, he gets what he wants, but through subterfuge and manipulation,” Glew said, noting the play’s six-month rehearsal schedule gave the cast the time to delve into the script and characters in detail.

“We really focused on the characterization and development, which we usually don’t have the chance to; it’s tricky, the text is tricky, the scenes are complicated, a lot of the rehearsals was just getting into that.”

Mcphail noted the talented work by co-director Martin Alejandro Islas, who helped the actors come to grip, hoof or trotter with their characters.

“Martin knows what works on stage and how to bring the characters together and interact, he put the flesh on the bone,” he said.

Despite Orwell himself not being a vegetarian, the themes of animal rights and the cruelty in which they are killed are baked into the text of the play, according to Mcphail, who as a vegan, wished to bring to the fore.

“Orwell describes how the animals suffer under the farmers, which is pretty much what happens, but it was more of an analogy on how the masters control the lower classes.” he said. “I just re-emphasised that to make people look at the way we treat animals.”

In service to that thread, all money raised from both tickets and a silent auction being held at the door will go to local animal rescue group, Phnom Penh Animal Welfare Society (PPAWS). They will be bringing some of their furry friends to the opening performance, so audience members can see the mouths where their money goes.

Phnom Penh Players: Animal Farm will be on nightly at 7pm at the Department of Performing Arts from the 6-10 of September. Tickets $10. For more information, check out their Facebook event.