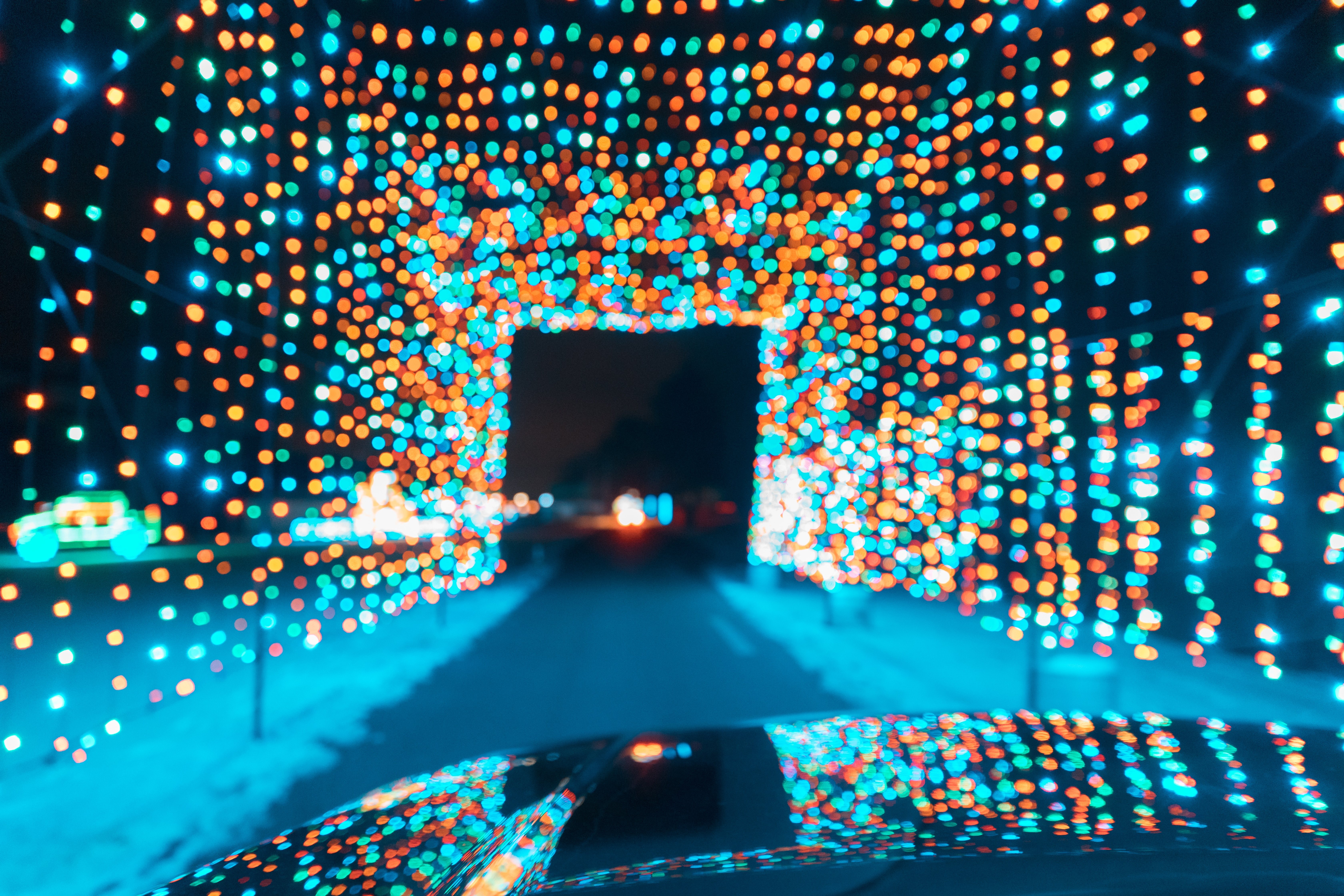 All the happenings this weekend

Photo by Derek Thomson on Unsplash

What’s On Screen?
Nicolas Cage is back with his 1,053rd movie. [Well, it feels like that many. He’s been in a lot.] The plot for Primal sounds great; the reviews do not. A big-game hunter is transporting a captured, live white panther on the same ship that happens to also be transporting an arrested assassin. The assassin breaks free and decides that all the wild animals on the ship should be freed too… 😀

Charitable community theatre group Phnom Penh Players is back with its annual Panto. A Christmas tradition, the Panto gives a twisted, lewd, humourous version of a classic fairytale. For children, of course. This year’s distorted tale is Cinderella.

7pm, Friday and Saturday, 11am, Sunday, Dept. of Performing Arts Theatre, St. 384
If it’s live music that you’re after, there’s no shortage of options – especially in BKK1 and Bassac Lane area.
Farm to Table has jazz played by the Riannon Johnson Duo. She’ll be singing while Arone Silverman backs her up with the soul/funk/R&B tunes. (6:30-9:30pm, Farm to Table, St. 360) Friday Fizz at the Bodleian features the Boxchords playing an acoustic set of popular hits. Relax with their soothing melodies and two-for-one prosecco. (8-11pm, Bodleian, St. 288) In Bassac Lane proper, the Havana Kings will be bringing their ever-groovy, oh-so-dancey Cuban-Latin jazz tunes. (9pm-midnight, Bassac Lane) Two doors down at Party Patio, DJs INEE and Kaza will be spinning a techno double set called “Mentor & Pupil”. (9pm-1am, Party Patio, St. 308) Down the road at LF Garden, Clara and Charlie will be bringing the chill vibes suited to the outdoor garden space via their melodious guitar and cello playing Akha songs. (8-11pm, LF Garden, St. 308) And for definitely the hardest, most rock, most raw sound of the night, hit up Cloud at the end of the block for its underground community showcase of metal and punk bands. Seven bands are “playing various set lists with no fixed timings. Some bands might just play three songs, and some might play ten!” That’s punk rock. (7pm-1am, Cloud, St. 9)

The 2019 class of the Sa Sa Art Projects education program is exhibiting the fruits of their labour from the past five months at tonight’s art opening. The eleven artists’ photographs range in subject matter as they chose what is most important to them, be it family, heritage, environment or personal experiences.

6-8pm, Sa Sa Art Projects, St. 350
Le Moon Terrace Bar in Riverside is launching “Destination Parties” – a way to get away without actually getting away. The first edition, “La noche Mexicana”, will whisk you to Mexico, offering Latin beats, tequila cocktails and tacos. Buy two tequila cocktails, get the third one free. Olé!

10pm-4am, Heart of Darkness, St. 51
Temple Rat is the stage name of Chinese DJ Mei. Her music is a fusion of minimalist underground techno and the erhu, a traditional two string and bow instrument – both of which she grew up on in her hometown Chengdu. She mixes the sounds of both together, playing the erhu live, while adding in bits and bobs from nature or 90s acid house. Joining her is Phnom Penh’s hard to define DJ L~N as well as Meta House’s resident DJs.

Funk the Bar! Funk the what? “So it’s a Guinness Book of World Records contender for largest international party with over 30 venues in 30 different countries participating under the same banner with the dopest acts that they can muster,” explains G, member of Hypnotic Fist Technique, which will be headlining Phnom Penh’s foray into the Guinness Records challenge. Performing alongside them at Toul Tompoung music venue The Hangout are DJs Shagzy, Niko Yu and Bree. Worldwide, they’ll be joined by over a hundred DJs and performers! And maybe you. 😉

What would you do if you know that at the tender age of six you were kept at a remote prison camp, but years later there’s no evidence that the camp existed and no way to prove that you were there? Camp 32, screening at Bophana Center, follows that child, now all grown up, as he returns to his homeland to find proof of his past.

5-6:30pm, Bophana Center, St. 200
The Cambodia-Korea Cooperation Center is playing host to the Wonders of the Mekong project “Mekong Film and Outreach Festival”. Designed as an all ages day of celebration of all things Mekong, it will have crafts and games, talks and performances, hands-on activities with prizes as well as informative films about the Mekong River.

In honor of Human Rights Day on Tuesday, there will be two free public events open to everyone. Small World, Small Band will be playing at Olympic Stadium along with other artists, and “Human Rights Champions” will give inspiring speeches. Free tee-shirt swag, too. (2-9pm, Olympic Stadium) Futures Factory is honoring the day by honoring the LGBTIQ community with its “Warm Shelter” fest, featuring dance performances by Prumsodun Ok & NATYARASA, fashion shows, live music by Sinora Roath, Sambo and Heang, a drag queen show AND an all day art exhibition. (3-7pm, Futures Factory, St. 13)
Jungle on My Mind is a charitable art and photography exhibit, benefitting the Wildlife Alliance in Koh Kong. Miguel Jeronimo’s photographs highlight the natural beauty of the Cardamom Mountains and document the national park’s forest rangers as they try to protect it. Also on display are his portraits of former poachers turned forest rangers in what has always been their habitat – the jungle. Held at 5 Drunk Men, proceeds from the bar and sales of photographs will go towards the Alliance as well as to training locals in Chi Phat village to become trekking guides and in other ecotourism activities.

6-11:30pm, 5 Drunk Men, Sisowath Quay
Himawari Hotel Apartments is holding its annual Christmas Fair today and tomorrow, open to the public and showcasing artisan crafts and goods from local NGOs. Beyond having locally-made gifts and food for sale, the fair is a holiday celebration with sing-along caroling and a chance to get a photo with the big man himself (not sure if that’s open to both kids and adults, but we’ll assume it is).

11am-7pm, Saturday and Sunday, Himawari Hotel Apartments, Sisowath Quay
And for your bit of random holiday fun and cheer, head to Cloud for a special “Happy Holidays” swing dance party. Beginners are welcome as the dancers swing to classic Christmas tunes.

For a while there, it seemed like everybody was watching Downton Abbey. After six seasons, the show’s finale drew nearly 10 million viewers in the US (and many more worldwide). Now the saga has returned in feature film format, which is sure to be a reunion of sorts for everybody, and good fun those who just like period dramas.

Today is likely the largest art exposition and celebration of the year! KBach Bash is an all day, family-friendly event at KBach Arts at the Factory. Watch ten artists as they paint large-scale murals; marvel at the artwork on display across four exhibitions; reflect and appreciate as you hear spoken word poetry or watch competitive break dancers; and stretch your skills as you try out some feats of your own in the free crafting workshops. And cheer for the participants of the 2019 KBach Arts Competition as the winner is announced.

Now we are officially in the Christmas season, and there’s no better way to get into the festive mood than with some holiday performances.
Dance Academy Cambodia is performing The Nutcracker as a year-end recital before a Christmas concert by Chanson Education Center. Tschaikovsky’s famous ballet takes place after a Christmas party when all of the childrens’ toys come to life and have an epic battle. And dance.

3:30-7pm, Chenla Theatre, Mao Tse Toung Blvd.
Community choir Phnom Penh Sunday Sing is holding its first “Carols in the Garden!” evening Christmas concert at Botanico. Choir members Antonio and Justin are leading a sing-along of holiday tunes so that everybody can feel the same warm and fuzzies.

And we are sending best wishes and good luck to all of those who are participating in the Angkor Wat International Half Marathon in Siem Reap today!

Your Complete Guide to the Weekend Ahead
Weekend Fun Has Come