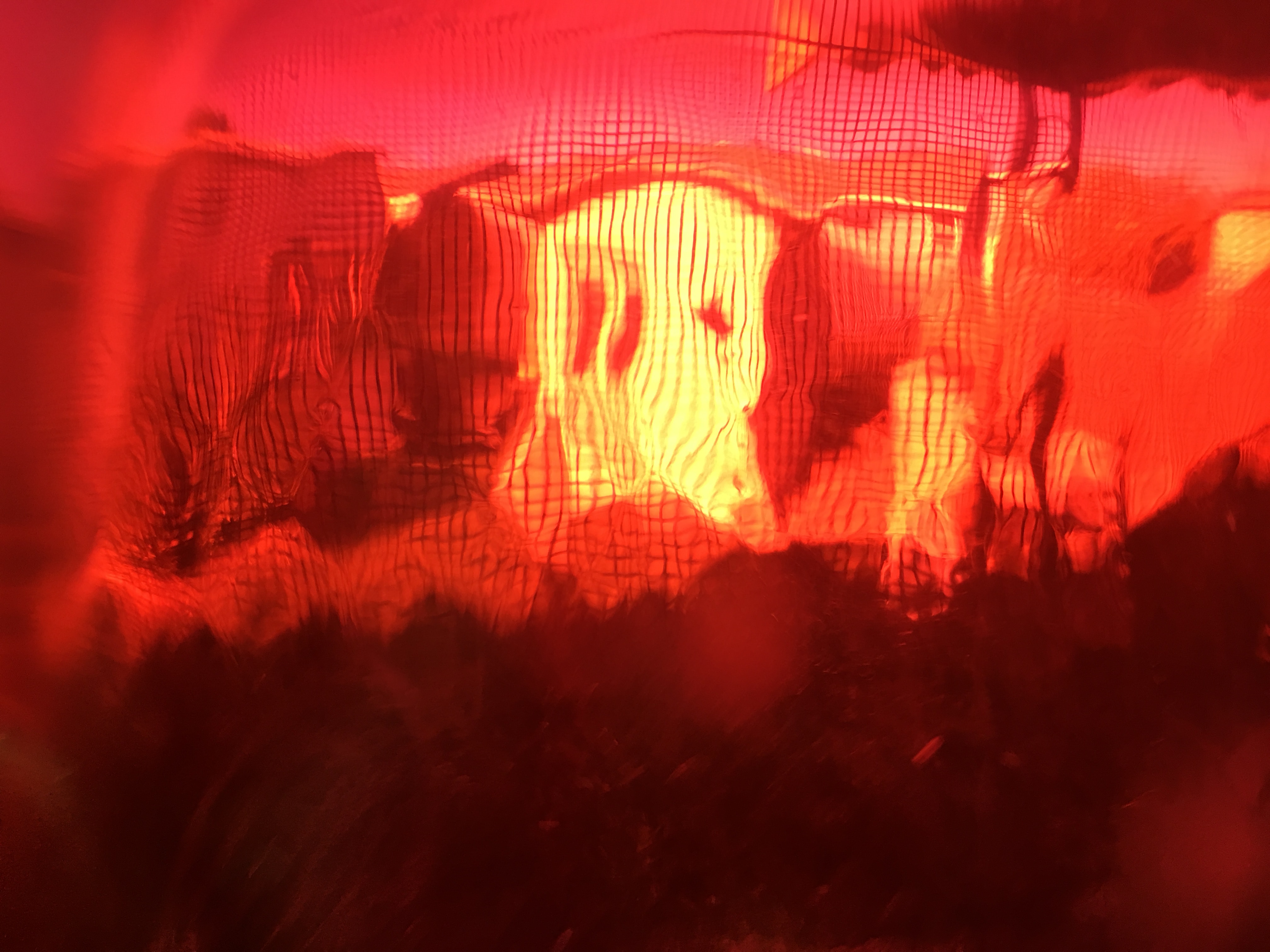 An area just over half of the size of Cambodia has been consumed by wildfires in Australia over the past four months, making their way from north to south in the nation’s most populous states. Satellite fires have popped up in other areas of the country to the west and heavy smoke covers vast regions, seemingly to ensure that the entire nation is united in the catastrophe.

As of publication, 28 people have died from the Australian bushfires, while the animal death toll is somewhere around a billion lives lost. And the fires continue to rage under a summer sun after months of prolonged drought and record-high temperatures.

Given the close ties between the Kingdom and the immense country to its south – and their intertwined diaspora – it’s not surprising that members of the Phnom Penh community want to do something to help.

An eclectic group of Australian expats, Cambodians and other members of the international community have joined forces to put together a cocktail party and raffle this Saturday at Sundown Social Club. In the past week, the number of participants – as well as the prizes in the raffle – has ballooned as more and more people are happy to find an avenue in which to direct their support. Proceeds from the event will go towards firefighters in Victoria, an Australian state that has seen areas ablaze since December and currently has the world’s worst air quality.

Casey Cox, an Aussie living in Phnom Penh who spearheaded the upcoming fundraiser, spoke with What’s On Phnom Penh about the overwhelming response, what to expect on Saturday and why these fires affect everyone.

Interview is edited for length and clarity.

How did this event come together? Who’s organising it?

I contacted Nathan at Sundown. Nathan is Australian, and he’s from Victoria, the same state as I am, and he said, ‘Yeah, I’m happy to host it here’, and said he would donate 100% of the profits, which is amazing. So I put out a Facebook message to about 10 Aussies that I know who are either living in Phnom Penh currently or recently left Phnom Penh. Within, like, an hour that group chat went from 10 to about 80 people. Just so many offers of assistance. So I’ve got another group of helpers that are doing all the raffle side of things. I’ve had a number of other girls that have helped me with graphics and content writing. And so yeah, I kind of got the ball rolling but I think this is bigger than just me doing it.

Cool. So the primary fundraising is from the bar and then the raffle. Where are the funds going to?

Because the firefighting is done on a state level, not a federal level, we have chosen to support the [Victoria] Country Fire Authority, the CFA. They’re basically a volunteer network. All of the firefighters in Australia pretty much are volunteers, which is pretty amazing. These guys and women are actually out of work – like, some of them have been fighting fires for nearly two months nonstop now – and they do get, I think, a stipend from the government for a certain number of weeks but outside of that this is all of their own time.

I’m not familiar with Australia, but I’m trying to understand: most of the fires have been in New South Wales and Victoria, but, well, it seems like every state has been hit.

So literally, it’s kind of running the whole east coast. Normally it would be in one state, so Victoria would send their firefighters to Queensland, New South Wales, for example, to help. They’ve not been able to do that because their own resources have been stretched beyond their limits in their own states.

And whilst things, I think, are definitely more under control now, Victoria, particularly, they’re expecting to actually worsen into February because that’s our hottest month. We’re in the middle of summer now. And, and so they are predicting that perhaps things are going to get worse in some states before they get better. Decent rainfall probably not until March, and of course their primary firefighting efforts are for protecting life, property, things like that, so if the fire is raging in a forested area where there isn’t any threat to life or property, they’re not going to put the firefighters in harm’s way to try and go in and extinguish that. It’s not worth that risk. So, there is a possibility that they’ll be burning at least for a month, maybe even more.

It’s hard to for me to comprehend…

It’s even hard for me to comprehend. I come from Australia and [bushfires are] now reality for anyone who lives in Australia,  particularly over the summer, but I am struggling to get my head around how large this is. I work for a wildlife organization [Wildlife Alliance] and just trying to get my head around the volumes of animals that have perished and will continue to perish. Now, not just because of the burns, but because their homes, their food, their water has all just disappeared, and so now they’re going to starve to death, pretty much, or die from dehydration, which is pretty awful. I think scientists have said it’s somewhere up to a billion animals now, between the two states of New South Wales and Victoria alone. And that’s not even counting South Australia which has just had horrendous fires on Kangaroo Island where there’s a population of koalas that [the fires] have literally just wiped out 50% of.

It’s not just Australians that are feeling this. This is everyone. This is a global issue of climate change. If you haven’t already been touched by climate change in the weather changes and the catastrophic events that that brings with it, you know somebody who has or you’ve seen it somewhere in the news.

So who are the vendors who are coming together for the raffle?

We’re still actually getting offers from people and businesses who want to donate which is amazing. Khmer artists have donated paintings which is amazing. Maybe 20-30 businesses. [Actually, there’s 36 individual and business donors as of publication, covering everything from art to restaurants to clothing and accessories to fitness and health.] We have so many raffle prizes it’s just been astounding. It’s a very wonderful position to be in that people just want to give so much.

If someone can’t go the day of or has to leave early, but still wants to get in on that raffle action, can they?

Absolutely. So long as they’re in touch with us before the raffle is drawn, which will be about 9pm at the event on Saturday. But tickets are for sale now. [Raffle tickets are $3 for one and $20 for 10.] We take down everyone’s name and a phone number so that if they’re not present during the raffle when it’s actually drawn, we will call them if they win a prize. We have some tickets at Ministry of Cat. Otherwise I am the primary point of contact so if people want to buy them, I’ve put my phone number on the event. They can contact me, and I’ll find a way to meet them before.

If somebody wants to help outside of, you know, drinking and buying raffle tickets, do you have suggestions of other things that that one could do to contribute?

Yeah, in addition to the fundraising component it’s actually to bring people together in a sense of community. So maybe they don’t want to buy a raffle ticket or they don’t drink, which is absolutely fine, but maybe they have also, like me, been inundated with news about this fire and they’re feeling pretty hopeless, or they’re really upset and don’t necessarily have a network of people that they can connect with to talk about that. I also want this event to be about that.

There’s heaps of articles these days on the kind of anxiety and depressive side effects one can get when faced with events like this and the feelings of hopelessness. And so, I guess this is kind of an opportunity to also take care of our mental health and actually meet with people and talk and sympathise and empathise and, you know, be there for one another.

Because of the network that I’ve now been put in touch with as a result of this event, if people do really want to help in some way, shape, or form, or contribute, and they have ideas about how to do that, I’m more than happy for them to reach out to me. If they have any other ideas, then I can certainly try and tap into that power network that I’ve got, and then go from there.

Did I miss anything about the event?

One of the girls in the raffle team is doing a ‘bake up’, so she’s going to be selling some cupcakes.

So yeah, there. But at the end of the day, you don’t have to buy or donate anything in terms of $1 amount. If you are affected and you want somebody to talk to, this is a good opportunity to meet with people to do that.

Photos by  Becca Lavin and Jordan Whitt on Unsplash