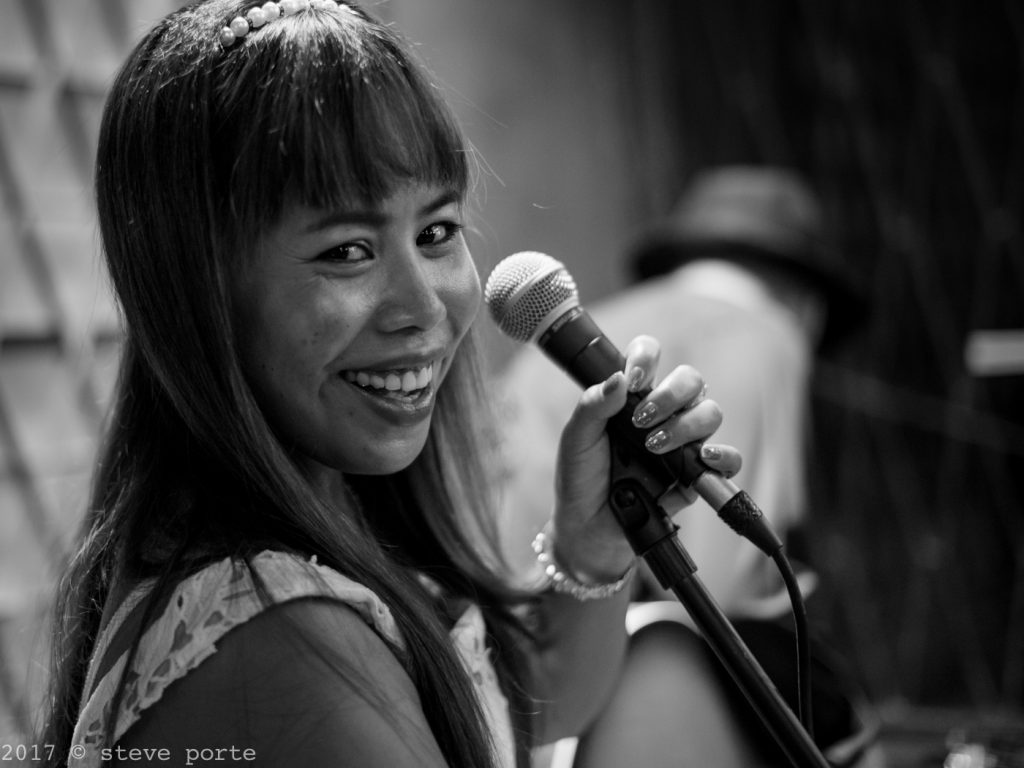 Cambodian Space Project frontwoman Kak Channthy, who passed away aged 38 in a tragic accident on Tuesday morning, was the vanguard of Phnom Penh’s musical regeneration.

Her rich, distinct voice with its soaring range and seductive reverberations, her playful sense of humour, and her magnetic personality gave a unique stamp to every song. Onstage, she was mesmerising, commanding the room and creating an atmosphere that make it impossible not to dance. I don’t believe The Cambodian Space Project ever had a bad gig.

Thanks to her ability to breathe new life into 60s classics like Pan Ron’s Love Like Honey and Ros Sereysothea’s I’m Sixteen, and to give that retro Golden Age sound a modern upgrade in her own music, Channthy was often called “the Cambodian Amy Winehouse” – but her contribution to the country’s contemporary music canon is so much more than that.

When she and Julian Poulson founded The Cambodian Space Project, they didn’t just form a band, they launched a movement. The band has played a central role in reviving the country’s incredible pre-Khmer Rouge rock’n’roll, picking up from where it was so brutally cut off, inspiring other Khmer musicians to do the same, and bringing modern Cambodian rock music to the international stage.

Since 2009, they’ve released five albums, played gigs and festivals the world over, been the subject of the feature film Not Easy Rock & Roll (screened by the BBC), created the ambitious rock opera Hanuman Spaceman, and just last year landed a contract with a major Australian record label. The last of these made them the first Cambodian band to be picked up by an international label.

Even more impressively, like Ros Sereysothea before her, Channthy overcame serious odds to pursue her ambitions as a singer. Born during wartime and raised in poverty in the countryside before moving to Phnom Penh and hustling nervously for her first gigs, her story is one of courage, determination, and resilience.

The band’s music videos and artwork, which often depict her as an extra-terrestrial Apsara fallen to earth and battling for survival, aren’t just futuristic 60s kitsch, they’re also a pertinent metaphor for this extraordinary woman with an innate and compelling talent, who was launch into an unfamiliar landscape and fought with grace and brilliance to become the legend she was.

Tonight, Channthy was scheduled to perform with close friend and creative collaborator Sao Sopheak at META House. To celebrate her life and music, and to raise money to support Makara, the young son she leaves behind, the evening is still going ahead. It will feature music spanning her career in place of the live performance. From 9pm, Saturday 24th March @ META House, Sothearos Boulevard

Also at META House, photographer Steve Porte has spent years capturing Channthy’s finest on-stage moments, which will be featured in a new exhibition alongside photographs of other leading Cambodian musicians and bands. Opens 6pm on Tuesday. The exhibition is free, but donations to help support Channthy’s son are welcomed.

And at Space Four Zero’s Wang Dang Doodle, the retro art gallery and performance space owned by Channthy’s friends and bandmates, all money made from sales of prints, vinyls, CDs books, and other merchandise this weekend will also be donated to the fund. Wang Dang Doodle, St 240 1/2

You can also donate directly to the fund here.