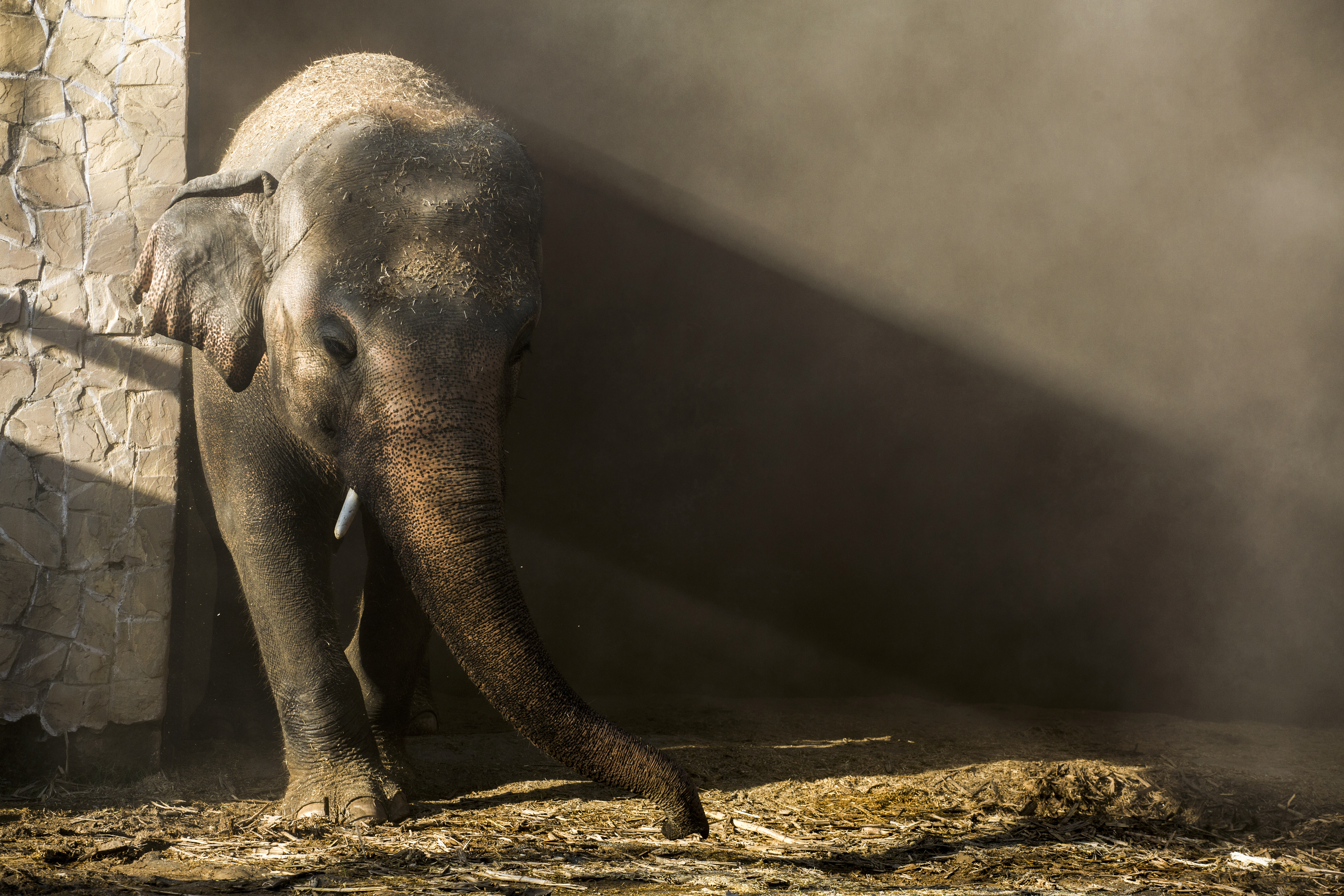 Do you belieeeeeeve in life after love? Well, Cher clearly does. She’s hoping that Kavaan – a 36-year-old, five-ton male dubbed “Pakistan’s loneliest elephant” since his mate died six years ago – will get a second chance at happiness in the Kingdom of Wonder.

Iconic American pop singer Cher is a passionate advocate for animal rights and has campaigned since 2016 to move Kavaan to a better home. The elephant was given as a gift from Sri Lanka to Pakistan when he was born and has remained at Marghazar Zoo his whole life. Since his female partner, Saheli, died six years ago, he’s been the only Asian elephant living in the whole country – and the grief reportedly made him depressed and aggressive.

As well as the loneliness, conditions at the zoo were dismal for poor Kavaan, who spent nearly two decades bound in chains, unable to move freely. 200,000 people around the world signed a petition calling for the Pakistan government to give him a more humane place to live. The case finally reached the Islamabad High Court, which ruled that he should be freed.

But bringing such a huge animal from Pakistan to Cambodia has been a task of, well, elephantine proportions. Cher’s charity, Free the Wild, worked closely with the international NGO Four Paws and even the Pakistani military to organise the complicated journey.

Dr. Amir Khalil, International Director of Project Development for Four Paws, travelled to Islamabad to form a bond with Kavaan, get him healthy enough for the journey and train him to get used to the enormous crate. The elephant also had to be tested for Covid-19 before he could be flown to Cambodia.

But after months of planning, all that hard work finally paid off. Kavaan the no-longer-so-lonely elephant arrived in Siem Reap on Monday 30th November – and Cher was even there to greet him at the airport.

“I am very proud of our organisation for making history with this rescue mission,” said Josef Pfabigan, Four Paws CEO, in a statement. “With Kaavan’s transfer to a species-appropriate sanctuary, we demonstrate how life for so many animals can be improved which are still kept in substandard zoos around the world. Four Paws stands for revealing suffering, rescuing animals in need and protecting them.”

Here’s the lucky elephant making his first steps at the Kulen Promtep Wildlife Sanctuary in Siem Reap, where he’ll have all the space he needs to roam and will be living with other elephants for the first time in years.

#FreeKaavan 🐘: First steps in his new forever home!🌴
It is already dark and difficult to see, but we still want to make sure you are a part of this milestone – Kaavan stepping foot into the sanctuary in Cambodia for the first time. pic.twitter.com/pDeTvwrz6U

Continue Reading
You may also like...
Related Topics:featured, wildlife

Riding the Yekowave: The Kingdom’s First Sustainable Sportswear Brand
The best gift is one that gives back