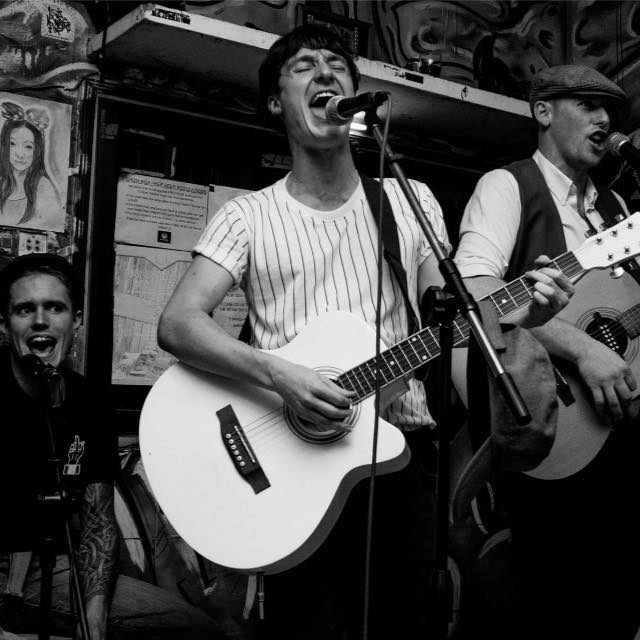 Yeah, it’s complicated! Botanico will be hosting ‘Complicated Business’ on Friday (21st).  Botanico promises a ‘rockin way’ to start your weekend. A  perfect way to overcome the impending dread of post Khmer New Year Blues! So it is time to listen to some great rock and roll in the garden!

Born in a swimming pool in Kratie province, Complicated Business are a three piece electro acoustic group that play a set of all-embracing tunes that take in everything from the Velvet Underground to George Michael to the Ramones to Neil Young to the Red Hot Chili Peppers to The Pogues.

After having their first gig shut down by law enforcement due to noise complaints, the band decided to add drummer/guitar player/ angelic vocalist Ronan Sheehan to the mix and he now joins guitarist/vocalist Rude Boy and guitarist/vocalist Jack Dodd in a line-up that is ever growing and ever flourishing.