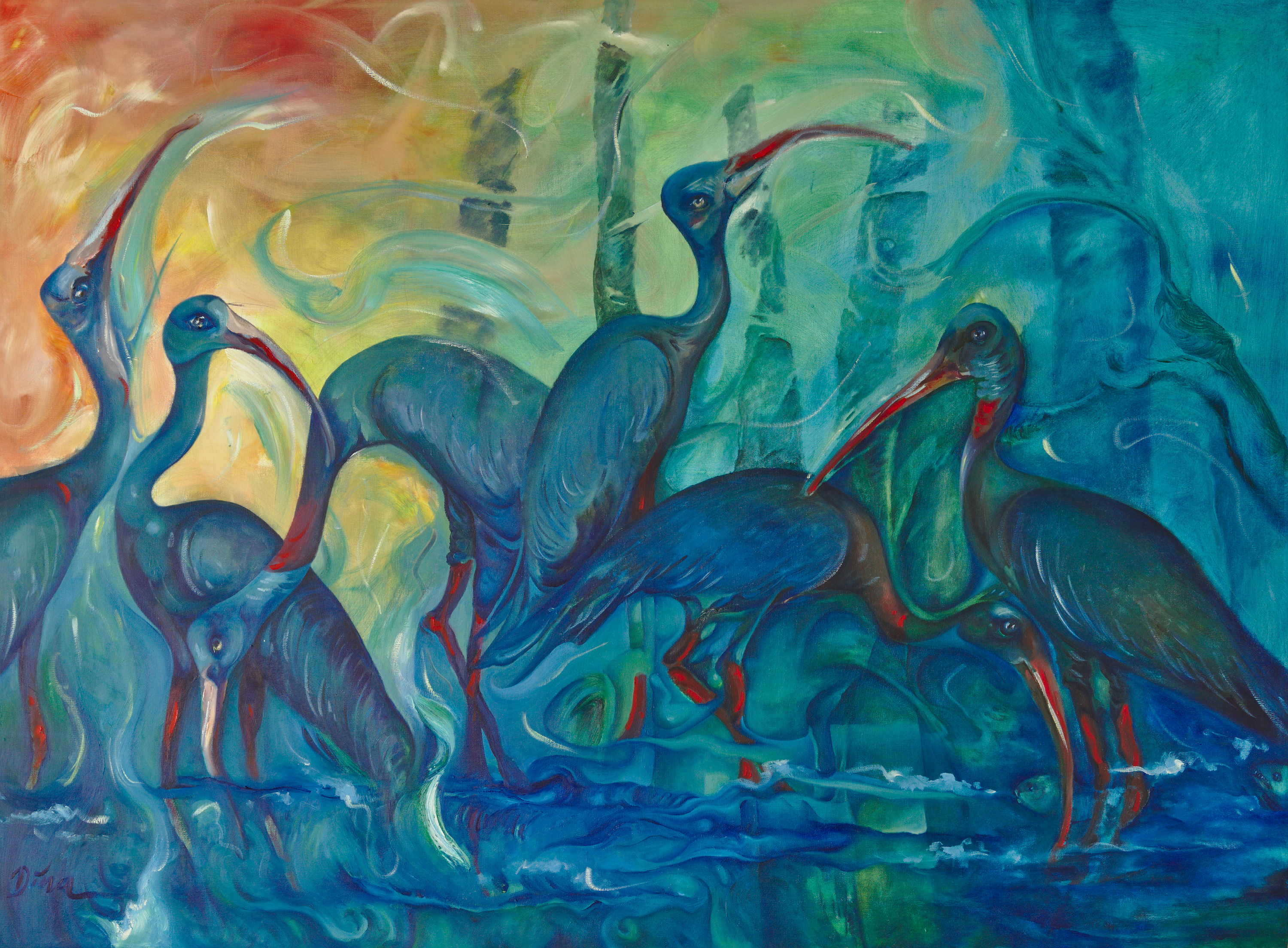 Led by internationally acclaimed painter and sculptor Chhan Dina, some of the Kingdom’s most prominent artists will host a one-night exhibition and charity auction in Phnom Penh on Thursday 27th July. We talk to Ritchie Munro of BritCham, supporters of the event, about why this matters – and about the challenges facing artists in Cambodia today.

For many art lovers, the fact that Cambodian artists of this quality and stature are so rarely exhibited on their own turf is something of a mystery. While new skyscrapers spring up every week and Cambodia’s economy balloons year on year, its world-renowned creatives still struggle to find a permanent home for their work, with many emigrating to find recognition or even support.

Thankfully, there are quiet efforts underway to change this – including Thursday’s exhibition and auction, held at The Plantation, where members of the public will have a chance both to view and to buy unique pieces for themselves.

Many of the artists taking part, including Chhan Dina, fought serious obstacles to get to where they are today. Chhan, who spent much of her childhood in refugee camps and received her first artistic training from an American artist who happened to spot her modelling figures from dirt, benefitted from the Cambodian Living Arts’ fellowship program – as did all the artists involved in the show.

Now, these artists hope to foster the next generation of artists by donating much of the proceeds from Thursday’s auction to Krousar Thmei, a development organisation that (among other projects) offers training, resources and raw materials to aspiring creatives in the Provinces.

The Business of Art

It’s not just a lack of access to opportunities that holds Cambodia’s artists back. An underdeveloped local market of art buyers is a major problem – as is a lack of understanding about the difficulties involved in making a living out of art.

“There’s a real problem here with educating artists about what it’s actually like to be an artist once you graduate! You pretty much know in the UK, if you’re in an art school, you’re going to face being quite poor or having to work quite hard or having to change maybe the direction that you go in order to make money. That’s kind of an agreement that you come to before you enter art school,” explains Ritchie.

“Here it’s not really taught in the same light, or it’s not really understood in the same way. But it’s an expensive city, right? The third most expensive capital city in ASEAN. So it’s not like people can sell an art piece for $10 or $15. They’re putting a lot of work in, they’re paying rent and electricity. It’s a really difficult rope to walk if you’ve not been prepared for it. It can be quite a shock.

“So there’s a big push from guys like Cambodia Living Arts to teach people how to be a self-sustaining artist once you graduate. You have to promote yourself. You have to be more business-minded.”

For fellows of the Cambodia Living Arts graduate programme, which counts Dina and several of her co-exhibitors at the Plantation among its ranks, the message has clearly been heard and understood, with impressive results.

Dina, of course, is a full time artist with her own studio, who exhibits and sells all over the world. Others have gone on to found the Phare Circus in Battambang – which trains kids from difficult backgrounds in theatre and circus skills, producing phenomenal shows in the process – or founded Sabay TV, Cambodia’s first online TV channel.

As Ritchie points out, this goes beyond fostering an interest in creative expression. It also forges new career paths and opportunities in the long run, helping to create a increasingly dynamic and prosperous country.

“The last five years has just seen the first rise of subculture in Cambodia for probably 50 years. So people are finding out what that means to them, and where they fit in, and then business starts to fit into that,” he says.

“And I think that comes as an exposure to culture, to art. And a product of that is then new art, new ideas, innovative businesses. We’re just on the cusp.”

The exhibition and auction will take place from 6pm-8pm on Thursday 27th July @ The Plantation, St 184. Admission is Free.

***Update: As of 28th July, bids are still open on many of the paintings – so there’s still time to pick up a masterpiece! The paintings have now been moved to The Exchange. Head over this week to take part in the silent auction***

Our Pick: UPSIDE DOWN by Oeur Sokuntevy
Baitong Festival Hopes to Paint the Whole Town Green