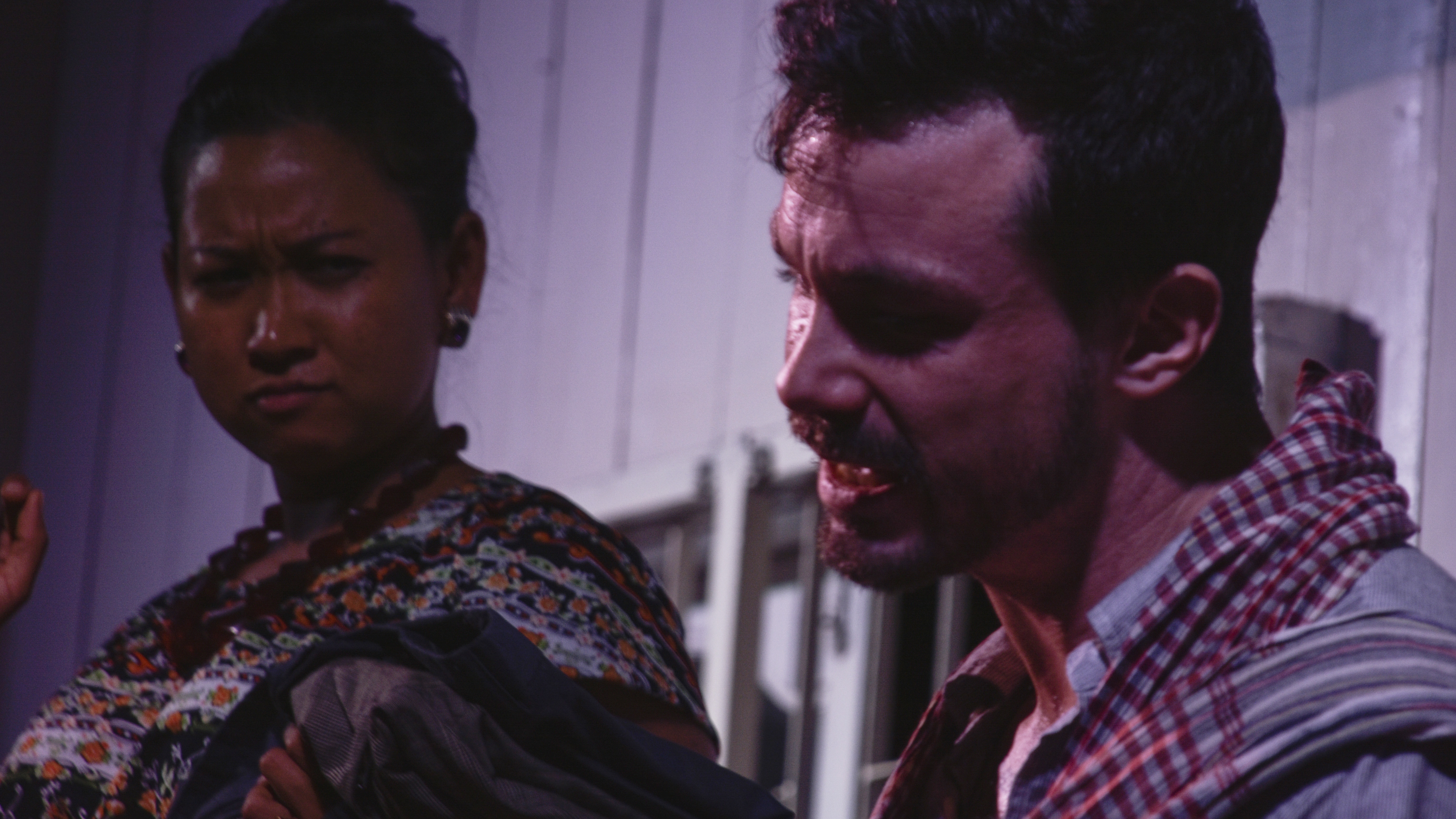 When the 1960s rolled around, it seemed Phnom Penh’s moment had come. The country had shaken off colonial rule, embraced its charismatic Prince-turned-politician, and developed a popular, moderate policy of Buddhist Socialism, ostensibly designed to bring education and financial security to the masses. The film industry was flourishing. The music scene was unique.

Then, in a matter of years, it was destroyed.

In this adaptation of John Van Druten’s classic Broadway play I Am a Camera, the story is moved from Berlin in 1930 to Phnom Penh in 1969-1970… the last throes of the city’s Golden Age. Weaving humour and poignancy, it tells the story of seven friends: Sally, an American singer and aspiring actress; Chris, an English writer; Kosal, a struggling Cambodian entrepreneur; Linh, a Viet-Cambodian student; Clive, a rich American playboy; and Chanthavy, Sally and Chris’ eccentric Khmer landlady.

Against the backdrop of a vibrant city that is gradually encircled by war, the friends navigate ambition, heartbreak, conflicting loyalties, and the racial tensions that erupt into violence around them.

The production is partly a love letter to a Golden Age cut brutally short, partly a satire on a self-absorbed expat world, and partly a reminder that history – or, at least, the hatreds in history – repeat themselves, always to the same end.

We see the creeping hatreds and paranoias that take hold when people need a scapegoat, and the impact on ordinary people forced into that role. We see the chasm widen between those that dip their toes into a country like Cambodia but can leave when they choose, and those for whom political upheaval isn’t background noise, but an urgent, dangerous and inescapable reality.

The show opens tomorrow, and with just four dates in Phnom Penh, make sure you grab your tickets from KWest, Lot 369 or The Box Office before they’re all snapped up!