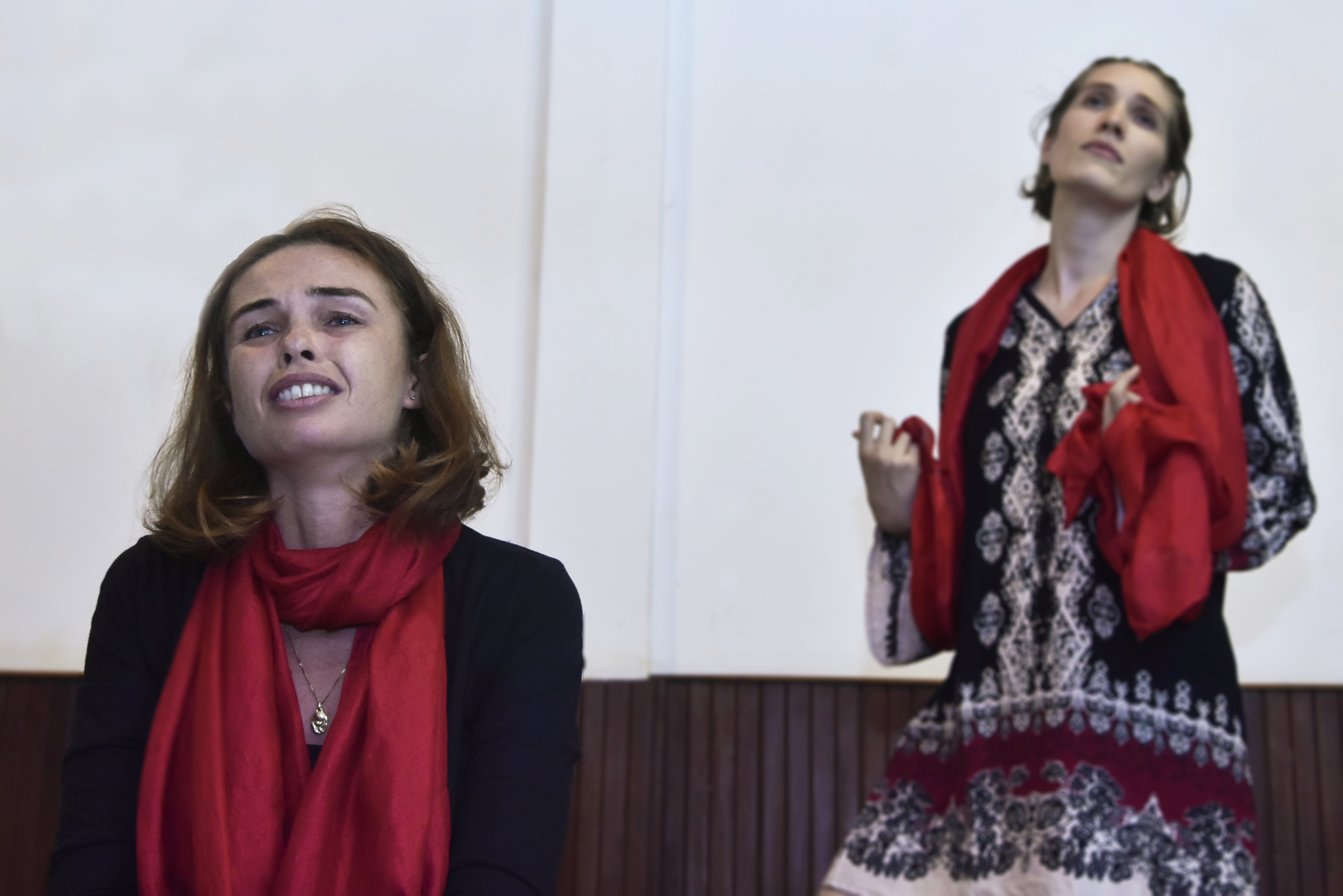 Despite last year’s sold out success of the Vagina Monologues, director Shauna O’ Mahony felt there was room for improvement.

“It was fantastic, but we realized we still hadn’t actually been reaching a Cambodian audience,” she said on Wednesday’s final rehearsal for this year’s edition, opening on Friday at Chinese House.

This year, Eve Ensler’s 1998 show based on interviews with over 200 women is just one part of Cambodia’s first feminist art festival, Phnom Fem Fest, premiering this Saturday.

O’Mahony, who performed in last year’s production said she wanted to have the opportunity to promote and expand the message the play has for a wider Cambodian context by reaching out to local women’s NGOs, musicians, artists and influencers, turning what was originally conceived as 3 nights of theatre into a 12-hour feminist festival experience.

“We want to put these girls on a pedestal to inspire other Cambodian girls and we want to create an environment, a community of women within Cambodia,” she said.

Partnering with organisations like Safe Cities for Women, and SHE Investments, O’Mahony said it was an opportunity for various groups to collaborate and create a stronger network within Cambodia, with the festival aiming to promote their work to a wider audience.

“The festival has gathered a lot of attention that these NGOs can’t individually direct to their cause so they actually get to showcase their work and bring it to the wider public which hasn’t been done before,” she said.

Alongside the festival, several of the monologues in this year’s edition of Vagina Monologues have been translated and will be performed in Khmer.

Actress Leakhena Setha, who first appeared in Phnom Penh Players’ I Am A Camera, said she was excited her monologue would instantly be more relatable and accessible to Cambodians who may not have come to see it if it was only performed in English.

“I’m trying to encourage other women as well, the ones who are still insecure about themselves or the things they want to do but they can’t,” she said.

Setha, an architect who previously studied abroad, said she understood she came from a position of privilege in being able to perform in VM, and her life was not in line with traditional Cambodian gender norms, but said there have been baby steps toward progress.

“For Cambodians, they criticise anyone who dresses “indecently,” she said.

“They don’t mean it as a bad thing, they’re concerned about the traditions but it’s starting to become more accepted a little bit, because we’re in a modern day.

“In my own circles I don’t get criticised but in others I do, because I work, I studied abroad, I live by myself, I’m more independent than my other Cambodian friends.”

O’Mahony, who’s been extensively involved in Phnom Penh’s arts and culture scene, noted from the public reaction to the festival and the local media attention it’s received that it was the right time for a broader feminist network to establish itself and hopes the festival will act as a launching pad.

“Getting a gauge from people involved in the arts, this is the easiest thing I’ve had to market, there’s no one that disagrees that this is important,” she said.

“Cambodian women want to talk about women’s issues and they want it to be okay… we’re meant to arouse curiosity and hopefully we’ve done that.”

Featuring live shows from Vartey Ganiva, touted as Cambodia’s first female punk rocker, a drag show by the performers from Blue Chilli, as well as NGO stalls, live painting and a Nerd Night presentation, curiosity is bound to be sparked.

All profits from Phnom Fem Fest go directly to Early Years Behind Bars, an initiative from a local human rights NGO that supports women, mothers and children in Cambodian prisons.

Catherine Harry, Cambodian vlogger who has blasted into international acclaim thanks to her no-holds-barred videos on women’s health and feminist issues said Cambodia’s immersion in social media and global networks meant that issues surrounding women and feminism have become far more accessible.

“Feminism has spread into the mainstream media all over the world, and that seeps through to even countries like Cambodia,” she said.

“Young people are aware of the movement or at least are curious about it. I think it’s a great step forward.”

Ream Dreams: A Farewell to Monkey Maya
What to Do In Phnom Penh This Weekend