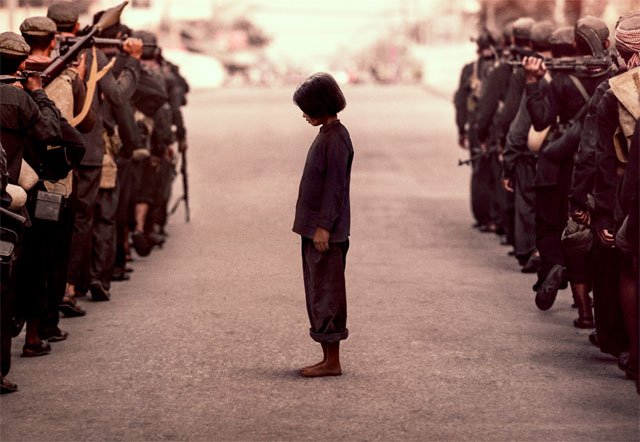 Now in its 8th year, the Cambodia International Film Festival 2018 is underway, with a bigger and better lineup than ever before.

This year sees both new Khmer films and a selection of classics from the country’s Golden Age, plus a special selection of films from Bhutan, a number of animations and documentaries, standout “first features” from new directors across the globe, and top international films.

These will be screened at Legend and Major Cineplex cinemas around the city, as well as the Bophana Centre, the French Institute, Chaktomuk Theatre and even at a series of special open-air screenings on Koh Pich… and all films are completely free of charge.

Check out the full schedule here (note: you need to scroll down for different venues).

For a real movie-going treat, grab a picnic and head over to Koh Pich on any night of the festival for a laid-back open air screening, starting each evening at 6.30pm. The films on offer are Angelina Jolie’s First They Killed My Father (Tuesday 6th), a selection of short films from Cambodian directors and/or filmed in Cambodia (Wednesday 7th), the conservation documentary A Cambodian Nature Film (Thursday 8th) and, for families and kids, cartoons from around the world (Friday 10th).

Alongside the global hit First They Killed My Father, this is a great chance to catch work from lesser-known directors working in the Kingdom.

The Cambodian feature films showing this year are: historical drama Loung Preah Sdech Korn (Mao Ayuth, 2017), horror film The Witch (Huy Yaleng, 2018 – see trailer below), about a rural businessman accused of witchcraft after his injury coincides with a series of sinister happenings in the village,  The Path (Jeanne Labrune, 2017), depicting the developing connection between a Catholic missionary and a Buddhist monk during their shared visits to Angkor Wat, and surrealist piece Inside the Belly of a Dragon (Hugh W. Brown & Ian Wiggins, 2017), which follows the journey of a disenchanted Irish clown through the beautiful Cambodian countryside.

Return to the Master

One of the great filmmakers of the 60s and early 70s, Ly Bun Yim continued to produce acclaimed Khmer classics right up until the fall of Phnom Penh to the Khmer Rouge in 1975. This year, CIFF honours his memory with screenings of three of his most famous works: 12 Sisters (1967), Khmer After Angkor (1972) and Sobasith (1965). All three deal with themes of fate, rebirth, and the fraught bonds that bind friends, family, and lovers.

Visits to Bhutan, famed for its commitment to environmental protection and choice of a “Gross National Happiness” index over GDP, are out of reach to most travellers – visas are hugely expensive and very hard to come by.  This makes CIFF’s schedule of Bhutanese films especially fascinating, offering as they do a genuinely rare glimpse into the mysterious Kingdom.

The films on offer focus on issues at the heart of a closeted country on the cusp of changes, both within and outside its control: in particular, Buddhism and traditional values in a slowly modernising nation, and the potentially catastrophic impact of climate change.