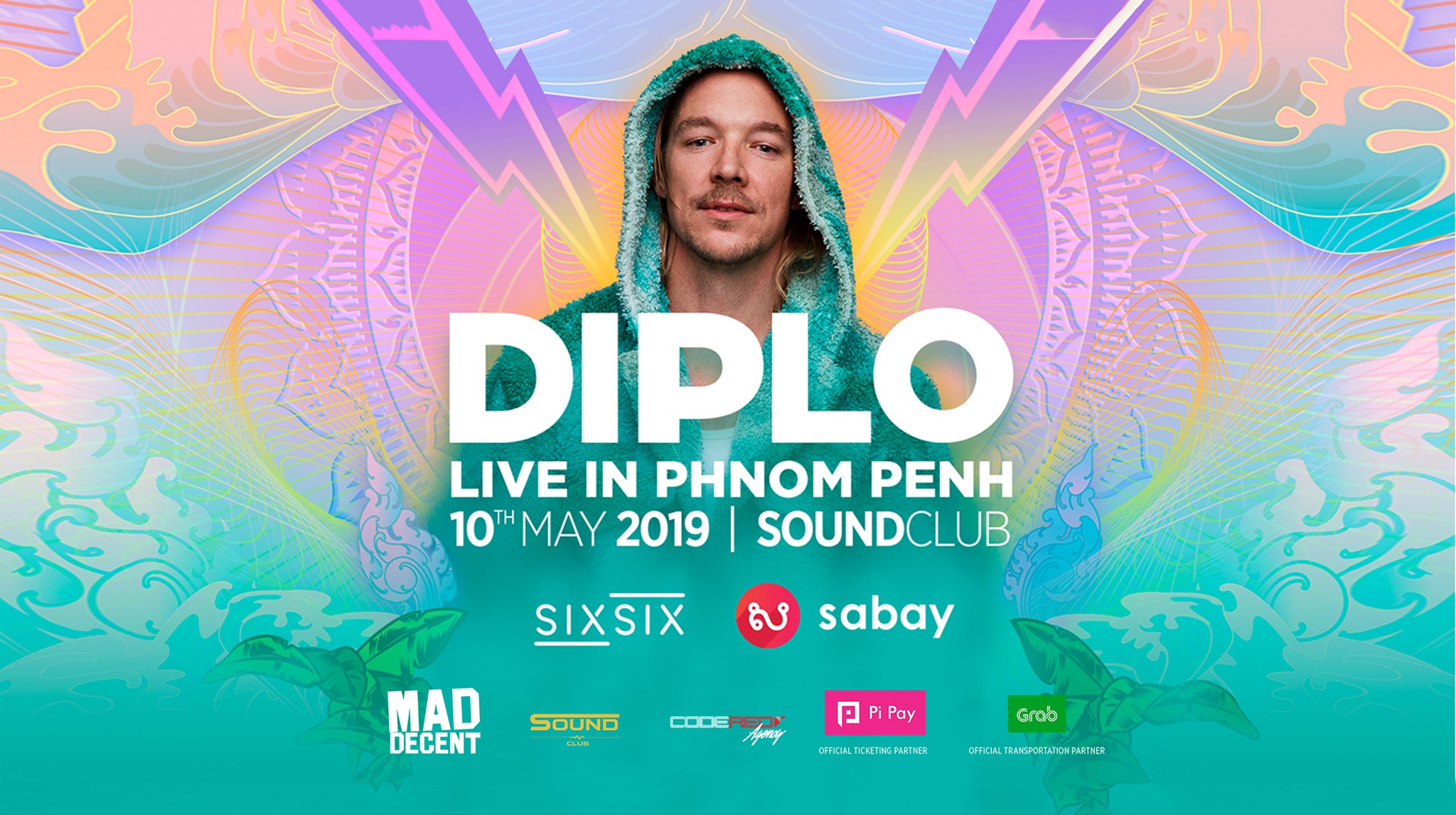 Storm Boy screen at The Flicks from 8:30pm. If you’ve ever felt the weight of loneliness or the enjoyed the companionship of a pelican on a remote island, this is the movie for you.

As always, Cloud is getting experimental from 8pm. Metal your DJ Set is promising a theatrical performance jumping across musical genres, from Hip Hop to Black Metal.

The big one tonight comes from the global EDM legend DIPLO. All ravers throughout the Penh will embark on the Sound Club from 9pm for the party of the night.

Still a little too hot out there? Well, the air conditioned oasis of The Flicks is helping you think cooler with its screening of Arctic from 9:45pm. The film is an epic tale of struggle, survival and adventure after a helicopter crash at the top of the world.

5 Drunk Men hosts a special evening of Cambodian music from 4pm. It’s a perfect chance to listen to some beautiful music and catch the Phnom Penh sunset before your Saturday kicks off.

Josefina Fuentes will get your hips trembling from 8pm at Alchemy. Latin NIghts with Havan Kings will be the party of choice this evening for those who really know how to move.

Still recovering from DIPLO? Well kick back at Cloud for a chilled out Music Trivia Night from 8:45pm.

The lazy Gecko is inviting everyone to come celebrate the face of the bar’s birthday. Todd will kick off the festivities from 8pm and if you want a good old fashioned messy party full of shots and cute dogs, this is where you should be.

One of Indonesia’s finest kicks off the party at Club Love from 10pm. DJ Stan will keep you jumping until 4am.

From 9:45am The Factory is hosting a talk on LGBTQ issues in the Kingdom. Talk with Pride will kick off a much needed conversation about the issues and invite the audience to contribute.

Shake off those Friday night cobwebs from 12:15pm at The Olympic Stadium  with some of the best combat training in town. Learn Sambo and get thrown around like a Soviet defector.

Something for the kids, or any adult with a morsel of humanity, the Lego Movie 2 screens from 10am at The Flicks.

What’s On Your Mother

Yes, it’s Mother’s day and a plenty of lovely restaurants are ready to cash in.

Hard Rock Cafe is offering a complimentary dessert and a flower if you bring her along for some lunch. Rock n’ Roll eh?

Sofitel is the place to give your mother, and yourself, a ludicrously decadent and indulgent afternoon. It’s not cheap but it certainly is lovely.

That’s all for now folks

What To Do In The Penh THIS Weekend
Tantric, Tumultuous, Fractured & Afloat