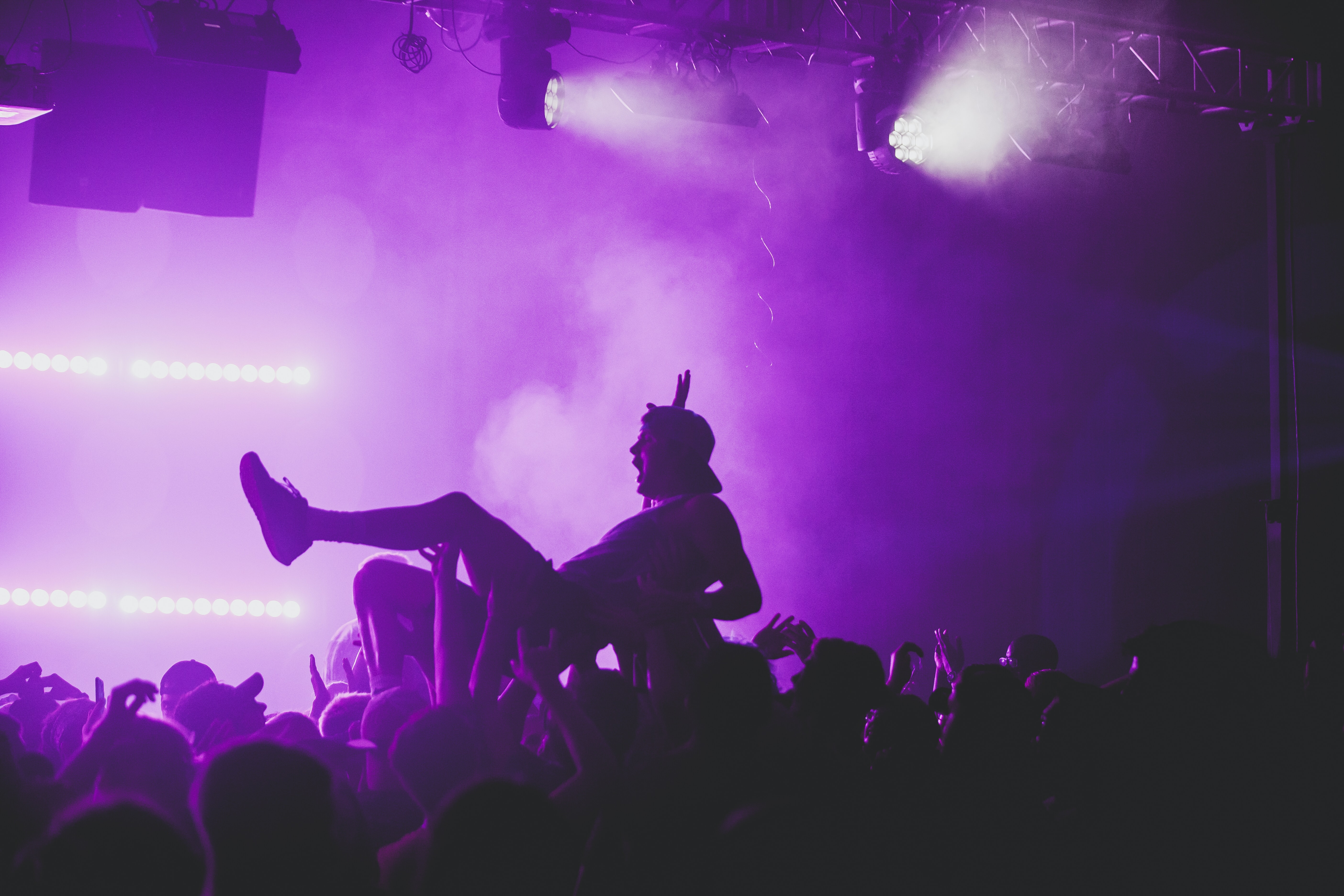 Get Your Dancing Shoes!

Photo by Zach Lucero on Unsplash

He Named Me Malala is a documentary about the youngest person to win the Nobel Peace Prize, Malala Yousafzei. The film retells how she came to win that prize – how, as a 15-year-old, she would speak out against the Taliban for blocking girls from school, how this made her a target of the terrorist group and how she suffered a vicious assassination attempt, and how she continued to speak out, undeterred, after she’d recovered.

Known as “The Sound”, Stan Getz was one of the most influential saxophonists of all time, known for playing bebop and cool jazz. Tonight, saxophonist Gerard Evans will lead a quartet in paying tribute to Getz as part of Jazz and the City.

Little Thieves – with the sound of a Bob Dylan mixed with the soul of a Sid Vicious – have created original tunes “for this jilted generation”. Their show is followed by K ‘n’ E, Khmer and English and early rock and roll.

This is Ska Friday! – a night dedicated to the brass-instrument-laden dance music – features live music by big band Checkered Past followed by ska DJ Airfix Twin.

Kicking off the 11th Photo Phnom Penh fest, tonight’s opening ceremony at the Institut français includes an exhibition of works by Hann Enong, Stéphane Lavoué and Yun Ranuth; a screening of six other Cambodian and European artists and live music by Ly Vanthan.

The Community of Artists, a collective of roughly 20 artists, is holding its debut art show at Mealea Restaurant’s organic skybar at Palace Gate Hotel. The show, themed “nature”, is “a cry from the heart of the artists for the plight of the fragile world of flora and fauna. Birds and beasts, elephants and lions, magpies and hummingbirds and cranes”. Ticket entry includes freeflow wine and buffet, DJ dancing and a live art auction. A portion of the funds raised from the show’s $25 entry will benefit the Shanty Town Spirit Ermine Norodom Association.

Sra’Art is holding another wine pairing for its hanging exhibit “The Art of Detachment”. Wines and tapas are selected to match the artwork on the wall, which are given an overview through a curated tour. Entrance is $25.

Fire performer and digital light artist Aaron has gathered together an all-night lineup of the city’s underground DJs to help him celebrate his birthday at a day-glow 80s-themed party. There’s even an MC! Dance sound is house, tech-house, garage, hip hop and drum and bass.

Shibui Q (after he plays at Aaron’s birthday party above) will be joining Nick E. Meta on the decks at Meta House’s weekly techno/house/electro dance party.

If you’re in the mood to see something terrible – like, really bad but brand-spanking new and with lots of effects and explosions and outer space and stuff – then check out 2067. It has a score hovering above 4.5 (out of 10! That’s hard to do) on IMDB, and Rotten Tomatoes has it at 28%. But, you can drink beer while watching it, and nobody will probably mind if you gleefully yell at the screen. And it does have space and time travel and a dystopian future which are always fun, so, like… date night?

Swing dancing is the most raucous, free-spirited and tiring (at least from the outside perception) form of partner dancing; in short, it’s a good time. Tonight the Femke Quartet, joined by Intan Andriana, will perform swinging dance tunes for Alchemy’s large outdoor dance floor. Come early and there’s a free 30-minute swing lesson to get you started.

Nobody sounds better than you? Prove it at Mic Drop Karaoke. 99 Boyz’ Mike Dynamo has set up a professional stage, lights and sound system so that you (and your friends, and the other people in the bar, etc.) can prove your chops with the best set up possible. He’s paired up with spirit-maker Cocalero to give a free shot to anybody who’s wearing green.

Ege’s celebrating the two year anniversary of his bar with a massive lineup of live music (five bands – Mirasol Aguila, Little Thieves, The Blue Souls, Psykic Elektric and Face Slap – and one DJ). The $5 entrance fee is going directly to the bands and includes a free draft beer.

For your dose of heavy metal, head up to Oscars on the Corner where a triple bill will make you thrash till your head rolls off. Doch Chkae, Blood Bricks and 4AM are playing this free show.

Zeppelins continues its month-long send off with fun, poppy and talented singers Ariane and Scoddy, together performing as The Sock Essentials.

After a tour of its hanging exhibition, Sra’Art is inviting poets, dancers and musicians onstage to perform their own interpretations of the artwork.

Hometown Hangout may be a small neighbourhood bar, but don’t let that stop you from shimmying between the chairs and shaking your booty to the tunes at their reggae night. To give you the gumption, they’re serving up $2 jungle juice cocktails.

LF Social Club’s outdoor bar will glow even more tonight as Sparkle Act (aka Hande Gülaçar) dazzles with a live fire performance, spinning flames on hoops encircling her. DJ Xenia will provide the music for the night – melodic, deep and progressive house.

Wildlife conservation group SVC is giving a sunrise walking tour of Phnom Penh with expert bird guides pointing out the Cambodian Tailorbirds and Indochinese Paradise Flycatchers. Pre-tour coffee and pastries and post-tour brunch and bottomless beverages are included in the $62 fee.

The fourth instalment of Azure’s social enterprise market is popping up today. Featuring a variety of items from local businesses, such as Clothesline Resale Boutique, Lyly Ice Cream

and Bodia, this market will also have tarot readings by Eileen McCormick and henna painting by Princella Anum Gill.

Musical, romance, fantasy La La Land was the talk of the town when it came out in 2016 and ended up winning six Oscars – though not for Best Picture, which Warren Beatty had mistakenly announced (and then kinda threw Faye Dunaway under the bus for) at the awards ceremony in an embarrassing gaffe. Still, the fact that it was nominated and that people had believed it had won for about 90 seconds is probably a good sign that it’s a great film. Plus, all the other awards it won…

Table 6 Miniature Harmonica Orchestra is honouring its departing member, Karen, with one last concert. Tacos Kokopelli will be serving up free food for the special occasion.

Round out the weekend with some smooth jazz, courtesy of Intan Andriana on vocals, Stan Paleco on guitar and Andrey Meshcheryakov on bass.

This is exactly what you need at the end of the weekend of going out – Detox Day. Maya Garden has organised a morning of yoga, detox drinks, healthy cooking and eating. 🙂

What’s On This Weekend?
What A Weekend!