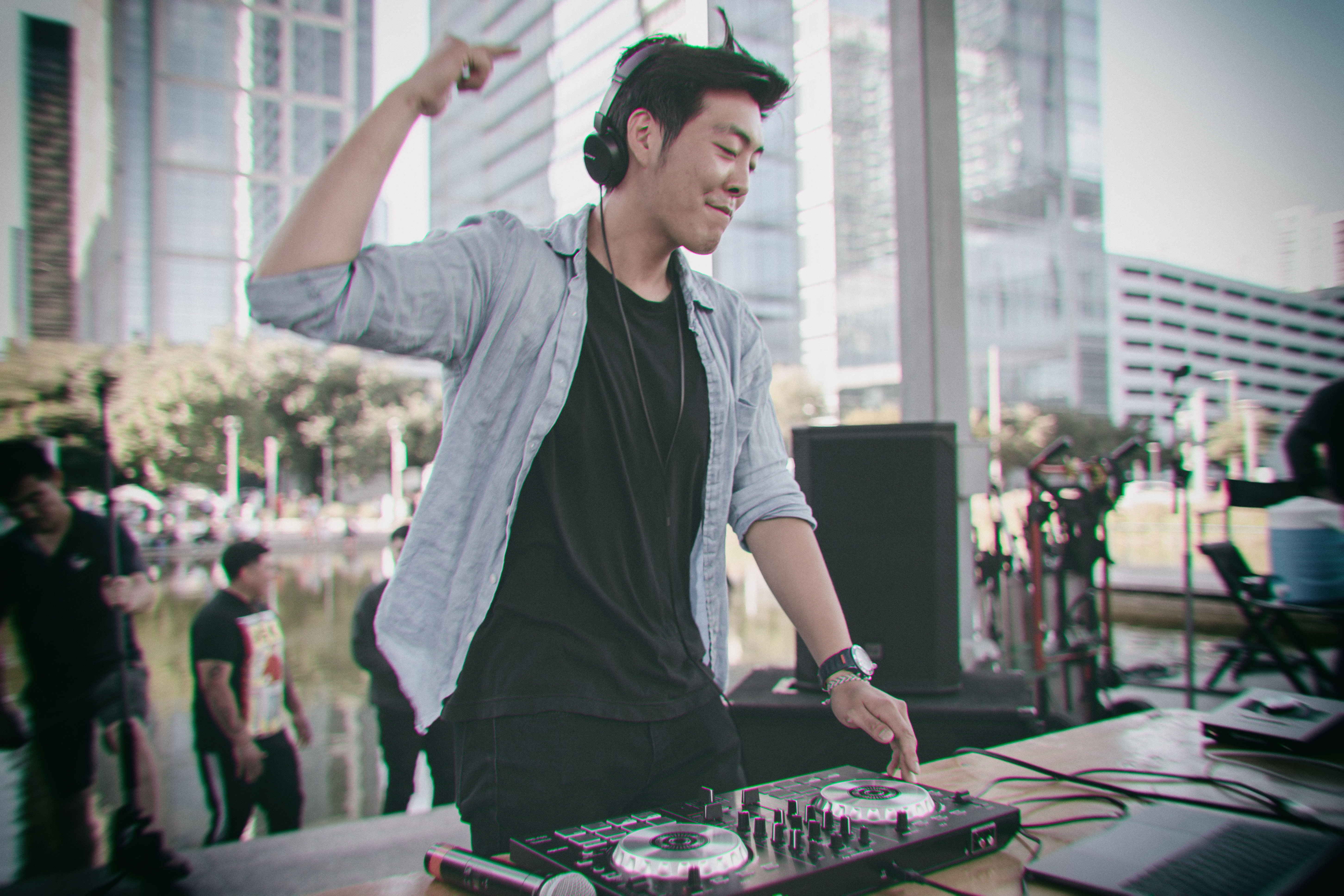 Photo by Skullector R on Unsplash

The Arts4peace Festival launched last night, bringing ten days of Cambodian art and culture to venues around the city. This year is a special year as it marks the 20th anniversary of the fest’s organizer, Cambodia Living Arts, as well as 40 years since the fall of the Khmer Rouge.
Starting at 2pm today, the Institute of Foreign Languages (IFL) will have three back-to-back events around the theme of intergenerational dialogue: an inscription printmaking workshop, a talk about the importance and significance of archiving and a workshop on how dance and movement can open up dialogue.

2-5:30pm, Institute of Foreign Languages, Russian Federation Blvd.
Arts4peace continues on in the evening at Cambodia-Japan Cooperation Center (CJCC) with a screening of yike opera Mak Therng, which follows the hero as he tries to find his wife after she was kidnapped by (the presumably evil) Prince Pyanoy.

Garage Fest is also starting this weekend. To clarify: this is a festival for garage rock (pronounced like an American says “garage”), not to the early-aughts, UK throwback-to-the-80s pop style called garage (pronounced the way a British person says “garage”). Over three nights the fest will have nine bands and four DJs playing at four venues! Tonight’s show will be at the Villa Grange. Check the site for the full lineup, times and places.

Seila Records actually started five years ago, dedicated to the belief that “there is a sustainable audience not only in the Kingdom of Cambodia, but worldwide, that shares our extreme passion for the art of songwriting.” Now that they feel that they’ve got a footing, they’re having a launch party. Better late than never!

5-10pm, Aeon Mall Sen Sok
The drummer for 80s metal band Metallica, Lars Ulrich, was famous for playing double bass drums. That means that instead of having one foot playing bass drum while the other one is tapping time or chilling out (or whatever it does), each of his feet was occupied with its own bass drum, effectively doubling the pace and how quickly you could throw your fist up, or your head down. In short, it’s impressive. Hard Rock Cafe is hosting a free Metallica tribute night, and hopefully that means you can see an example of the fancy footwork yourself!

Phnom Penh International Institute of the Arts is holding a graduate exhibition and fashion show to showcase the hard work and talent of Cambodia’s budding fashion designers. Whose clothes will you be wearing next season? 🙂

Bophana Center’s cine-club is back with a presentation by filmmaker Mony Kann Darung. Calling on his experience in directing everything from short films to music videos to commercials to TV and web series, Mony will give his “Tips on Manipulating Audiences’ Emotions”, and it’s free.

Psynovation is holding its fourth edition of emerging music at Party Patio with a new DJ, Kaza. Joining him will be veteran DJs Dalah, Shadows of Space and INEE, and every single one is playing techno. If you know what you like, and what you like is techno, then this is the place to go (go).

8:30pm-1am, Party Patio, St. 308
Around the corner at Cloud, DJ L~N will be playing music a little more hard to define, but certainly no less creative. He uses synthesizers and acoustic instruments, found sounds and vinyl samples to produce a musical experience ranging from soundscapes to rhythmic beats. If you know what you want, and what you want is something new to you, then… you know, head there.

Today’s set of workshops is again being held at the IFL under the theme of “Healing and Reconciliation”. Poet Soy Sina will share the value of poetry to express – as well as to understand – as he leads a workshop on how to write one’s own poems. Immediately following Khiev Kosal will discuss his experiences in discovering spoken word poetry. And finally, to help find peace within without using words, Azahar Cambodia will lead a yoga flow.

2-5pm, Institute of Foreign Languages, Russian Federation Blvd.
Cambodian choreographer Chamroeun Sophea has created a contemporary dance piece “K’dey Sromai” that looks at young artists who grow up together and their individual and shared hopes, dreams and aspirations.

Farm to Table is hosting an all-day fundraiser for urban farm Kokkoya Organics. The Yangon-based organic urban farm is looking to expand in the coming year, and restaurant wants to do its part to see more organic farming in the region. They will donate 50% of sales from the day to the farm’s crowdfunding campaign as well as create a special Kokkoya-inspired menu (which likely means some delicious flavours from Myanmar).

9am-9pm, Farm to Table, St. 360
The Art Bar and Bong the Gallery have teamed up to host a solo exhibition at Bong Bong Bong (good teamwork!). Thai artist Nut Praditsilp creates illustrations based on the style of Japanese “floating world” block prints from the 17th to 19th centuries. A tattoo artist by trade, “Nutdub” (as his Cambodian friends call him) will also be doing flash tattoos at tonight’s opening.

7-11pm, Bong Bong Bong, St. 240 1/2
DJs E.X. Tasty and Elmo will playing as Cambodian models walk the catwalk at Meta House’s “Glamourous! Hong Kong Fashion Show”. Showcasing women of all sizes, the show – and clothes – aim to promote a more inclusive idea of femanine beauty. After the show, the music will keep playing for an afterparty and, of course, the clothes will also be for sale.

American bluegrass band, Henhouse Prowlers, is playing a special show at Futures Factory. The organizers want to introduce Cambodian youth to “the rich artistic traditions of the United States” in an effort “to strengthen and emphasize the importance of people-to-people relationships and mutual understanding between Cambodia and the US”. Also, bluegrass music is toe-tappin’ fun!

6-9pm, Futures Factory, St. 13
For some traditional music from the other side of the pond, Cloud is hosting Gypsy jazz band “Hot Club de Phnom Penh”. Inspired by jazz of the 1930s and guitarist Django Reinhart, who developed a distinctive style you can bop, this event is not just a concert but a chance to swing!

Famed Cambodian director Rithy Panh’s latest film, Graves Without a Name, explores the lasting effects of genocide. It tells the tale of a young teenager who begins looking for the graves of his family members, lost at the hands of the Khmer Rouge. It’s screening tonight at Bophana Center in Khmer with English subtitles.

OpenWorld is a globe-traveling, pop-up party bringing positive vibes as well as a variety of music to every city it enters. Pushkin Lounge Bar is home to its first Phnom Penh event – a night of jungle, drum and bass and dubstep, all played by visiting DJs from Saigon. They’ll have special drinks “straight outta Saigon”, too.

7pm-1am, Pushkin Lounge Bar, St. 308
Azure, the Toul Tompoung restaurant and bar that opened in September on St. 123, is holding a guest DJ/guest cocktail night. Well, the cocktails aren’t the guests; the people making them are. Tomoka Cocktail Company will be pouring the drinks from 8pm on, while DJ Dalah will be playing the tunes. For three hours before 8pm, drinks are two-for-one. Heyo!

Today’s Arts4peace workshops will share memories through drawing, discuss the importance of keeping cultural and spiritual activities alive, and celebrates unsung cultural heroes who have devoted themselves to developing Cambodian cultural expression.

2-5:30pm, Institute of Foreign Languages, Russian Federation Blvd.
Cambodia’s first rock opera, filmed in 2008 at the Chenla Theater, will screen tonight at the Institute of Foreign Languages. Where Elephants Go to Weep follows Sam, who has been living in the United States since fleeing the Khmer Rouge, but decides that it’s time to return to his original homeland. It’s in English with Khmer subtitles, and it’s free.

Soundskool is holding a battle of the instruments at Hard Rock Cafe. Student musicians will play against each other (pun intended) to see who is the best (at least, at this performance) on four instruments: piano, drums, guitar and violin. They get cool prizes; you get a free show.

11am and 2pm, Hard Rock Cafe, St. 102
KBach Arts is celebrating the launch of Clipper Cambodia (reusable lighters) by throwing an arty, dancey, giveaway-y party! DJ Marie Thach will get you dancing, while live painting will make you inspired, while Tiny Toones will inspire you to breakdance, while tee-shirt giveaways will make you happy – and stylish.

2-6pm, The Factory, National Road 2
Toul Kork cafe Co-Creative Corner has its monthly book club today. Not quite a regular book club, where everyone comes in having read the same thing, it’s more of an opportunity for Cambodian reading enthusiasts to share novels they love, talk about what they’ve learnt and meet others who have similar genre tastes.

2-4pm, Co-Creative Corner, St. 608
For a dose of random fun, try your hand at making decorative flowers. Hey Hey is hosting this crafting class in which participants learn how to make either a peony, poppy or chrysanthemum out of fabrics. And then you can proudly wear it home. The $7 entrance fee includes a beer or juice.

Flicks is screening two classic films from 1981 – ones that have survived the decades as people’s comfort movies or newly discovered, and still beloved, throwbacks. The Great Muppet Caper is [ahem] a Muppets movie where the fuzzy gang travels to Britain as journalists covering a jewel heist. That’s playing at 10am. Raiders of the Lost Ark (aka the first Indiana Jones film) starts at 6:15pm. Harrison Ford stars as an archeologist in the 1930s on the hunt for the Ark of the Covenant before the Nazis get to it. Lots of action mixed with a little history for good measure.