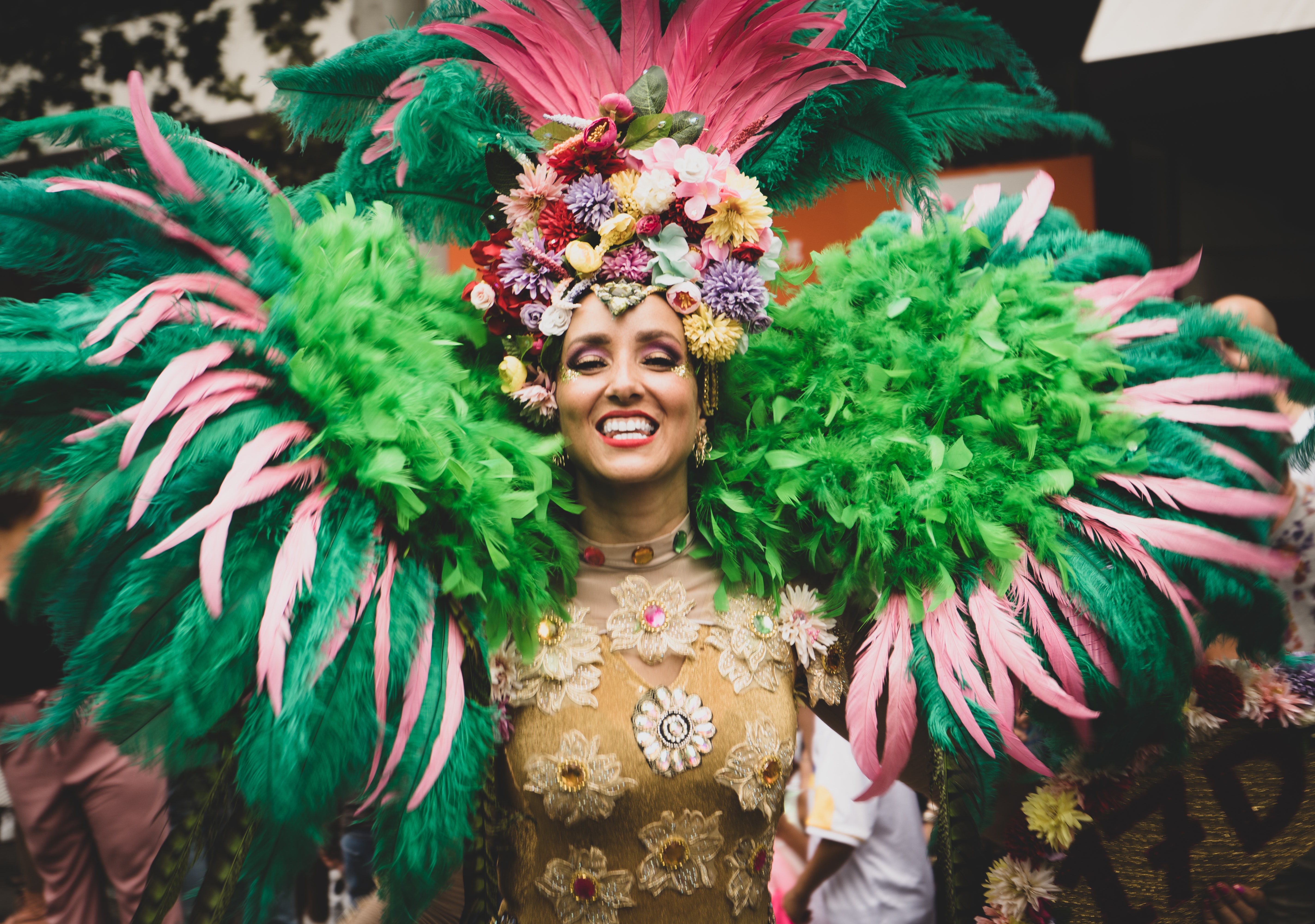 Hey! YOU want to partay?

Photo by Ugur Arpaci on Unsplash

Young Khmer filmmaker Somchanrith Chap is screening some of his favourite Cambodian short films, and he will explain why he feels that they are well-written, structured and directed. This meeting of the Bophana Center Cine Club is free and held in Khmer.

Five-member artist collective XEM is giving a talk at Sa Sa Art Projects about the importance of artist publications, especially in Southeast Asia, and of connection amongst artists to develop a creative community.

Singer Benjamin Atawoneka continues his February weekend residency at Lantern Rooftop Bar at the Baitong Hotel. His blend of R&B, soul, funk, Afro-beat and reggae is promised to get you dancing under the stars. It’s a free show.

Geography of the Moon is the musical act at Farm to Table dinner tonight. The innovative duo will play a “mellow” set of looped beats, blues guitar and “new wave reference points” with reverb vocals.

Americana duo Jeffro James, made of two Americans (natch) Jeffro Starks and James Speck. Jeffro plays guitar and sings while James picks up the beat on the keys and ukulele.

Soul singer Mirasol Aguila is taking the stage along with guitarist Arone Silvermand at L.A.B. Their blend of jazz and R&B also blends contemporary and classic, bringing attendees to the modern whiskey lounge back in time.

LF Social Club is celebrating its big reopening through the big sound of the Sinville Roadshow. The band, with members from US, UK and India, plays a raucous blend of rock, blues and jazz classics.

Indie rock band Goldilocks Zone is playing an open air show in the little alley turned nightlife hotspot, Bassac Lane. It’s a free show, and you can get drinks at any of the many bars in the lane.

Rosewood is celebrating its second anniversary with a white party, or a party where everybody sticks to a strict ensemble of chic white garments. To celebrate, they’ll have shaken cocktails for $5 and a crooner singing Khmer songs from the 1960s. This party may be fancy, but it’s also free!

Wings & Beer is holding a mashup dance challenge with DJs Tala and Catriona. The challenge is free and open to everyone, with the winner getting $20 to the bar/restaurant, a bucket of Stone Head beer and an Angkor beer bag.

It’s carnival in Brazil now, and The K’s is celebrating by bringing Brazil to Phnom Penh. Philippe Javelle and Cecile Dahome will play bossa nova, semba and kizomba tunes, while Burhani and Svetlana will show party goers how to dance the kizomba.

Tomoka Cocktail Company has not forgotten that it’s Margarita Day tomorrow, and they’re getting a jump on festivities a day early. They’re opening up their production space to serve up margaritas made with blue agave tequila.

Bophana Center is screening the ironically titled film True Love. A mother and daughter fleeing war and without any possessions, including food and water, are taken in by a seeming good samaritan…who then wants to sell the daughter to some millionaires. It’s free and in Khmer.

Honeyland was Oscar-nominated for best documentary and best foreign film. In an isolated, small Macedonian town where the few inhabitants raise bees, an itinerant family moves in and starts to take all of the bee-keeping business – as well as the quit solitude.

A South Korean ceramic artist is leading a “hand-built” pottery workshop at Nowhere Art Studio. The three hour course will introduce attendees to coiling technique, each with his or her own 800 grams of clay to mold. Student’s final pieces will be glazed and fired separately and returned within two months. The class is $30 and includes light refreshments.

Treehouse Cafe is holding a Settlers of Catan tourney. Fans of the strategy game can bring their own boards, or show up with a team to play against others. The winner of each round will get a free coffee.

For an unusual way to spend your afternoon, or to accompany your day drinking, head to Sra’Art to witness artist Romain do a live body painting on model Helen Sea Ung. Yes, drinks will be on offer.

If you need your day drinking accompanied by food and shopping, head to Blonde to peruse the offerings of the new Butter Magic Soap Studio (soaps, lotions, shampoos) and to try buttery cookies and breads by Ambrosia. Yes, drinks will be on offer.

The New Apsaras group exhibition and More Than Human upcycled fashion show are packing in a whole lot of fashion-related art into The Plantation gallery space. Both segments are an artistic response to the detriments of the world of fast fashion. The exhibition, featuring the artwork of more than half a dozen artists, will open tonight and be up at the hotel for a month. The fashion show is a one-time-only event, featuring garments that students at Raffles International College made with scrap materials and old clothing. Admission is free!

Quiz Night at The Garden at Bassac is a chance to show off your trivia chops in history, geography, art, film and music – as well as to win a pitcher of beer or a bottle of wine!

99 Boyz are back with their catchy, dancey reboots of catchy, dancey hits of the 1990s. The open-air venue at Alchemy has plenty of room to get down.

Carnival is a huge event in Cologne, Germany, airing on TV and keeping a (likely) high percentage of the city drunk and in face paint for days. Meta House is recreating Europe’s largest street festival and asks everybody to put on funny costumes and come drink $1 beers with them. The password to enter the party: “Koelle Allaaf!” (pronounce it however you can).

Continuing their celebration of Brazil’s Carnival, The K’s is offering caipirinhas and Brazilian sangria while dancer Burhani performs a capoeira show.

Toul Tompoung’s version of Cheers, Teddy Bear Restaurant and bar is holding a second anniversary party. The favourite local is asking everybody to come celebrate with them, and DJ Robert Mein will serenade the festivities.

DJs Marcus iLL and iLLicita (similar names, but not the same person) are playing back to back sets of deep house and techno at Party Patio.

Drone is back, bringing high-quality underground electro to Pontoon Pulse. Visiting Brit and special guest DJ COBE will play deep house, techno and electronica. Pulse resident DJs INEE and Saint Vincent will round out the evening with their seasoned flavours of techno and tech house.

You may think that Nazis cannot be a funny topic, but satirical film Jojo Rabbit seems to buck the notion by using humour to show the absolute absurdity of the beliefs held by them. A young Hitler youth discovers that his mother is hiding a Jewish girl, and he processes this information by consulting with his not-so-bright imaginary friend Adolf Hitler. And talking to her, too, perhaps tearing down the notions that the fascist group had instilled in him.

Boxing fans don’t have to miss out on the Wilder vs. Fury heavyweight rematch just because they’re not in Las Vegas. Mad Monkey is going to air the fight for free at their rooftop bar and give a free beer with every American or English breakfast order.

Likely due to its popularity, the Japanese drum workshop is back at Aeon Mall. This is the chance for adults to try banging on the massive drums, working up a sweat as well as a large sound. And it’s free.

Continue Reading
You may also like...
Related Topics:featured, good bars in phnom penh, nightlife Phnom Penh, Things to do in Phnom Penh, What's on Phnom Penh

Cheers and jeers: Valentine’s is here!
THE happenings this weekend