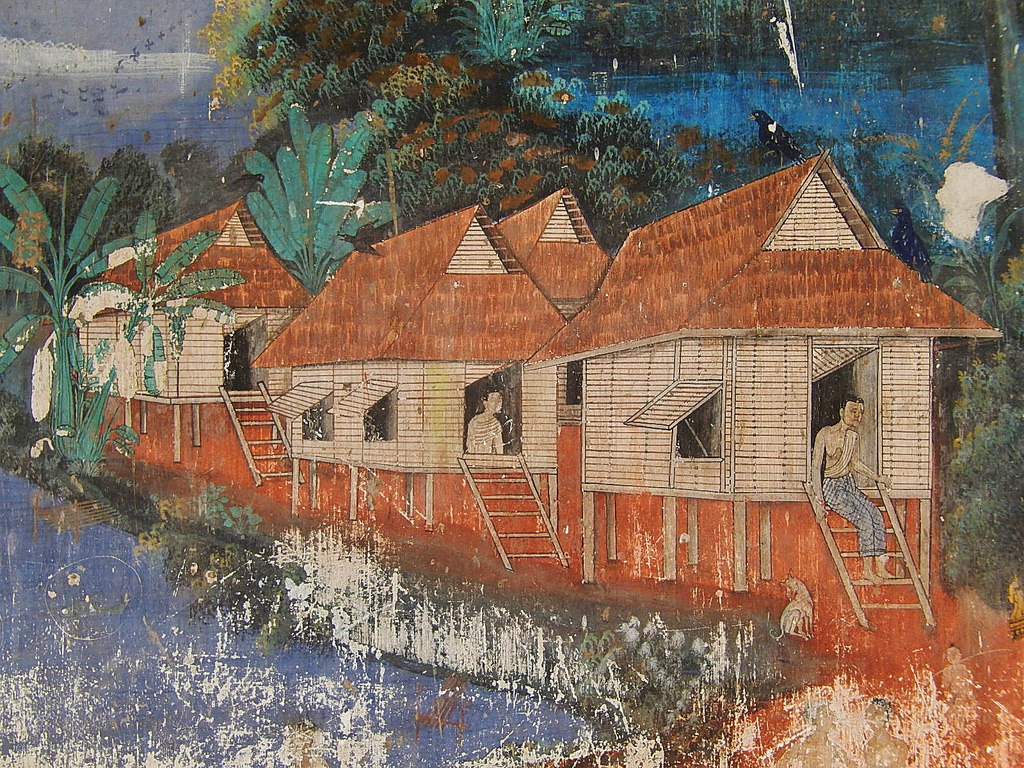 Moving to Phnom Penh and looking for advice on where to find a room, apartment or house? We’ve got you covered!

Before You Start: A Few Tips on Costs and Paperwork

While there is (and should be!) some paperwork involved to protect both sides, renting a flat in Cambodia is a far easier, cheaper process than it is in many other countries.

You’ll probably be asked for a scan of your passport and visa, and to sign a contract. This should also tell you which amenities are covered by your rent, and include details of how much you’ll be charged for electricity per unit. Ask for a copy in English (if you don’t read Khmer) and make sure you read it properly before you sign.

In general, to lease an apartment in Phnom Penh you’ll need to pay your first month’s rent and one month’s deposit upfront. If you use an agent to help you find a place, you might also be expected to pay a small fee to have them take you around the city in a tuktuk showing you prospective properties (even if you aren’t, this is a welcome gesture for many an underpaid Cambodian estate agent).

But that’s it. There shouldn’t be any other hidden charges, agent fees, arbitrary costs for preparing your contract or any of the other nonsense you might reluctantly put up with back home. Always check first, though… rip-off merchants exist everywhere, after all.

This can be a handy, convenient way to save time and track down places within your budget that aren’t advertised online. Rental agencies are dotted around the city, including a number on Riverside that tend to be experienced and reliable.

Pop in, tell them your budget, which areas you’d like to live in, and the main things you’re looking for (WiFi? Balcony? A pool?). Then, make an appointment to go on an apartment-hunt. Usually an agent will line up four or five places in a row and show you around in a tuktuk until you find one you like. This is often a good option for bigger groups looking for a shared house to rent.

(Oh, and don’t despair if the first one or two look uninspiring. It’s not unusual to show you the least exciting options first to lower your expectations, then take you to a flat that ticks all the boxes and gets you to leap at the opportunity!)

For expats, this is probably the most common way to find an apartment to rent in Phnom Penh. This  is one of those cities where people come and go all the time, so there are new posts every day and never a shortage of options.

There are a ton of groups on Facebook dedicated to finding a flat or a tenant in the capital, but some of the most popular ones are:

Apartment for Rent in Phnom Penh

As well as landlords advertising empty properties, people posting in these groups are often tenants looking for someone to take over their lease/contract, or they’re looking for new housemates when their current ones move on. That makes it a particularly good shout if you’re on your own or in a couple, rather than looking for somewhere to share with friends.

Finding a Flat on Your Own

If you can read Khmer, or have friends who can, you/they will have spotted signs all over town advertising vacant rooms or flats. It’s worth giving these landlords a call – you’ll probably get a much better deal than you would on flats marketed primarily to expats!

How Much Should I Pay?

Rent varies wildly in Phnom Penh – and the willingness of foreigners to pay high prices is driving up the average. Luxury apartment blocks spring up every week, usually offering serviced flats with shared gyms and pools on the roof. Some of these can be extortionate (by Cambodian standards) – think $600 for a very small, if very glossy, one-bed apartment. But there are still plenty of reasonably priced places if you stick to your guns on budget, and have the patience to shop around a bit.

If you’re willing to venture 10 minutes outside the big “barang” haunts of BKK1, BKK2, BKK3 and Riverside, you should be able to find a spacious, modern one-bed apartment (usually with a balcony or terrace) for around $300-$350 + bills. Despite being another expat favourite, in the area around Russian Market, rents haven’t quite caught up with the demographic, so budget-friendly leases often crop up around here. That’s likely to change fast, though.

If you’re renting a room in a shared house or apartment, things are a bit cheaper. It’s easy enough to get a decent room in a shared place for around $100-$150 (maybe half that, if you’re happy to opt for something really basic), even in the most popular areas. For a particularly big room in a lovely building (or one with a rooftop pool and gym) expect to pay two or three times that.

What to Do While You’re Looking

The great thing about Phnom Penh is that hostels and guesthouses are often insanely cheap – cheaper, at times, than renting your own place. A lot of hotels are also open to negotiating monthly rates, and Airbnb properties typically have reduced long-term rates, too.

So, if you’ve just arrived and don’t have a sofa to crash on, don’t feel you have to rush straight in to the first apartment you find. You might be better off chilling in a hostel, hotel or Airbnb place until you get your bearings and figure out which part of the city you like the best, then choosing somewhere to live that you’ll seriously love.

Where to Find the Craic this Paddy’s Day