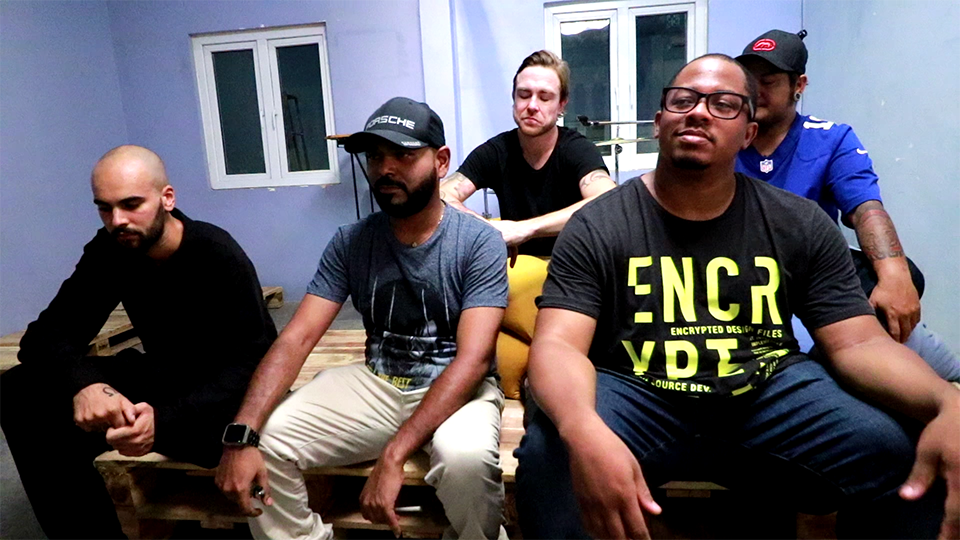 Genre-defying Hypnotic Fist Technique is easily Cambodia’s most inventive band, and probably its most audacious (partly, but not entirely, owing to co-emcee Mike Dynamo’s spectacular collection of diamante-studded stage attire).

Blending hip hop, rap and rock with a smattering of R&B and even Motown flavours, the five-piece started out jamming at open mics and experimenting with inspired covers and remixes before moving on to create original material.

The resulting album – titled Golden Age: The Sequel, in homage to its 90s hip hop influences – includes firm favourites you will most likely have heard the group perform in Phnom Penh, plus tons of great new tracks you definitely haven’t… but which you’ll have the chance to hear live, for the first time, at the album’s official launch gig at Hard Rock Cafe on Saturday 12th May.

Check out the video above to hear the story of how Mike Dynamo, Initial G, Supreme Premium D, I the Mic Factor and Hot Toddy found each other, their sound, and their inspiration for the album.

Channthy Cha-Cha: Farewell to a Legend
What’s On This Weekend in Phnom Penh