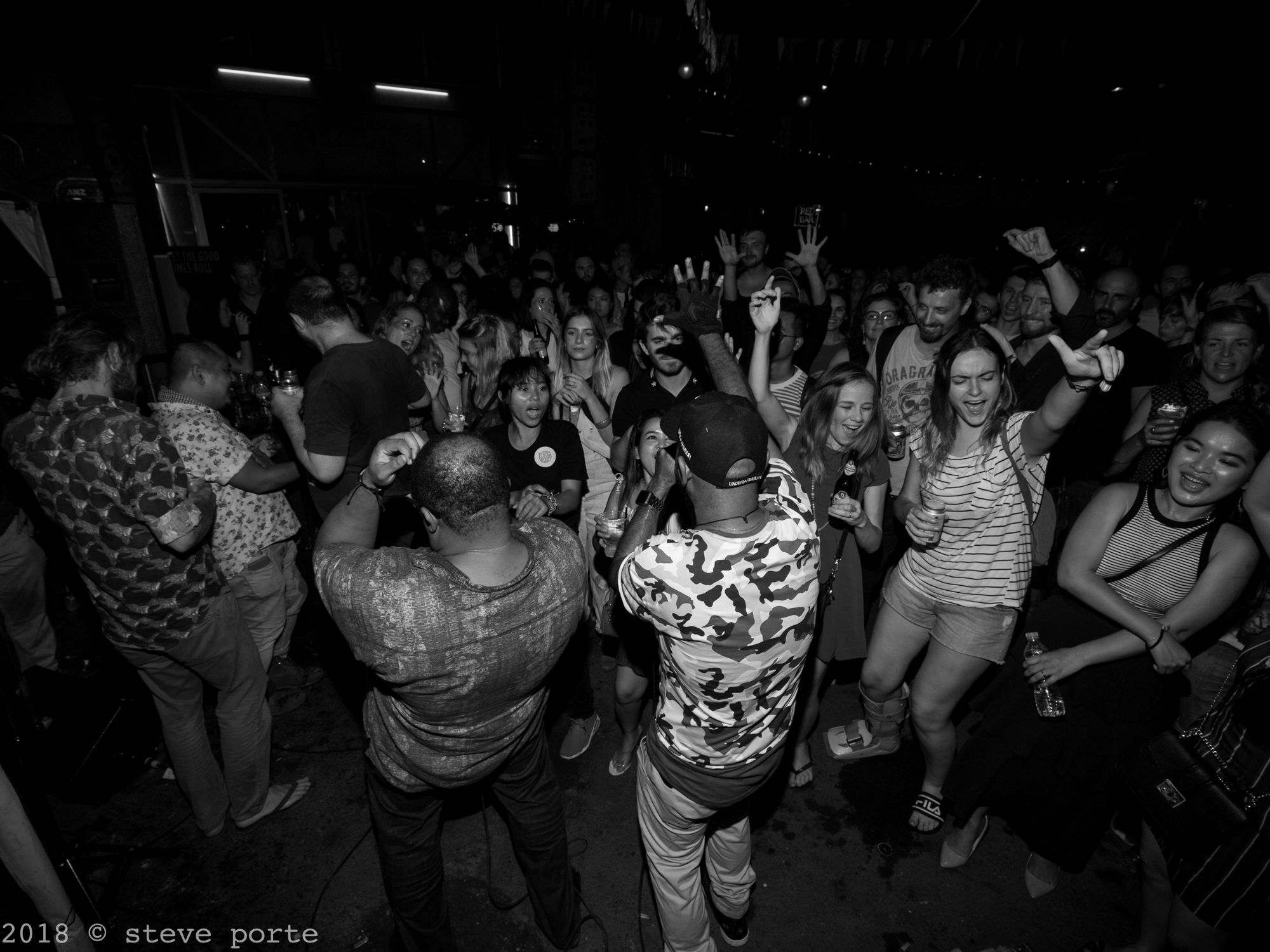 Hypnotic Fist Technique Are Back… But You Gotta Pay the Piper

Several months and a global pandemic have gone by since we last saw Phnom Penh’s best-loved hip hop crew on a real-life stage. But at last, Hypnotic Fist Technique return this weekend to bring their rock-fused rap to Boran House.

HFT have been a staple of Phnom Penh’s music scene for years, but the upcoming gig on Saturday 8th August is more than just a return to form. It’s also the beginning of a series of events to support live music in the capital.

Revellers in the city typically enjoy cheap drinks in fantastic venues with incredible live music thrown in for free – and while that’s been fun, it makes it tough to survive as a musician in Phnom Penh. Small pay packets and a few Cambodia draughts don’t exactly cover the rent – and exposure, after all, is something you die of.

In recent weeks and months, the situation has got even worse: while venues are once again packed post-lockdown and drink prices remain the same, musicians are frequently being asked to accept less pay for their gigs in the post-Covid climate.

Pay The Piper is a series of events hosted at one of Phnom Penh’s hottest new venues, Boran House. Sna and Aneth from Showbox know the local music scene better than almost anyone and are pouring this passion into the new venue to create a ‘sustainable live music’ model. Boran will host incredible live music from some of the city’s best musicians, creating a stage for new talent to emerge.

So what’s the catch? Well, what’s new is that these will now be ticketed events. For just $5 you can still enjoy the cheap drinks and great venue… but you’ll also actually support the great music scene nurtured in Phnom Penh over the past few years. Plus that $5 also gets you a free beer on entry, so it’s still a pretty good deal.

And so to Saturday. DJ Sna will get the crowd warmed up from 8pm before the Hypnotic Fist Technique boys take over the stage like only they know how. And when they’re done, Dj Sna will then take over the decks once again, setting you up for an all night raver, wherever you end up.

The music and art scene in Phnom Penh is why so many of us have fallen in love with this great city. If we don’t support it now, then we can’t expect it to last. So don’t be a tightarse. Get down to Boran House this Saturday and pay the pipers $5 for some bloody brilliant live music.

The Revolution WILL be televised…or live broadcast
Keep Paying the Piper: Funan Beats and Blood Bricks at Boran House