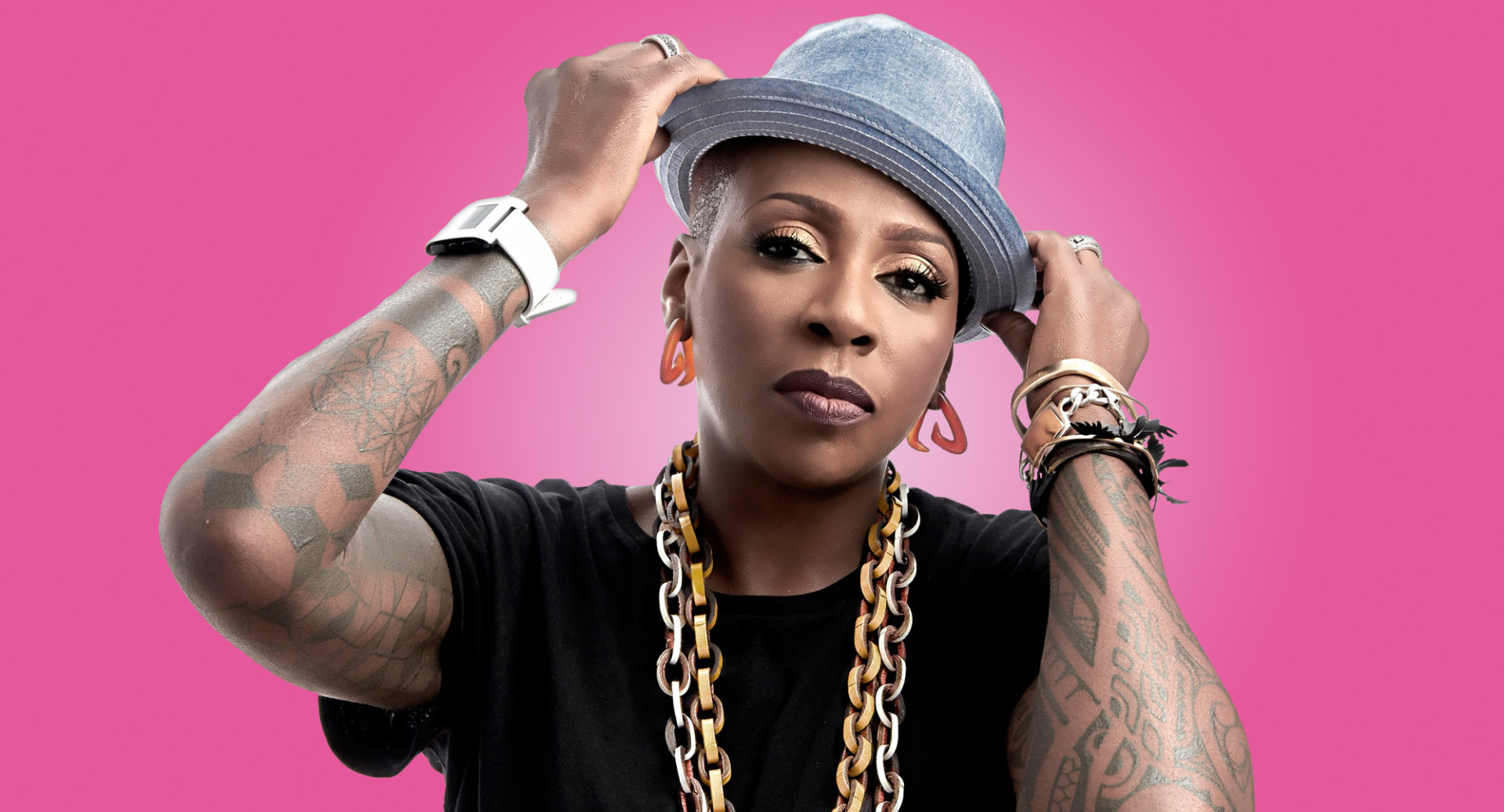 Gina Yashere is trying to be healthy. We’re having lunch at Vibe in Tuol Tom Poung, a Melbourne-style vegan restaurant that lists ingredients like activated almonds and quinoa porridge on the menu, and she’s just finished a 10-day fast in Thailand, where she survived on juice, coconut water, and coffee and garlic enemas.

This comes as a surprise. I’m not expecting the straight-talking, born-and-bred-in-Bethnal-Green comedian to sign in for yearly detoxes in Thai resorts, but perhaps seven years of living in Los Angeles took its toll. Was it one of those silent retreats?

Yashere, who is in Cambodia to play three stand-up shows in Phnom Penh and Kampot, is one of the more famous international comedians ever to have performed here.

Back in London (where we’re both from) she plays to 5,000-seater venues and is a regular fixture on TV panel shows, and since moving to the US she’s appeared on The Daily Show with Trevor Noah and is about to star in a Netflix special. Hearing that she’s come all the way out here to play a miniscule space at The Box Office feels kind of surreal.

“I love the Far East, you know. I have a house in Thailand, so I like to come out here and chill and stay for as long as possible,” she explains. “And it works out perfectly, because doing comedy is a great way to enjoy the culture and earn a little bit of money at the same time.”

But doesn’t it drive her nuts? I ask. After all, Yashere’s pretty vocal in her stand-up routines about being an OCD germaphobe that brings her own sleeping bag on tour to avoid touching hotel sheets. How does she cope with travelling through a region that’s about as hygienic as a hot tub at a teenage house party?

In fairness, she’s had to get used to the travel. Since launching her career in the UK two decades ago, Yashere has toured all over the world, as well as dividing her time between London and New York, which she now calls home.

“I lived in LA for a few years and I loved it – I loved the weather, and I had this great lifestyle for not that much money,” she says, reminiscing for a moment about her flash apartment with a rooftop pool, overlooking the Hollywood sign. “But in LA there was no culture. I’m a London girl, so I need the mix of culture, the food, the people, the music. I just missed that.”

Instead, she moved to New York – “a bigger, crazier London” – where there was a city vibe and a far more opportunities for comics.

For Yashere, whose childhood vision of the US was seen through the rose tint of American TV shows “where all the kids rode cool bikes and became detectives”, moving to the States was the realisation of a life-long dream.

“I used to say to my Mum [who emigrated from Nigeria], why the fuck did you come to England? I could have been born in Miami! Why the fuck am I in Bethnal Green?”

Even her first job, as a lift engineer, was chosen with a move in mind; the company was American, and she was hoping to eventually be transferred. As it turned out, she didn’t have to wait that long – while putting on a short play as part of a community charity event, she accidentally discovered her calling.

“People pissed themselves laughing,” she says. “I thought, ooh, I like this. I guess something just switched on in me. I always thought, I’m the funny kid in the classroom. I’m the funny engineer at work. I never thought I could make a career out of it.”

But make a career out of it, she did – and with astonishing speed. Within six months of trying her hand at stand-up comedy, Yashere was being featured on British TV, making a career in something she loved.

America was harder to break. It took, she says, a solid 10 years to start getting noticed, and in the meantime she was broke – making regular trips home to do shows and TV appearances in the UK to “refill the coffers”.

“I’m a black woman who’s not 19,” she explains, while comedy has “gone the way of music” – focussed on young, shiny specimens that TV execs think will resonate with the precious 16 to 24-year-old market.

“Comedy used to be the last bastion of the misfit, the weirdo, the odd guy,” she says. “Now it’s going completely the other way. The misfits are now writing for the hot kids.”

One of these young hotshots, though, ended up coming in unexpectedly useful. While playing an annual gig at the Sydney Festival, Yashere discovered that just along from her two-hundred-odd person venue, some guy from South Africa had managed to pack out a 1500-seater theatre just down the road, three nights running.

Not only that, she says, but the audience was “70 per cent black”; Africans from all over had flocked to see him play.

“So I’m like, what the fuck? I’ve been coming here for seven years! I’ve never seen this many black people in Sydney! Who the fuck is this guy?”

After getting her agent down to flyer outside the theatre (“I said, try and get some of these black people to go to my show!”), Yashere ended up backstage – where she met the comedian in question: Trevor Noah.

After that, they kept bumping into each other all around the world, and eventually both ended up in New York, performing at some of the same shows and “talking about being outsiders.” Gina kept playing gigs around the city, and meanwhile Noah landed the gig at The Daily Show.

“And then he texted me. No audition for the show, nothing. I just got a text saying, hey Gina, are you in New York? Am I’m like: yeah, who dis?”

Now, Yashere appears on the Daily Show every few months as their Britain correspondent, serving up comedic commentary on big UK-related stories.

So – how does it feel to be called on as an authority on the UK, after so many years of living in New York?

“Even though I don’t live there, I’m still British,” says Yashere, who continues to follow closely what’s happening back home and even flew back just to vote against Brexit (“to no avail”). “I’m still involved. I’ll always be British. I’ll never be anything else.”