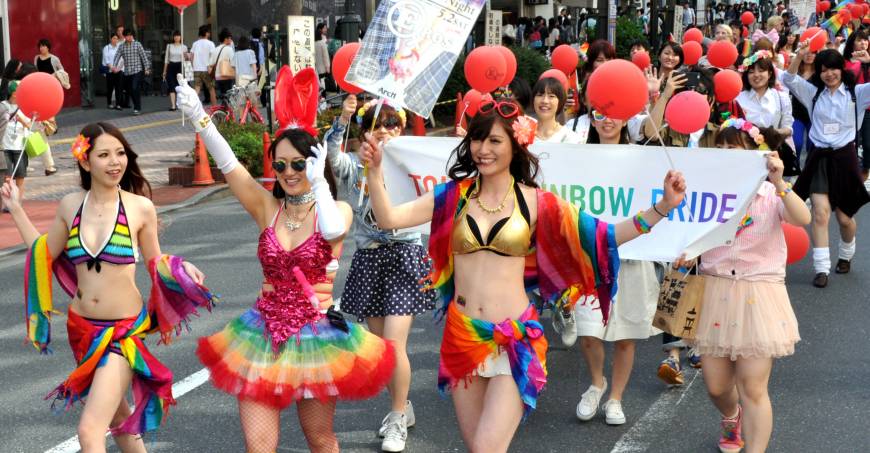 There’s music of all stripes on offer today, from the excellent 12ME spitting French and Khmer-language rap at FCC Rooftop, to an acoustic set from Sid Syed at Botanico (7pm, St 29), to Latin Musos Bacán heating up the Bassac Lane street party from 9pm.

Finally, the Phnom Penh party’s over for RJ Marshall (at least for now) – you can catch his farewell blues and rock gig with the legendary Tinn at Tacos Kokopelli from 7pm (St 19z).

Keep An Eye Out For…

The Amazingly Fabulous PRIDE Tuk-Tuk Race 2018! Every year, teams compete to solve clues and challenges to reach the finish line first, racing from destination to destination in tuktuks along the way. While it’s too late to register a team, you will no doubt see contestants zipping around town and in an out of participating bars, dressed up to the nines in rainbow-themed tuktuks. Great stuff.

Gender inequality is still a massive problem in Cambodia; it can be a tough place for a girl to grow up, especially for girls keen to break the mould. A new photography and video exhibition, Sister, shines a light on Khmer women who are doing just that: challenging gender norms, and striving for change and acceptance (from 10am, Azahar Foundation Centre, St 21).

Rockabilly group Joe & the Jumping Jacks play Oscar’s On the Corner from 10pm – you will find yourself dancing whether you plan to or not (Corner St 104 & St 13). Or, pick up a guitar / clear your throat / choose your instrument and join the Jam Session at Tusk from 3.30pm (St 278)

It’s like Berghain, except you can actually get in: check out ‘Sound Of Berlin’ META House’s regular DJ night, from 9pm (Sothearos Boulevard)

FOUR LEGS GOOD! TWO LEGS BAD! … And if you see yourself as a bit of a Napoleon or a Boxer, test out your acting prowess at the auditions for the Phnom Penh Players’ production of Animal Farm, scheduled for September this year.

META House hosts the Interfilm Berlin Animation Showcase today from 7pm, featuring a selection of innovative and striking short animation films from the famous film festival (7pm, Sothearos Boulevard). This is followed by a screening of the exquisite animated film Loving Vincent at 8pm.

See out your weekend gently, either with Tacos Kokopelli’s Sunday Sundowner Sessions, or with some lovely classical music from the Concord Ensemble. These talented musicians bring a touch of class to META House from 5pm, playing pieces by Mozart, Dvorak, Massement and Brahms (Sothearos Boulevard; tickets $5 / free for students)

It’s the second (and final) day of auditions for Animal Farm today, or you can meet some real life animals at the Horse Riding Competition at the Cambodian Country Club from 9am. Members can compete in each round of the competition for $10; for non-members, it’s $15 (St 2004).

All sound a bit much for a Sunday afternoon? Chill out at Rambutan’s Cool Down Pool Party instead. It’s their laidback way to celebrate Pride (3pm-7pm, St 71)

Can’t bear for the weekend to end? It’s not over yet at Epic Club, where Thai superstars 7DaysCrazy rock the stage from 9pm until 3am.