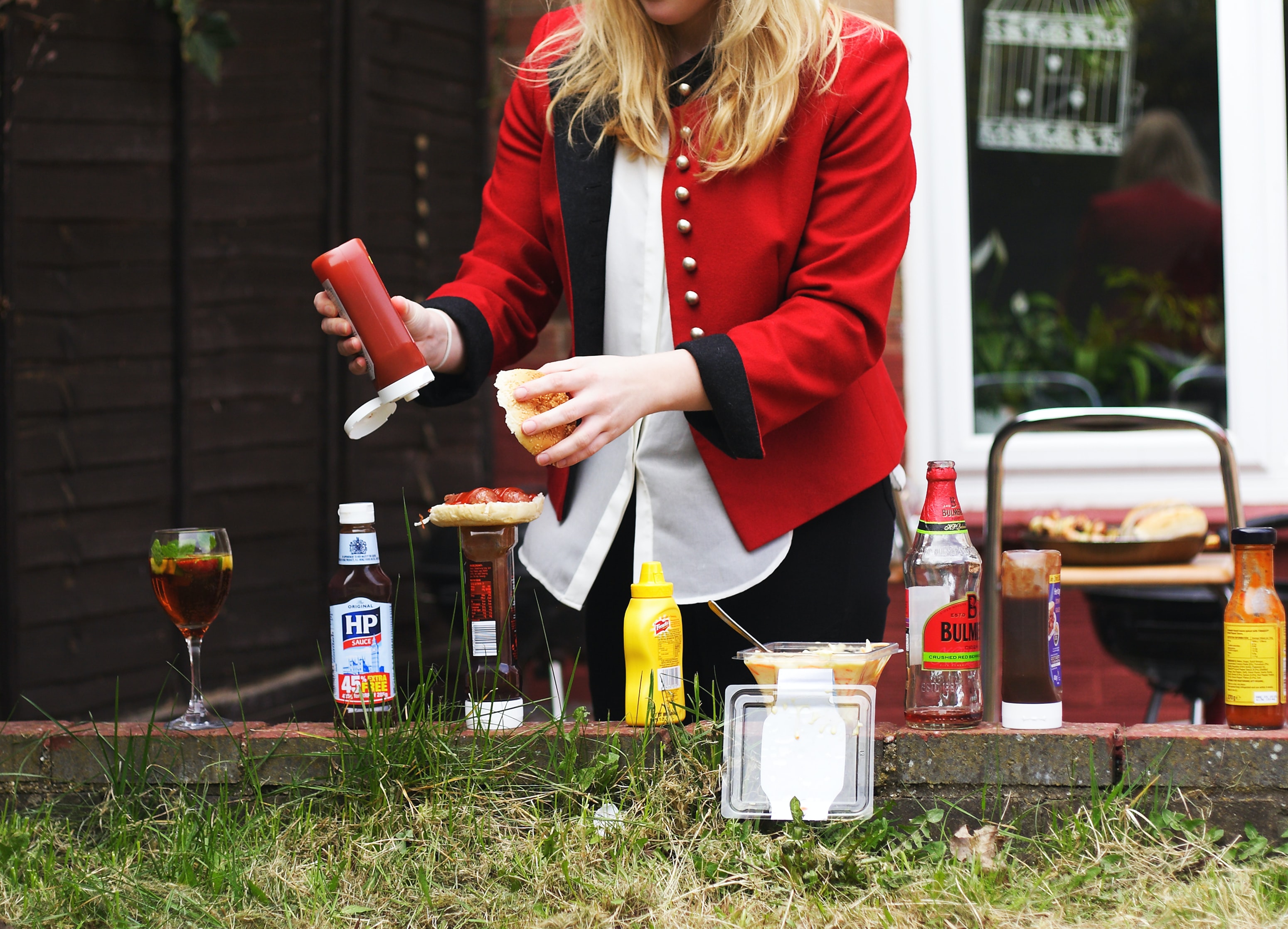 Photo by Matt Heaton on Unsplash

Famed chef and television host Anthony Bourdain travelled the world, tasting and filming the foods of different cultures with an open mind and humour, making audiences sometimes envious of what he’s eating and always envious of his life. Meta House will be screening his second trip to Cambodia – where he “gets a crappy haircut” and eats Happy Pizza.

Lot 369 is re-launching in their brand-new cafe in a new location. After being forced to shut their doors to the original cafe during Covid, St. 155 will now be home.

Longtime favourite barkeeps and mixologists Aneth and Sna, formerly of Mini Banana and Tuk Tuk Bar, are opening up their own bar, Boran House, with a grand opening celebration tonight! The fête will feature live performances by DSN, 5N4, Initial Dynamo, and Jaxx as well as $2.50 sangria and a BBQ ribs dinner.

Cerevisia Beer Garden is celebrating its grand reopening all weekend long with food specials, live music and, of course, lots of beer. Kicking off the festivities tonight is an all-night happy hour and performance by Femke and Anthony. Check the event page for all the happenings (for instance, tomorrow they’ll have pop up shops in addition to the drinking and the eating).

Artist KOK, whose solo exhibition is up at Sra’Art, will talk about what inspires his work, his techniques and concepts and answer any audience queries during this intimate Q&A.

Was this week a drag? Shake it off by watching a real drag show at Teddy’s. These ladies bring a lot of entertainment to the small local fave.

Jazz and the City, featuring some of Phnom Penh’s finest musicians is playing a special gig at Green Pepper tonight. It is, unfortunately, already sold out, but if your friends are telling you that they’re headed to that big jazz show tonight, that’s it.

Oscar’s on the Corner features Scotty Bywater tonight. His solo acoustic set features songs about life and love, “destiny and water”. His show is sponsored by JD Pies, and of course there will be pies to try.

Salsa is back at Duplex, and it seems like they are raring to make it bigger than ever. There’s free salsa and bachata lessons (given by Colombia Dance School), taxi dancing and three shows.

Cambodian “mixtress” DJ Ka will be spinning deep house at Meta House tonight, and the bar is serving up mojitos to round out the refreshing vibe. VJ ILLicita and DJ Marcus ILL are supporting this free dance party.

H Club, St. 308’s latest addition, is hosting a late-night melodic house, deep house, tech house get down with DJs Dalah, Octave, Panora and Sean-Oh?. When was the last time you stayed up for the sunrise? 😉

We also recommend you check out the brand new 1960s inspired coffee shop and bistro on St. 135. La Chronique is inspired by the 60s atmosphere of Phnom Penh and housed in a beautiful french colonial mansion.

Sacred Lotus Cafe is hosting stick-and-poke tattoo artist Natasha Le Roux all weekend. Make an appointment for a spot with her today or tomorrow, or just drop in on Sunday for a spontaneous flash tattoo.

A group of assassins left a trail of dead and injured journalists that leads from the United States to Southeast Asia. The crimes were never solved. In Terror in Little Saigon, Frontline and ProPublica attempt to uncover what led to the assaults on Vietnamese-American journalists and who was behind them.

Meta House is screening the controversial American film Song of the South tonight. In the live-action cartoon hybrid Disney movie from 1946, James Baskett plays Uncle Remus, who tells stories about Br’er Rabbit, Br’er Fox and Br’er Bear. He also sings the Oscar-winning song “Zip-a-Dee-Doo-Da”. But Disney no longer sells or shows the film due to its racist, caricature portrayal of African Americans.

The 4th of July is the American holiday of independence, commemorating the day when the States basically wrote a f*ck you letter to Britain saying that they’d no longer be a colony. (A war ensued.) Now it’s a day of fireworks, barbeque, beer, pool parties and just parties in general.

International magnet Mad Monkey is doing all of the above, all afternoon. Well, maybe not the fireworks. But expect the rest!

Tacos Kokapelli is serving up chili, chili burgers and chili cheese fries (all very American) throughout the day, with a headlining performance by jazz/soul/blues band Simmer, starting at 7pm.

The Tartan Gentleman (whom you may recognize from the pages of WOPP) is DJing Sundown Social Club all night. Accompanying his “super suave set of funky disco-house and silky sunset vibes” are free Harvest Co beers from 6-7pm.

American Mike Dynamo is MCing the festivities at Alchemy tonight, where acts Jeffro-James and Dusty Denim will play everything from Americana to Motown and the grill will be serving up barbeque with a freeflow of fixins.

No Problem Disco is taking over the rooftop at Lantern to hold a free dance party. DJs Jack Malipan and Sound Advice will pay homage to America’s musical legacy by playing “US classics from Philly Soul and Motown to Chicago House and New Jersey deepness”.

If the exact opposite of what you’d like to do is celebrate the 4th of July, you can head to the Box Office’s “Not Another 4th July Party”, where Dave Bell and Hugo St. Leger will be playing entirely British music from the 70s through the 90s.

Again, this might not be fair to rub in your face, but when your friends tell you that they’re going to a show and you can’t come, it’s probably because they’re headed to Rihannon Johnson’s sold out farewell show. An ensemble of musicians is joining the soul/jazz/pop singer on stage to give her a mighty send off.

Robin Narciso will sing like an angel in a solo show at Botanico, accompanied only with his guitar.

For a little more “me” time, get on the stage at open mic night at Cloud. You’re welcome to play any instrument, sing, rap, make sound effects – whatever. Alisha and John are hosting, and there will be musicians on stage to jam with whatever you bring.

Glam rock, punkabilly and good ol’ fashioned rock band Conspiracy Theory are hitting the stage at Oscar’s on the Corner.

DJ Octave is back for the “Beats Fever” party at Petanque, bringing his groove/indie/electro for three straight hours. This dance party is free.

Return to the old school with Est. Lounge’s Retro Night. DJ Shaman will play dance hits from the 70s, 80s and 90s.

Phnom Penh Dance Studio is opening and celebrating by offering free trial classes and 10% off of class registrations in July.

In lieu of their larger farmers market, Farm to Table is holding farmers mini-markets. Today’s features Tangy Turtle kombucha drinks and Ministry of Cat’s new line of sauces and condiments, the proceeds of which support their animal rescue.

Amatak has put together an unofficial board game club that’s growing in popularity and open to everyone. Their collection currently includes games like Splendor, Clue, Magik and Exploding Kittens, and people are welcome to bring their own games as well.

The “I Am a Daughter” event series is holding a panel discussion with women who work in sports (like boxing and football) to talk about being a woman in Asia in a male-dominated arena. Along with the debate will be the theatre performance “Women Empowerment”. The event was put together in cooperation with Khmer Art Action (KAA).

In Matt Dillon’s directorial debut, the film star plays an American con man, running from the law in the US and landing in the Kingdom of Wonder to collect on his share of an insurance scam. Shot in 2002, City of Ghosts should have some good shots of what Cambodia looked like nearly two decades ago.

Treehouse Cafe is kicking off a new Sunday morning educational course that covers all things coffee – “for all ranges of coffee lovers from beginner to the ultimate coffee snob”. The first class is all about the basics and “perfect for anyone who just loves a good cup of coffee”. The $15 fee includes many tastes of coffee in addition to the education.

Penh House Hotel has brought back its Sunday crepes brunch. The à la carte menu has sweet and savory crepes and galettes, and all diners are welcome to enjoy the restaurant’s rooftop infinity pool. Not a bad way to spend a Sunday!

Sharky’s long-standing Sunday open mic nights continue, providing professionals and nubes alike a chance at the mic. Plus, if you sing a tune, they’ll give you a free drink.

Continue Reading
You may also like...
Related Topics:arts phnom penh, Phnom penh nightlife, what do in phnom penh, what to do in Phnom Penh, What's on Phnom Penh