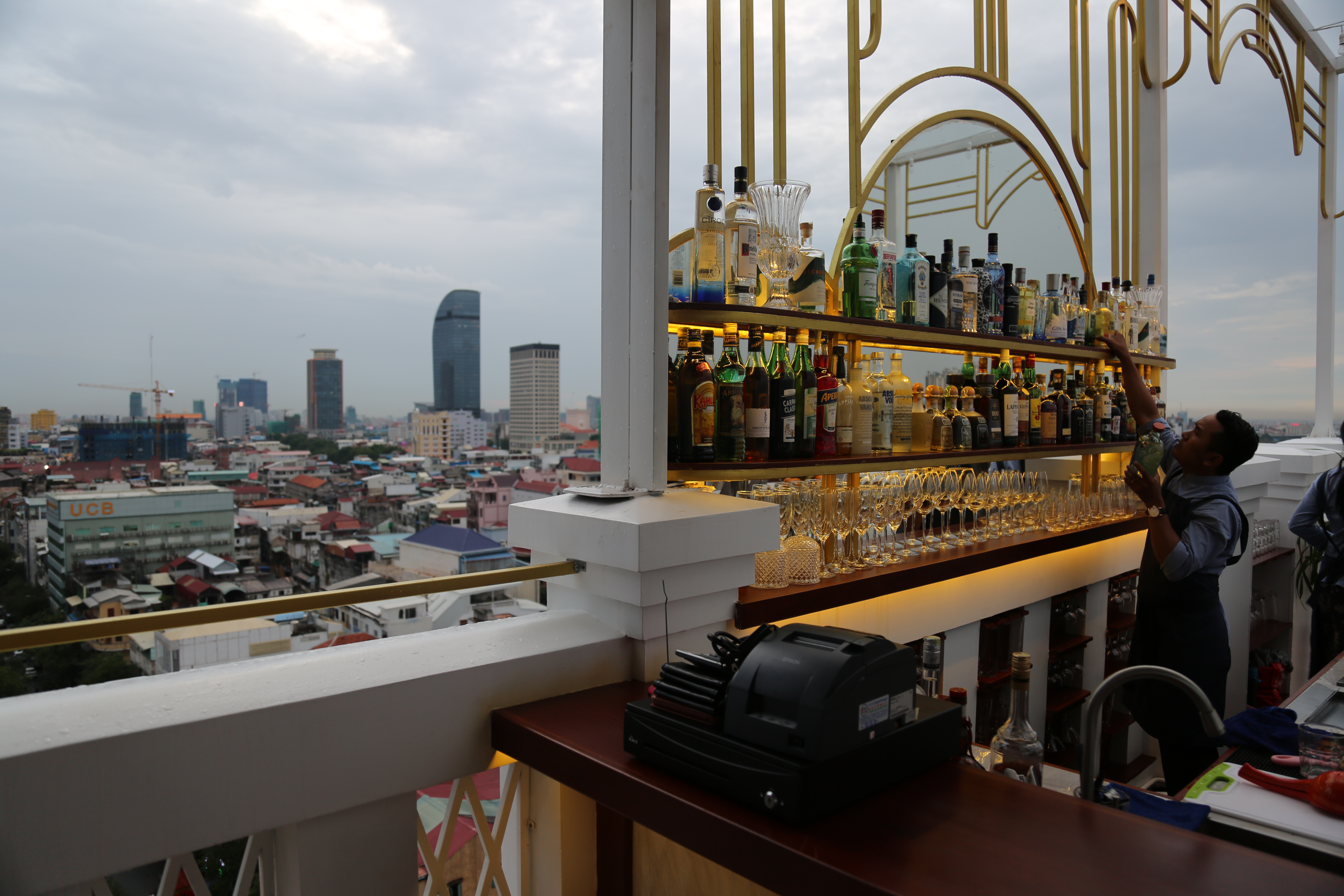 It was a dark and cloudy afternoon when I took the elevator up to the twelfth floor of the Point Hotel to check out the newly opened Juniper Gin Bar – but the stormy weather didn’t detract from the 1920s glitz.

Named after the key ingredient in the bar’s signature spirit, Juniper is the creation of Australian-born business partners Nathan Headlam and Brendan Mcarthy, the talented bunch behind Long After Dark and Social Sundown Club.

The pair say they thought about opening a gin bar for a long time, but it wasn’t until they hosted a Social Sundown pop-up event on the rooftop of the Point Hotel earlier this year that the idea really hit home. The pop-up, they say, went “really well”, and with stunning 360-degree views, including over the river, the venue seemed too amazing an opportunity to pass up.

“We just saw the space and the view and thought it was pretty incredible,” said co-owner Nathan Headlam. “We pitched to do a more permanent offer with the space with our business partner and he jumped on,”

Situated over two partially-covered decks facing north and south, the bar’s art deco finish is complimented with soft overhead lighting and some of the best views in the city. The high stools and tables are perfect for gazing out over the cityscape as you sip on one of the 20 gins on offer.

While Long After Dark offers whiskey specialties and Social Sundown offers rum, Headlam said gin felt like the right choice of theme given the spike in the varieties to choose from, with more selections coming to Juniper’s shelves in the next few weeks.

“Gin is one of those things that has really come a long way in the last few years, with the real proliferation of different entrants to the market,” said Headlam.

“It’s so accessible, the barriers to entry have just come down so much and there’s so much great gin out there.”

Juniper offers a selection of gin-based cocktails around the $4-$6 mark, as well as specialized gin and tonics that pair other ingredients to a particular gin.

If the juniper-based spirit is not to your liking, Headlam was quick to point out that they have a variety of other food and drink options available, from three-draft taps, a selection of classic cocktails, and 10 kinds of woodfired pizza, fresh from their newly-finished oven.

“We’re trying to have something for everyone. There is a strong gin focus, but then we incorporated some classics as well,” he said.

Headlam noted that Cambodians, expats and tourists alike are starting to seek out a slightly more refined drinking experience than what’s on offer in many of venues along Riverside, and Juniper’s stunning locale has made him feel confident in the venture’s success.

“People like coming to Riverside. It’s a beautiful part of Phnom Penh and there aren’t so many developed offerings, so I guess we want to bring something to the area,” he said.

Juniper Gin Bar is open now from Tuesdays to Sundays from 4pm ‘til late on the 12th floor of The Point Hotel, St 130. Its soft opening launch party will be on Saturday, September 22, from 5pm.

Continue Reading
You may also like...
Related Topics:drinking, featured, gin, Riverside, What's On the Menu

Daydreams of a Disconnected City
Thinking Of Getting a Tattoo In Cambodia? Watch This First!