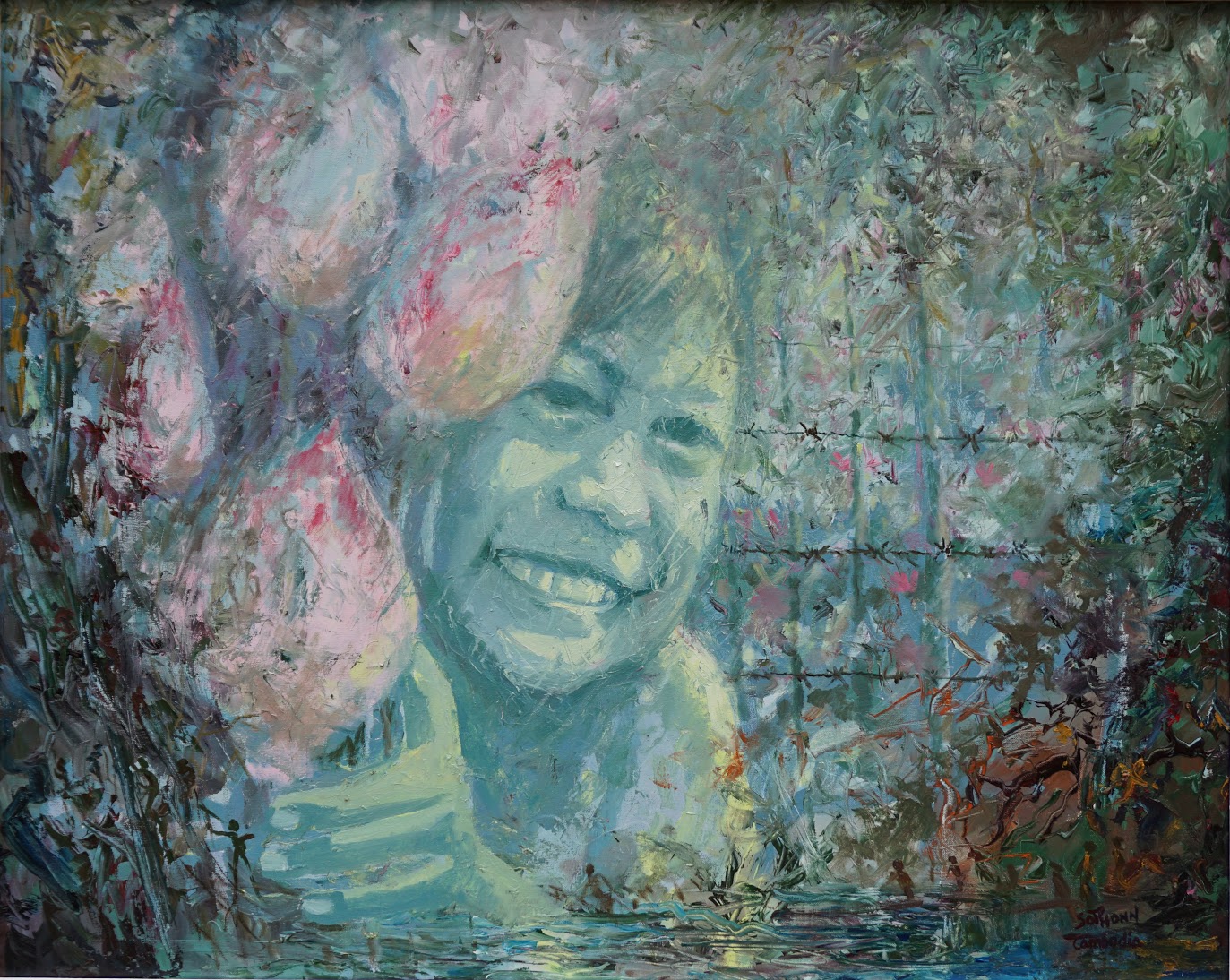 Something special is happening on April 7th. Khmer art is finally taking that step of progress that is long overdue. The National Museum is going to create a central public collection of contemporary art with works by seasoned artistic masters and those whom they have mentored, being displayed side-by-side.

Cambodia has long been considered the most significant cultural centre of Southeast Asia from the 9th until the 13th century AD. During the Khmer Empire, it extended from its current borders until South Vietnam, Laos and Central Thailand. The Khmer organised themselves politically and culturally after the Indian model. Their art is divided into three periods based on their capital city, Angkor, as follows: Pre-Angkor (6th-8th century AD), Transitional (9th century AD) and Angkor Period (9th-13th century AD). In a bid to assert their great power, the Khmer empire directed its resources to constructing giant stone temples. These temples have been placed under UNESCO protection, being recognised as masterpieces of world architecture.

When discussing art in Cambodia, it is impossible to not refer to these monuments of architectural splendour that are renown the world over. However, art in Cambodia has since moved on.

Cambodia is more than Angkor. Cambodian art is more than great historic architecture. Today there are new inspirations. Today there is contemporary art that is gaining worldwide appreciation on its own accord. Cambodian contemporary art explores the resonant themes relevant to current life in this country; the redrawing of society; the plight of the environment; the vitality of life; and the strengths of home and family. Yet there is still no central collection that celebrates this.

From Friday April 7th, an exhibition will be put on for one month in the first step in a campaign to create a collection to inspire the next generation of artists. The exhibition will be visited by an official from the interior ministry and could hopefully lead to a longer lasting showcase of work from contemporary Khmer artists being displayed in a central collection.

The official opening will be 6pm – Friday the 7th of April 2017 at the National Museum of Cambodia, Phnom Penh.