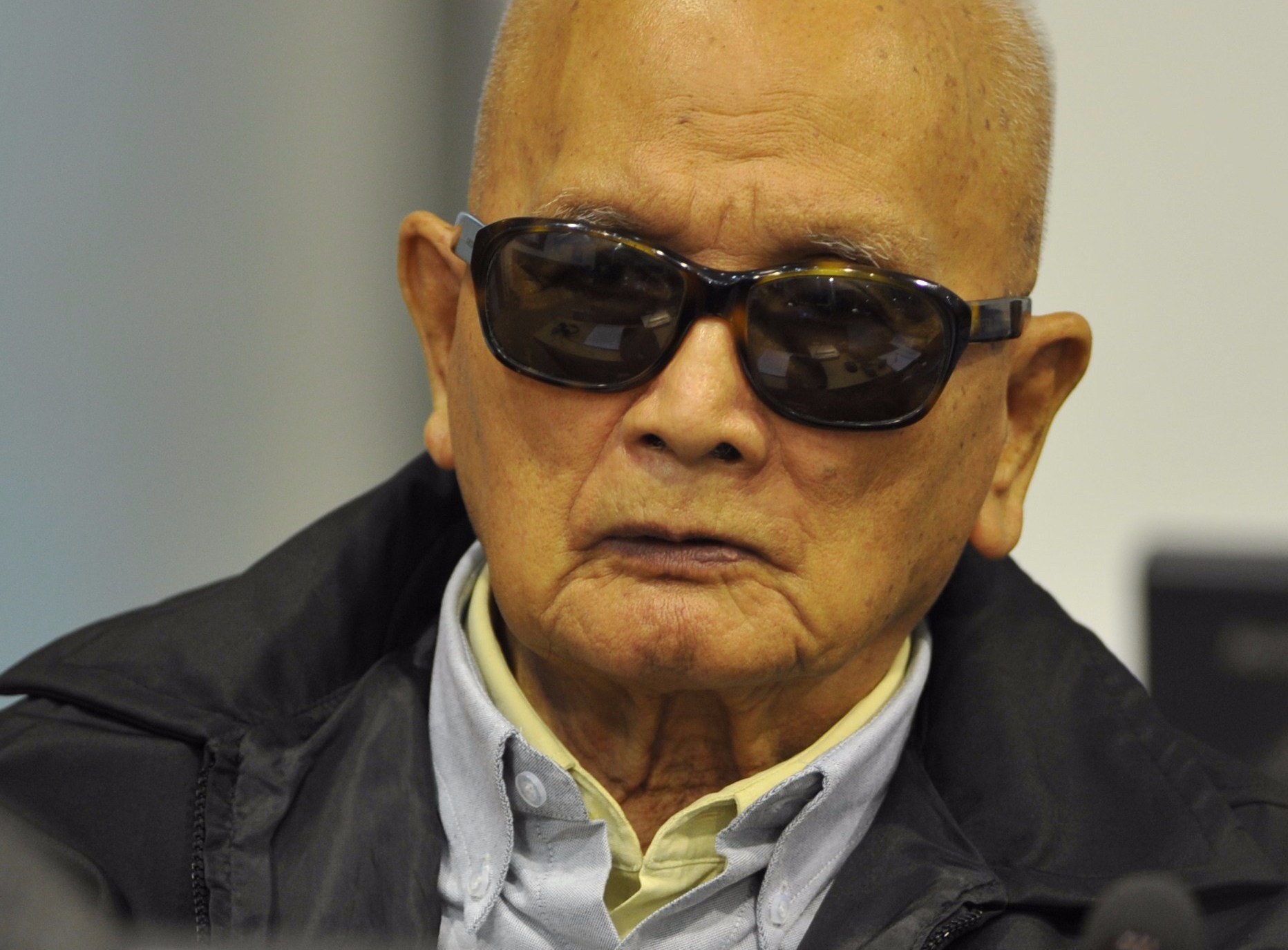 Nuon Chea, second in command to Khmer Rouge leader Pol Pot and known as “Brother Number Two”, died on Sunday at the Khmer-Soviet Friendship Hospital in Phnom Penh at the age of 93.

Roughly two million people died under the Khmer Rouge regime from 1975 to 1979 from executions, excessive manual labour, starvation and disease. Chea is often called the ideologist who came up with the Khmer Rouge’s master plan.

He and three other regime leaders were tried for crimes against humanity in the Khmer Rouge tribunal, and he was found guilty in 2014 along with co-defendant Khieu Samphan. Never actually repentant, Chea’s defense during the trial hinged on his assertion that there were factions within the Communist Party of Kampuchea who were acting without authority and to destabilize its leadership. He insisted that he was a true patriot.

In November of 2018, he and Samphan were additinally convicted of genocide towards the Vietnamese and Cham ethnic minority. He had been serving out his imprisonment at the Extraordinary Chambers in the Court of Cambodia’s detention centre until he was transferred to hospital last month.

Nuon Chea, né Lau Kim Korn, was born in 1926 in Battambang province to a well-to-do Sino-Khmer family. He served as the Standing Secretary for the assembly of Democratic Kampuchea and, for only a month, as prime minister of the country. Interestingly, he was one of the only Khmer Rouge leadership to have not lived in France.

He is survived by his wife and children.