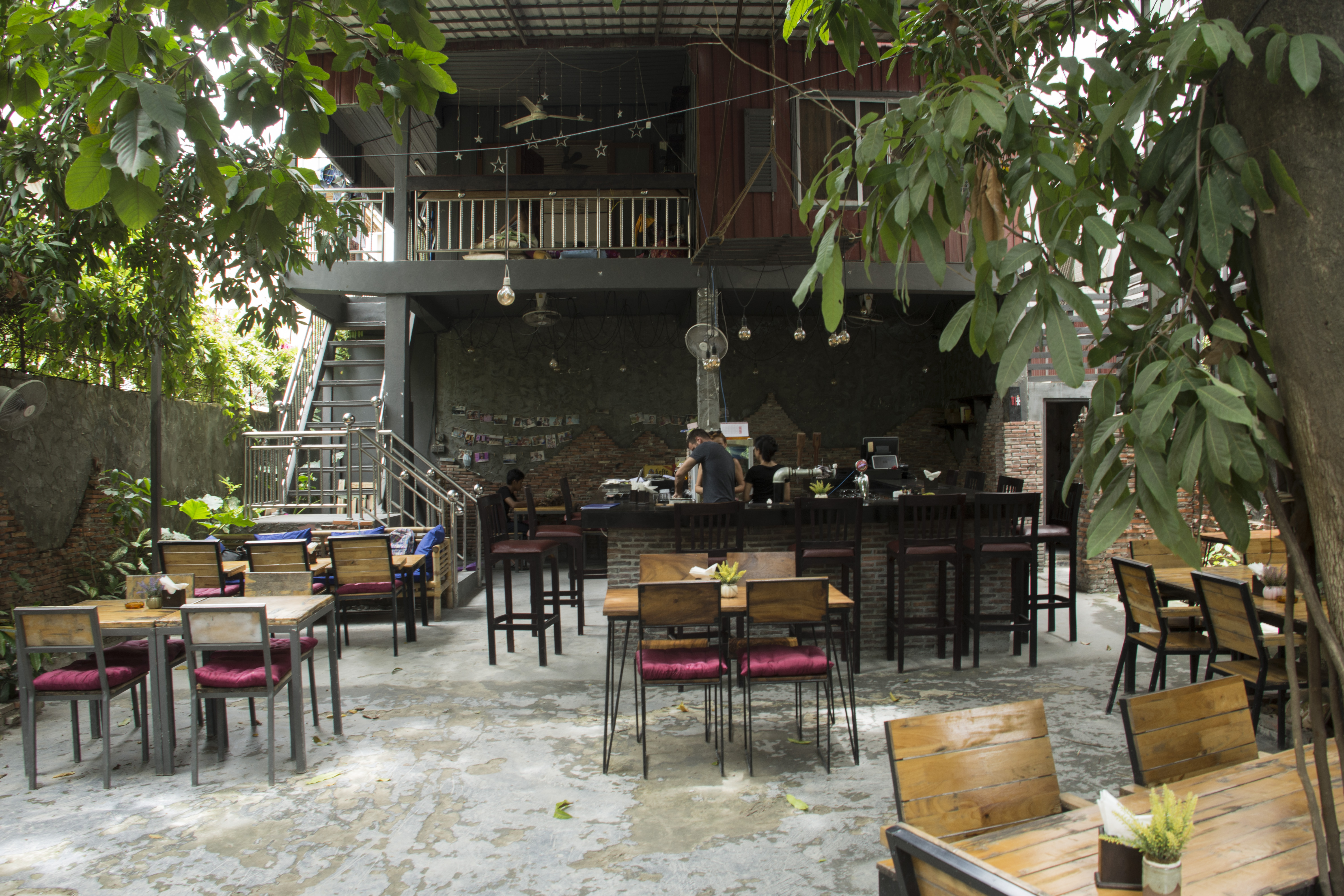 While it may seem unlikely that the economic woes of the Turkish economy would affect a place as far flung as Phnom Penh, it’s a reality Living Fields founder and owner Aynebilim and her staff will have to face in the coming months.

Aynebilim, from Turkey herself, founded Living Fields (LF) as an NGO and shelter supporting the people living near the Choeung Ek Genocide Museum, known as the Killing Fields, and opened Living Fields Restaurant and Bar on st 308 last October.

Now, just as they’re about to host the soft opening of their second venue, Living Fields-Social Club, tomorrow night, the Turkish Lira has nosedived amid the nation’s economic uncertainty, affecting the LF’s cash flow, mostly from Turkish nationals.

“Turkish people are very generous, they’re active and still give, but if the value of what people give drops by 40 percent, for a family you can imagine it’s a lot of money, so we don’t know where the situation is going to go,” said Aynebilim’s colleague, Sam Grynszpan.

Despite the uncertainty, the pair remain upbeat and excited for the new venue’s opening, a converted villa just two doors down from LF Restaurant.

Taking WOPP on a quick tour around the yet to be complete interior of the social club earlier this week, Aynebilim said she wanted to create a space where punters could boogie down into the wee hours without having to worry about neighbors complaining about the noise like they do at LF Restaurant. “We got a few complaints from neighbors, so this new place it’s going to be late night music,” she said.

The old villa has been hollowed out into a cavern-like, red brick den with high tables, a stage and a big open dance floor, designed for maximum mingling and boogieing down.

To that effect, Saturday’s soft opening will feature the Havana Kings a quartet of cool cats from around town laying down some Cuban beats to get you shaking.

If you’re in the mood for food, LF Social Club offers the same delicious food options as LF Restaurant, featuring a medley of tapas and main dishes from around the Mediterranean.

Back at LF restaurant, we had the mushroom sauce penne, a deliciously creamy dish served with a side of cigarette breaks, spring roll like snacks, stuffed with feta, rather than vegetables, all washed down with a glass of orange, coconut and lime juice; perfectly complimented by the shaded courtyard on a sunny afternoon.

Aynebilim also told us LF Social Club will serve woodfire pizzas, and all the standard fare cocktails and mixtures one would expect at any establishment along 308.

But her secret drink special is their Turkish coffee, thick and strong, Grynszpan tells us it comes directly from their homeland by friends.

“She’s got a few friends who come with them; 500 packs of Turkish coffee,” he said with a laugh.

Despite the current economic hardship, both tell us around 80 percent of the profits made at both venues go to help support the villages at their shelter in Choeung Ek.

And while the name could seem out of place for a duo of hip venues in Phnom Penh, Grynszpan said the cause they serve is about providing service, support and life.

“To give a purpose to the killing fields,” he said.

Continue Reading
You may also like...
Related Topics:LF, Living Fields, Turkish, What's On the Menu

Top Things To Do in Phnom Penh THIS Weekend
A Corker of a Porker: Animal Farm Comes to Phnom Penh