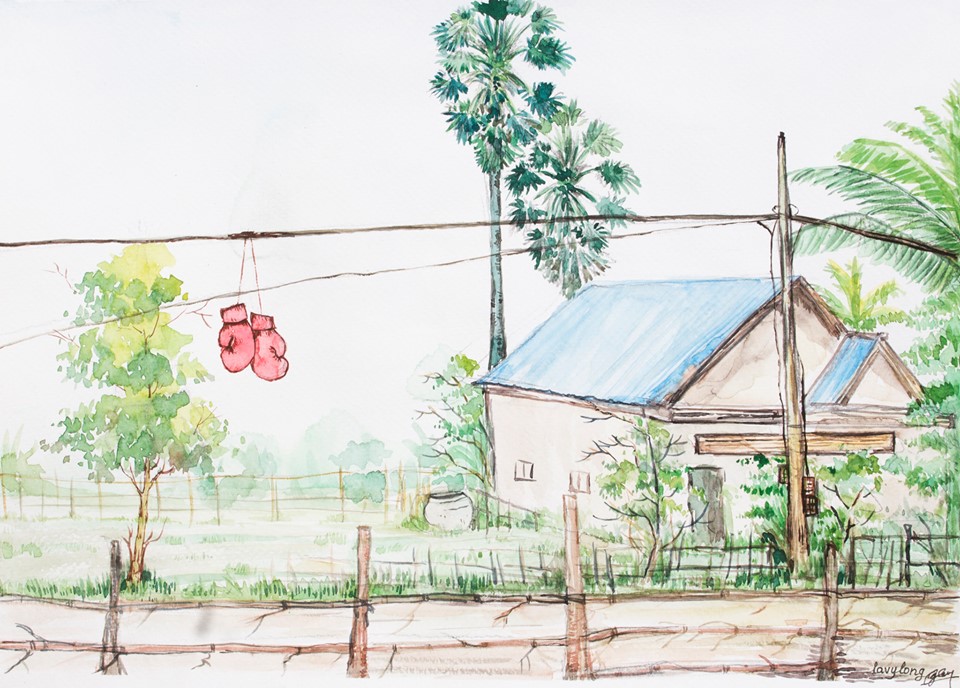 Lavy Long’s second solo exhibition is set to open this month, showcasing watercolour landscapes that reflect on a life spent as a professional Khmer kick boxer and a tuk-tuk driver.

Born in Pursat province in 1980, Lavy spent most of his childhood in Kandal province, just outside of Phnom Penh. As a teenager he began studying watercolour painting and honed his skills to capture landscapes and cityscapes from the chaotic capital to peaceful countryside scenes alike.

Alongside his art, Lavy, who now lives in Prey Veng province, spent some years as a professional kickboxer. He’s also a tuk tuk driver by trade, and these experiences are explored throughout his work.

The exhibition, which runs until 17th October, will open with a launch night on 15th August at House of Scott, providing a ‘meet and mingle’ opportunity for art lovers with the artist himself. Complimentary drinks and canapes will be provided.