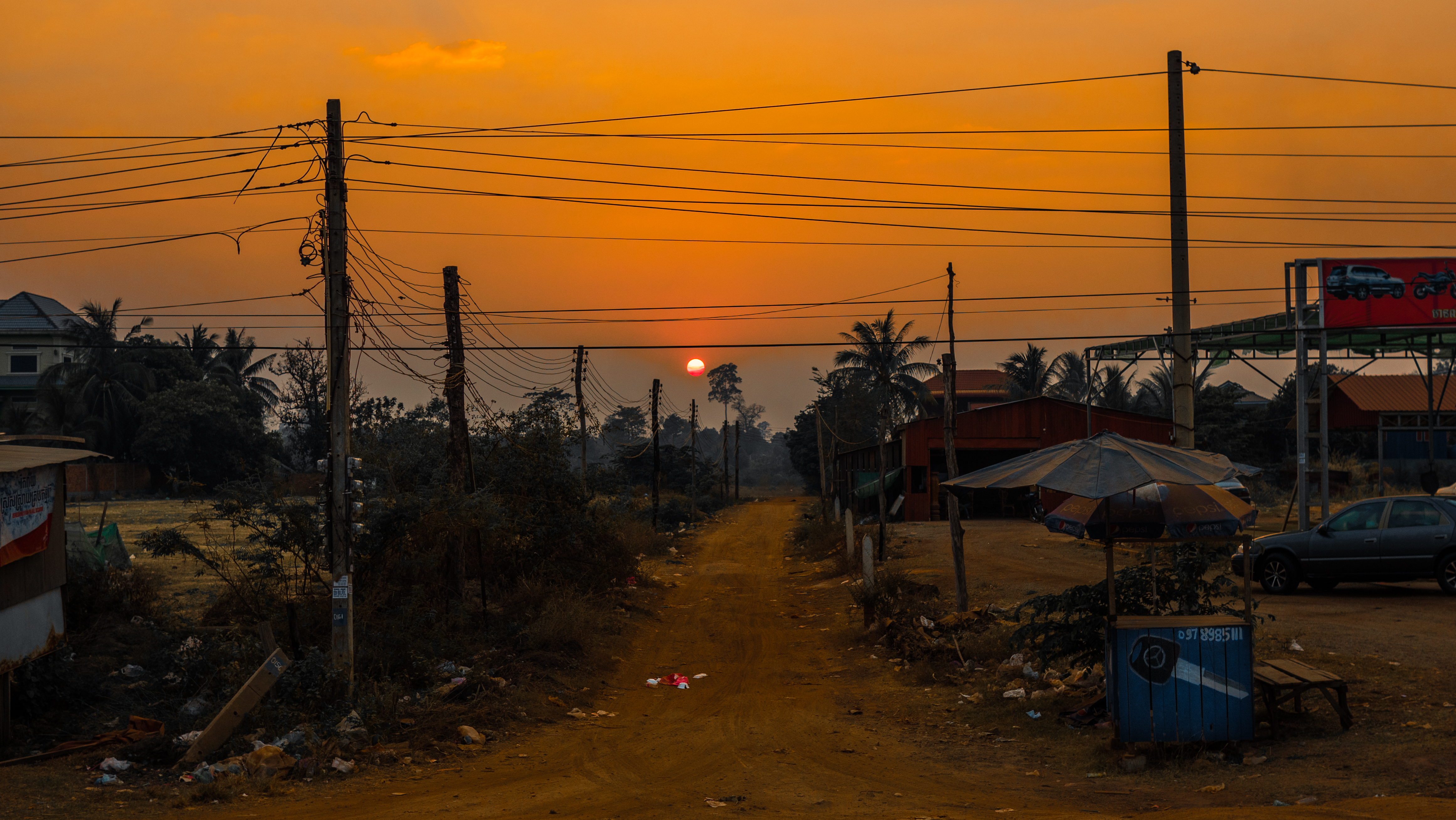 The scene was like a “war zone”. Thousands of striking garment workers had shuttered factories around the country and filled the streets to demonstrate for higher wages. Just outside of Phnom Penh, they burned tires as a barricade against the oncoming riot police. Some threw rocks and bottles at the officers. Their volleys were returned by live ammunition. Four civilians died and more than 20 injured. Others were arrested and beaten. This took place just over six years ago, in early January 2014.

Workers had been protesting for weeks for higher wages and better working conditions, and some protests had already been deadly. The garments, shoes and accessories that they made were – and still are – the country’s top export, and yet each worker earned only $80 a month, a number which had been $61 just nine months before. The government started 2014 by making a final offer of a $100 monthly minimum wage, which the unions rejected. The workers were tired of making far below an actual living wage and they’d already come this far; they weren’t going to give in until they were closer to it. They demanded $160 – and in response, some gave their lives.

The deaths ended those demonstrations, but not the struggle. Negotiations were fraught throughout the year between labour unions, factory owners and government representatives who’d come together to discuss and agree upon a minimum wage. By November 2014, it was decided that 2015 would start with a new higher minimum wage – $128.

Now every year at the National Council on Minimum Wage meeting, representatives of those three entities come together to decide a fair minimum wage for the following year – deeply aware of the consequences of their decision and how they got here.

Negotiations began on Friday to set the 2021 minimum wage for the textile, garment and footwear industries and continued through today. The new rate has been set at $192. A $2 increase that the Prime Minister has described as a “gift” from the government. This slight increase is significantly below inflation, and it’s been a rocky road getting here.

While every year this meeting can be contentious as each side vies for its constituents, 2020’s Covid 19 outbreak and the EBA agreement partial withdrawal has caused un-paralleled uncertainty.

The coalition of unions entered the meeting on Friday having already collectively decided on how much they’d ask for – a 6.1% increase, or $11.59 per month. The Garment Manufacturers of Cambodia (GMAC) entered the meeting saying that it wants the minimum wage cut.

GMAC had hoped not to have these meetings at all and had asked in June to postpone the negotiations for another year, maintaining the current wage through 2021, on the basis that the industry was too vulnerable to handle the wage’s usual annual increase for cost of living – a motion that was rejected.

“Even if there were no extra challenges this year, in previous years the employers’ party has always made it difficult to increase the minimum wage, so we are not surprised at the employers stance,” remarked Pav Sina, president of CUMW union, to Camboja News.

The union representatives returned Wednesday to the second day of negotiations with a new figure in mind: $203.35, or a $12.35 per month increase.

Six months in the making

There’s a lot at stake this year. When the global pandemic hit North Asian and Western shores, many apparel brands cancelled orders or refused to receive deliveries of completed orders, leaving factories in a lurch. It was difficult to complete orders that hadn’t been cancelled because the materials come from China – which had halted production during its lockdown. With so many cancelled orders, many factories had to face suspending operations or closing permanently.

Four-hundred of the over 1,000 factories have closed or suspended operations due to Covid-19, causing more than 150,000 workers to lose their jobs, according to GMAC – though the Ministry of Labour had the number of shuttered factories pegged around 500.

All told, there are roughly 800,000 workers who rely on the minimum wage, and thousands more who are dependent on the industry, including drivers, food stall operators and informal producers. In fact, one in five Cambodian households is dependent on a job in this industry – a number that highlights how devastating the loss of orders can be to the country as a whole.

Compounding the pandemic’s financial fallout is the decision of the EU to withdraw a significant portion of Cambodia’ preferential trade agreement on August 12, affecting some garment and footwear products and all travel goods, after finding the Kingdom committed “serious and systematic violations of the human rights principles enshrined in the International Covenant on Civil and Political Rights”.

The withdrawal applies to 20% of Cambodia’s exports to the European Union, which will now be subject to the EU’s tariffs, costing the Kingdom upwards of $650 million a year.

To soften the blow to factory workers, Prime Minister Hun Sen said in February that suspended workers would be paid 60% of the minimum wage, roughly $114 (one-fifth of that coming from the government), if they attended mandatory training. After GMAC complained, the amount was reduced in April to $70 a month – or $10 less than the minimum wage people fought so hard to raise just six years before.

A month after that decision, union and labour representatives sent a joint letter to Hun Sen asking the government to return to the original idea of workers receiving 60% of their wages, to raise the garment workers’ minimum wage to $250 and to create similar fixed incomes for other sectors who currently have no set wages, like construction, tourism, service industries and transportation.

Within days, GMAC president Van Sou Ieng used the same logic to demand the inverse. He called on the government to reduce the garment sector’s minimum wage by 30% for two years – or to get rid of it all together, in order to make the garment sector “comparable to other sectors – agriculture, hotel, restaurant, et cetera – that have no minimum wage”. He reasoned Cambodia needs lower wages to stay competitive with Vietnam, Myanmar and Bangladesh.

All of these arguments may be academic, though, as thousands of workers have taken to the streets in small and large protests over the past five months because they hadn’t received either part or any of the $70 monthly stipend, back wages or seniority (severance) payments from factories that have closed, some calling on the Prime Minister directly to intervene on their behalf.

In mid-August, 17 unions banded together to launch the “Say No to Workers’ Hunger” campaign, protesting Labour Ministry’s decision to allow employers off the hook for notice pay and seniority payments, first announced by the Ministry in June and affirmed via a letter released August 14. The letter said companies no longer owed these severance payments during the pandemic if they went bankrupt, shut down or had no orders due to Covid.

So far, requests from NGOs and unions for the Ministry to take action about unpaid seniority payments have gone unanswered, making protests likely to continue.

But some workers have also protested that they have not received any part of the monthly stipends promised them, meaning either from the government or the factory. The Ministry of Labour had shared that it’d been collecting names of suspended workers in order to send Wing payments and periodically announcing how much it’s given out to garment and tourism workers to date, but there’s no reliable accounting for how many furloughed workers have received their share – or even of the exact number who are on the roster.

There’s another question up in the air – can workers even survive on the sums that they do get? A lot has changed in Cambodia in the last five years, especially the cost of living.

Seventy dollars is a far cry from $190 (or $192), and according to CLC president Ath Thorn, the usual minimum wage doesn’t match up with a worker’s actual monthly expenses of $200-250. In normal times, labourers work overtime to make up the difference – an option increasingly not available to them.

Many workers and others who have lost their jobs have turned to borrowing from family, friends, unlicensed lenders or microloan providers, amassing a staggering amount of debt.

In July, an investigative report released by LICADHO, CENTRAL, and CATU on garment worker’s over indebtedness raised the ire of Acleda Bank, the Cambodia Microfinance Association and the Association of Banks in Cambodia, who all claimed the groups’ findings were biased and questioned the groups’ “real” motivations.

“Worked to Debt” says that the overindebtedness of garment workers to microfinance institutions amounts to a human rights crisis, as they are losing their land, eating less, migrating and/or taking out more loans to cover those loans. According to its findings, “On average, the combined monthly payments for debt and food expenses exceeded workers’ salaries…96% of respondents who held microloans said their life was either ‘much worse’ (80%) or ‘slightly worse’ (16%) now”.

The groups stood by their findings.

The new rate is fortunately not a cut for the workers but remains a far cry away from what garment workers’ need. But perhaps the discussion shouldn’t focus on simply what next year’s official minimum wage should be, but also on what and how the workers will be paid should factories remain closed. $192 on paper is one thing, but if the actual take home is $70 – or less – then reason goes to show that there’s only so many parcels of land or meals that can be given up before something else has to give.

“Our civilisation is confronting a descent to catastrophes”: Artist-Activists Adana and Tyta On Their New Show
Java: Looking Back at 20 Years on the Cutting Edge of the City’s Art Scene