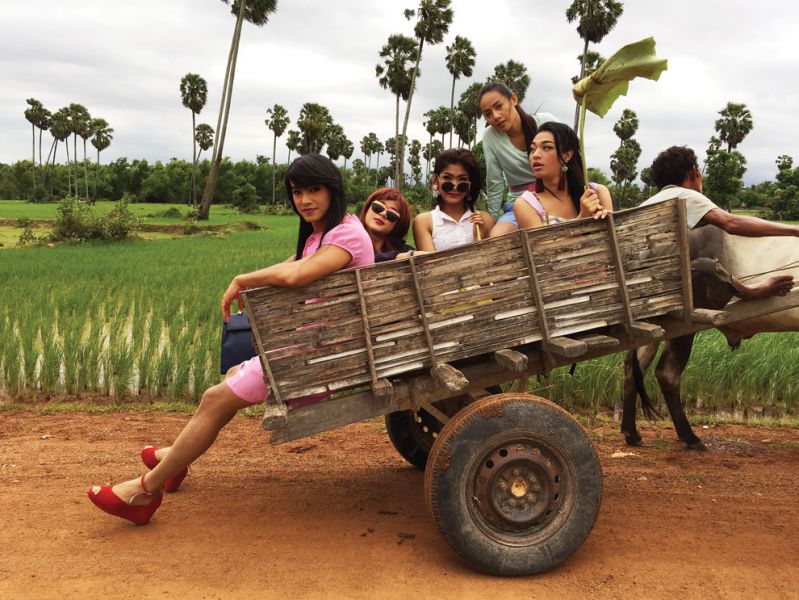 Two fantastic Cambodian films and a fascinating photography exhibition bring this awesome festival to a close.

Hosted by the L Bar – the country’s first ever lesbian bar – the Phnom Penh Feminist Film Festival brings together great films from female directors in Cambodia and beyond, as well as documentaries, shorts and features that tackle issues of gender and sexuality.

(Oh – and free popcorn! What more could you want?)

In this third and final session, the festival focusses on the experiences of LGBTQ people in Cambodia today through two very different perspectives, followed by a Q&A with Director Sao Sopheak and LGBTQI+ Activist Seav Long Ny.

Plus, there’s still time to catch award-winning visual journalist Diadem Tali’s photography exhibition, hosted in conjunction with the film festival, and exploring the lives of marginalized women in the Global South.

Two Girls Against the Rain

First up, there’s a screening of Two Girls Against the Rain, a moving documentary directed by META HOUSE’s very own creative director, Sao Sopheak.

This short film tells the story of two women, now in their late 50s, who survived the horrors of the Khmer Rouge, fell in love, started their own small village community and continue to fight for their right to marry.

This will be followed by a screening of the feature length Khmer comedy, Poppy Goes to Hollywood – the tale of homophobic, job-shy loser Mony, who has to turn to his brother, a ladyboy in a cabaret show, for help when he angers the local mob.

Disguised as one of the troupe, Mony flees to a club called Hollywood and has to learn to blend in, and is forced to confront his prejudices in the process.

Alongside the two films, make sure you drop in to see Didem Tali’s collection of photographs chronicling the lives of margninalized women in countries throughout the developing world.

Didem has reported from all over the world for publications like the New York Times, National Geographic, The Guardian, BBC, Financial Times, Al Jazeera, NPR and VICE – often in areas she “wasn’t supposed to be”… refugee camps, minefields, war zones, brothels, underground churches and so on.

By building deep levels of trust with her subjects, she is able to catch intimate, natural images of women in their private spaces, with powerful results. You’ll also have the chance to buy prints of her work.

What Diadem Saw also shows at the L Bar until 2nd July.