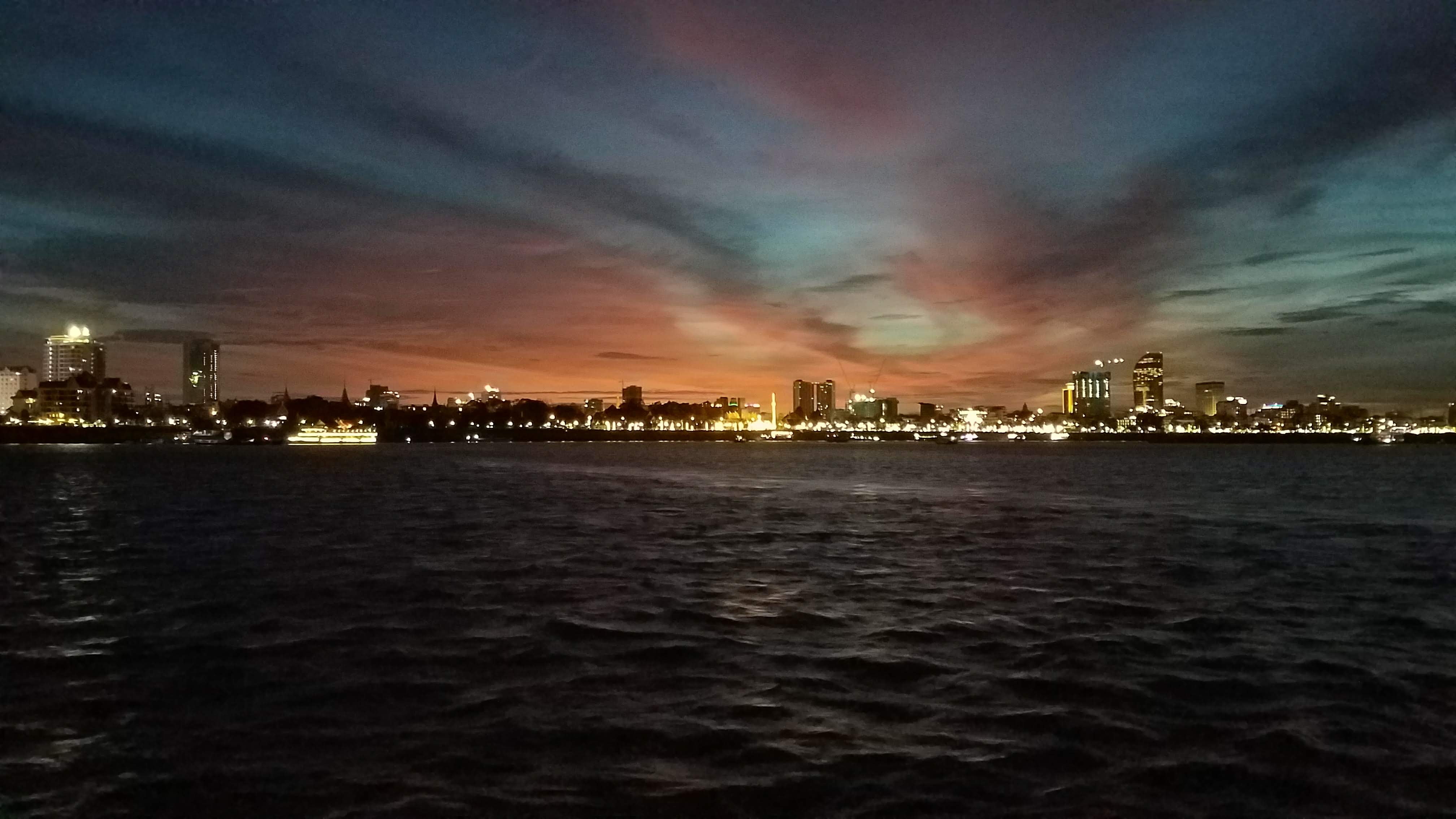 How To Spend Pchum Ben in Phnom Penh This Weekend

Pchum Ben turns our focus to family – those with us and those who are not. For those in Phnom Penh, with family too far away to visit, you can take solace in a feel-good family comedy in which an elderly grandfather moves in with his daughter’s family…and his grandson starts The War with Grandpa for having taken his room.

Le Phnom 1929 restaurant inside Raffles Le Royal is holding a Paulaner fest, starting this week. Litres of Paulaner beer and dishes of chicken schnitzel, sausage and sauerkraut will make you feel as if you’re in Germany. The prices might, too. $10 a plate, $8 a beer or $18 unlimited weißbeer.

Doing their version of Oktoberfest, The Box Office started Boxtober Fest this week. They already had the beers, but for this holiday expect longer than usual happy hours and competitions in which the prizes are lots of free beers. Hurra!

Free beer!! No, not a gimmick to get your attention. Boran House is giving out free refills between 6:30 and 7pm to anyone who’s paid for a draught beer. Sounds like a perfect happy hour!

Jazz and blues outfit Major Minor, composed of James Speck on keys and ukulele, Tim Holland on bass and Anthony Armenti on drums, are planning to groove at Alchemy tonight.

The ever-multidimensional Band@Work has set themselves up for another impressive night of covers at the Hard Rock Cafe, this time taking on pop giants Pink, Maroon 5 and Lady Gaga.

Prolific songwriter, singer and guitarist Scott Bywater is playing a solo show at Oscar’s on the Corner. Expect originals and covers that make you contemplate life and ultimately feel good about it.

You know how salsa dancing is everywhere and you may watch it and think, “I wish I could do that”, but then feel too intimidated by all the fancy footwork to give it a try? Well, why not give it a try tonight? Azure is holding a free salsa and bachata dance night in its large open air restaurant, and there will be a class for the hour beforehand ($7) to learn the basics.

When leaving a party, a college student is raped by three police officers. A helpful stranger encourages her to report the crime. The police effectively say, “One of us? You better rethink what you’re saying – for your own good”. She stands firm. Told over one night, Tunisian film Beauty and the Dogs delivers a nightmare scenario with anxiety and empowerment.

The new gallery at the Factory, FT Gallery, is holding its debut art opening with works by artists from the Open Studio Cambodia artists collective. Four Cambodian and one American artists have banded together under the show’s title “Tomorrow is a New Day” to share their personal experiences with forced labor and enslavement, sexism and poverty physical disabilities, using a variety of mediums, including acrylic paintings, watercolors, block prints, hand-cut paper and interdisciplinary/digital art.

Very talented singer Kirsty Day and her equally talented guitarist and co-singer David Bell are playing hits that make you want to dance and sing along at Boxtober Fest’s first live music event.

At Green Pepper, another singer/guitarist duo, Intan and Arone, is taking the stage. Their sound is jazz, both raw (as in exposed) and smooth at the same time.

For acoustic pop covers with a twist (meaning, like, a genre change up) check out The Boxchords at Alchemy. They like to take songs of any genre and make them into boppy feel-good tunes.

Duplex is gonna swing tonight with jazz trio Major Minor. They’re comprised of the usual keys, bass and drums, but with the secret sauce addition of ukelele.

No Problem Disco basically means tunes meant to make you dance, like disco, but without that icky 70s polyester. Revised disco. Disco for the 21st century. Disco while you drink a cocktail on a rooftop overlooking the sun set on Phnom Penh’s expanding skyline.

Urban Tales is doing a special Pchum Ben-themed walking tour of Phnom Penh. Visit two pagodas and speak with a monk, while a guide shares his knowledge about the holiday and Buddhism. $15 per person. Might be a good opportunity to learn and experience the city as you hadn’t before.

Rolling their celebration of South African Heritage Day with the Pchum Ben holiday, Brass Monkey is having a traditional braai (barbecue) with plenty of meats and brandy. In fact, they’re giving out a free bottle of brandy to the best costume (no, we will not help you cheat and tell you what you’re meant to dress up as). $15 all you can eat.

Cakes & Craft is launching their version of Octoberfest (pointedly with a “c” and not a “k” to highlight “Cambodia”) with many Cambodian beers on tap and a whole lot of Bavaria on the menu (sausages, roast ham and chicken, pretzels and sauerkraut).

There’s plenty of football (soccer) to watch this weekend as the English Premier League is playing its second round of matches. You can check them out at Phnom Penh’s major sports bar, Score Bar, where they’ll show the games on a big screen. Or you can head to the city’s major backpacker’s hostel, Mad Monkey, where they’ll have prediction competitions with prizes and drink specials.

In French film, An Easy Girl (Une fille facile), 16-year-old Naïma is introduced to the world of yachts, champagne, nightclubs and older men as she spends a summer in Cannes with her cousin Sofia, six years her senior. Sofia says she’s living the free life – she’s free to flit from deck chair to deck chair, indulging along the way – but an outside observer may recall the old adage: nothing in life is free.

A very memorable trio will help you round out a memorable weekend (well, depends on how many beer fests you went to) with Green Pepper’s Smooth Sunday. The Intan Andriana Trio, led by Intan on vocals with Stan Paleco on guitar and Daisuke Yasukochi on double bass, will perform relaxing jazz classics to help you chill before Monday.

If your ideal way to start a Sunday is watching a no-holds-barred ultimate kick-ass fight, head to Score Bar. They’ll have the Covington vs. Woodley Ultimate Fighting Championship match on the big screen. You can have a beer with your brekkie. 🙂

Continue Reading
You may also like...
Related Topics:pchum ben, pchum ben phnom penh, phnom penh live music, Phnom penh nightlife, phnom penh what to do, what do in phnom penh over pchum ben