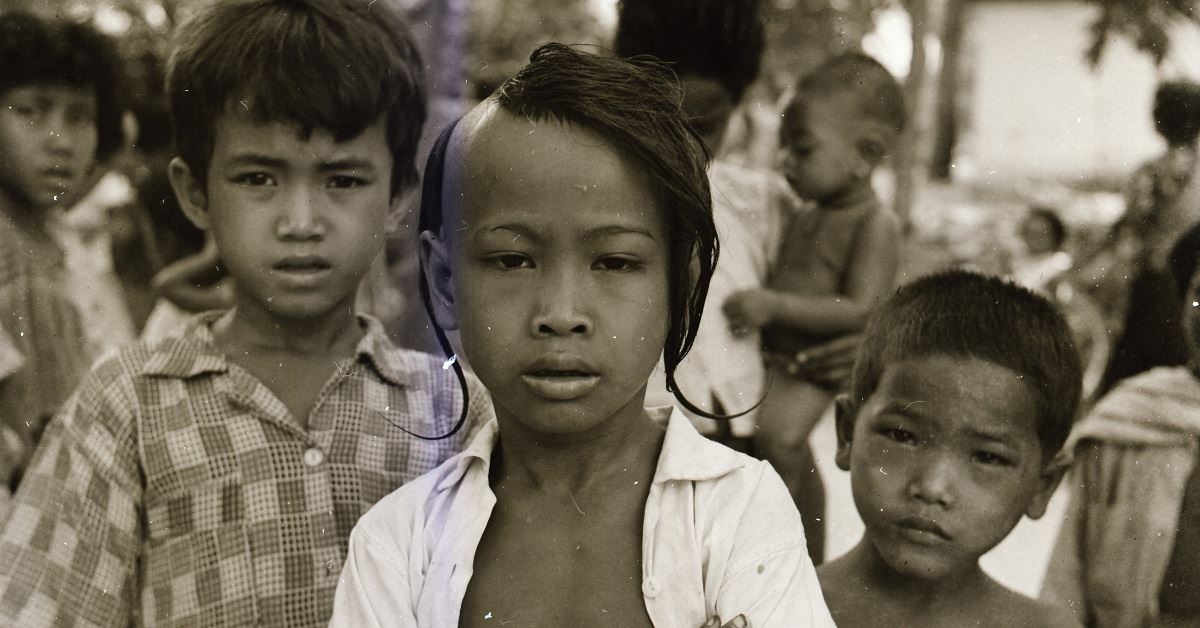 Most know the 1950’s and 60’s as Cambodia’s golden age, a time where culture and the arts blossomed and a sense of national identity unrelated to colonial overlords was forged.

While there is plenty of evidence of this flowering taking place in Phnom Penh at the time, there is only a smattering of documentation of what life was like outside the capital in this period, according to researcher, Sokphea Young.

“Not many foreigners, even Cambodians themselves could imagine what Cambodia would look like at that time, it highlights the rural community and the indigenous people,” he told What’s On Phnom Penh earlier this week.

As part of his research for his Post Doctorate with the University College of London however, he stumbled across more than 2,000 black and white, square photographs of life in the provinces during the period, from Battambang to Stung Treng, a collection which will be on display at the Bophana Center from tonight.

The photos were all taken by the late Michael Vickery, an American political anthropologist, historian and researcher who quickly fell in love with Cambodia and its people, according to Young.

“He lived throughout the country, he started his work in 1955, in the beginning he was in Kampong Thom as an English teacher and married a Khmer woman in Battambang,” he said.

Young came across the vast collection of photos during his research, when he found a photo on Facebook posted by a woman who turned out to be Vickery’s foster daughter who lives in Chaing Mai, Thailand.

It turns out that Vickery fled through Laos into Chaing Mai, just before the Khmer Rouge swept over the country.

Young notes that Vickery’s photographs provide evidence for his research on the vast income and development inequalities between Phnom Penh and the rest of the country at the time, noting the clear signs of malnutrition and lack of infrastructure featured in Vickery’s work.

Young also points out that while in the capital, arts and culture, particularly film, was blossoming thanks in part to the King’s interest, the sheer lack of photographic evidence of life in the provinces during the period is indicative of the country’s disparity.

“The photo became popular because the king enjoyed cinema photography,” he said.

“Photography was popular in Phnom Penh, in the urban areas, but not in the rural areas, so I’m trying to find out what it means.”

Young hopes his research can shine a light on how photography can be a symbol for and citizenship and identity. He believes the lack of cameras in the provinces at the time meant many rural Cambodians could not obtain ID cards and as a result were barred from accessing services, which was further exacerbated when the civil war broke out and the Khmer Rouge took over.

“They weren’t recognized by the state and during the Khmer Rouge, you hardly see any photos taken by individuals, accept for those in Toul Sleng,” said.

Vickery continued to take photos throughout the region, 20,000 of which have been developed. He passed away last year in Battambang at the age of 86. His foster daughter will present part of his collection at Bophana tonight.

Young hopes his work can shine a light on a part of the country that was forgotten as the spotlight shone on the capital.

“It can provide some contrast between the rural and urban areas of Phnom Penh,” he said.

“It shows how different people practiced their livelihoods and how the citizens are living in both rural and urban areas.”