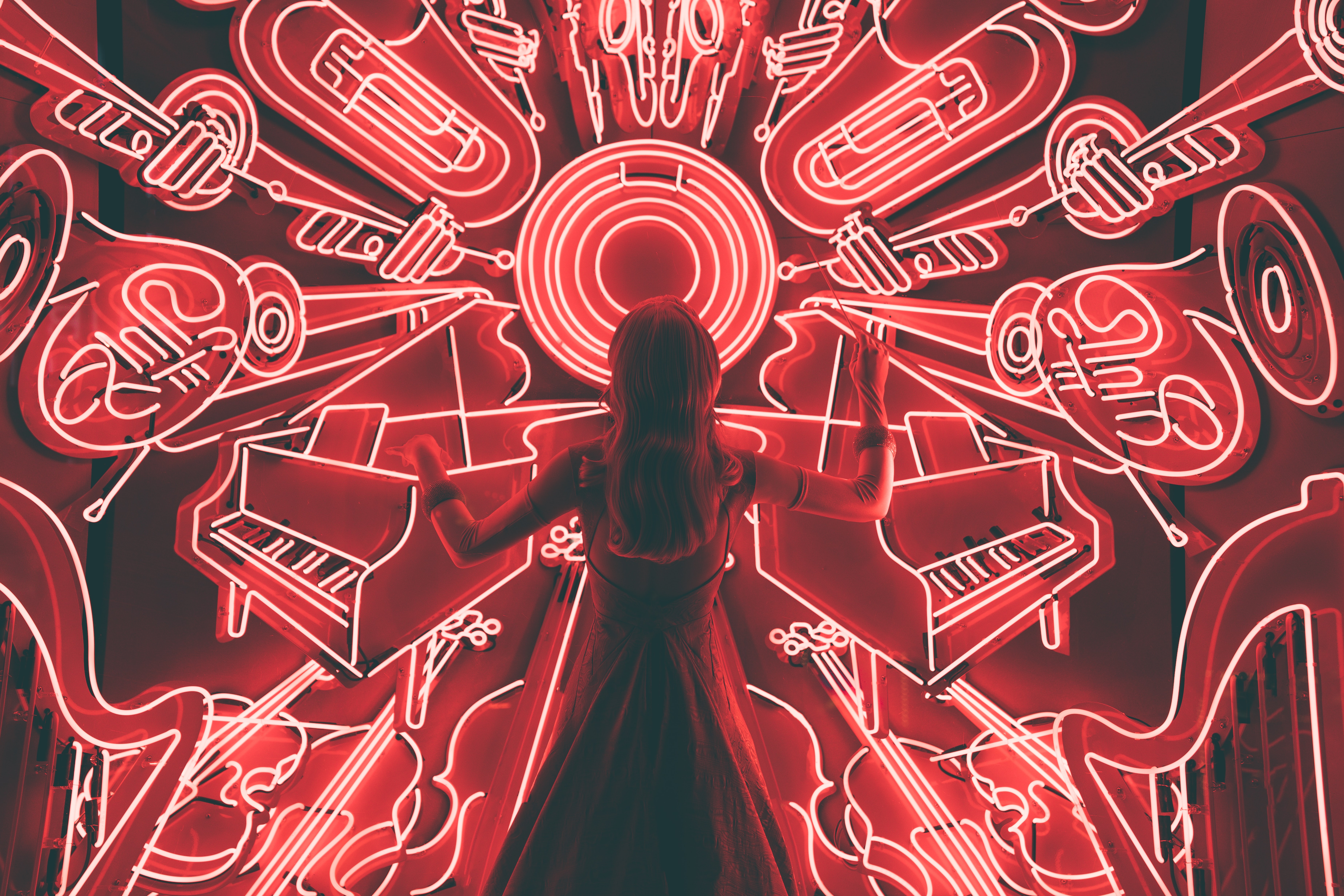 Ready for the Weekend?

Photo by Spencer Imbrock on Unsplash

The Boxchord play vibrant acoustic versions of popular songs; be they folk, rock, punk or RnB in the original, The Boxchord’s version is boppy feel-good.

Mirasol and Stan are back at Alchemy tonight. Soul singer Mirasol Aguila and guitarist Stan Paleco run the gamut from RnB to contemporary hits to hip hop to, of course, soul.

Intan Andriana says “Just Take Five” (an homage to the Dave Brubeck song) at tonight’s Jazz and the City concert. On stage with Intan are Metta on keys, Andrey on bass, Euan on saxophone and Funky on drums.

The little home away from home Red Bar will have people snuggling into their comfy seats to sit around Saska Chewan (of 99 Boyz acclaim) as he serenades them with indie rock and reggae tunes.

Feel the beat with Kairon and Lis (of hit Latin jazz group The Havana Kings) as they play a Reggaeton Party at One Love Reggae Rooftop. Expect a smile on your face and a wiggle on your butt.

Singer-songwriter-with-guitar Gareth Bawden is debuting his sound at Oscar’s acoustic night tonight, with a special happy hour coinciding from 8–10pm.

For some authentic, down and dirty, homegrown Chicago blues, check out Jeffro and His Chi-Town at Sharky’s.

New Yorker and DJ I’m Zeke knows how to party from Phi Phi to Ibiza. He’s going to be spinning his ultra-dancey mix of house and hip hop at Duplex. They say call ahead to book your seats, but will you want to be sitting?

For some non-stop grooving to house and techno beats (speaking from personal experience), check out Shadows of Space at Meta House. He’ll be joined on the decks by DJs Jason Le and Nick E. Meta.

How did punk get into Myanmar in the 1990s when it was closed off from the rest of the world? Same way everything spreads to unexpected places: sailors. Illegal tapes brought back ignited a small but hardcore following of the rebellious musical genre, which documentarians secretly recorded for the award-winning film Yangon Calling.

Ooo! Aa new spot in town to get down. To celebrate their grand opening tonight, Lost in Phnom Penh is throwing a massive bash with performances by La Cima Cartel (YCN Rakhie and Meezy & Allergy) and DJ Mash-K. Aren’t you curious? 😉

There’s no better band to play Penh House’s Sunset Soul party than the Soul Pilots. Fronted by Rhiannon Johnson, the group is an all-star ensemble of Phnom Penh musicians playing soul and jazz music. Restaurant Fat Passion will be joining in, serving up bites at the pop-up food station, and the hotel’s bar and pool are open to all. Tickets, which include a free cocktail, are $10 in advance and $15 dollars at the door.

A new team has emerged – The Funboy Three – out of three regular performers at The Box Office concerts: Criztian Velayo, David Bell and Hugo St. Leger. They’re super stoked and have “guaranteed” that they’ll blow you away.

There’s not one, but two live Latin parties tonight. At 7pm at Hops, playing La Fiesta de Felito, are Cuba Son, Dj Adrián, Felito El Moreno and 12me. To add to the fiesta, the German restaurant venue will be serving up Cuban food and cocktails. (7pm, Hops Beer Garden, St. 228) Ítacate Mexican Restaurant’s party will feature a live performance by Mayimbe that’s promised to get you ditching your seat to hit the dance floor. And, of course, there’s Mexican food to go along with that. (8pm, Ítacate Mexican Restaurant, St. 302)

British musician Joe Wrigley will be sharing his love of old school Americana, folk and country at his solo acoustic show at outdoor botanical and beer garden Botanico.

Indian fusion band Prerna also has a third member for tonight’s show at Meta House – Verča Janouchová on sax. Verča is joining band regulars Thomas Hommeyer on sitar and Pervez Gulzar on tabla for this chilled out set.

Virtuoso duo Mary and Danny will be playing “a little of everything” at new Tuol Sleng favourite Boran House, where the drinks are cheap and the owners are friendly.

Get your rock on at Cloud with a three band line up, headlined by Sam and the Unbreakables (check out our interview with from last year when they were going by SamRocker). Blood Bricks and Zilent are rounding out the list, promising a heavy set.

And there’s not one, but two disco parties tonight! Go figure. Hard Rock Cafe has a band and two DJs playing an all-night disco fest in their sizeable venue. It’s free and going till late. (7:30pm, Hard Rock Cafe, St. 102) Bouchon is asking people to come dressed in your vintage “orange pants” and get down to the disco funk they’ll be spinning. (8pm, Bouchon Wine Bar, St. 174)

If you’re feeling like salsa, don’t fret – Azure has you covered. They’ve put together a new playlist and cleared the floor for all levels of dancers. Plus, they’re whipping up some frozen cocktails. Num!

Cinemas are still closed, but you can get your public viewing fix at Sla Boutique Hostel’s movie night. We can’t tell you what film you’ll be seeing, but it’s a “boutique” hostel so it’ll probably be classy.

Jeweller and gemologist Alice Varini is holding workshops today all about the gemstone treasures native to Cambodia. She’ll show which stones you can find in different provinces – Mondulkiri, Ratanakiri, Takeo, Kampong Thom and Pailin – as well as what traps to avoid at the market. She’ll hold a morning workshop and an afternoon one as each is limited to six seats, and the ticket is $45.

Okay, parents. Plan in advance for this one. Make It is doing a children’s book exchange, but you have to bring in your contributions – all languages welcome – by 6pm Friday (so, yesterday, July 31). Then today you can come in and pick up the same number of books that you dropped off, but these ones will be new to you!

Battambang Blaze is not a misnomer. It’s a fiery hot BBQ sauce made from Cambodian chillies, and it is the featured item at this week’s mini market at Farm to Table. As if they knew that buying BBQ sauce makes you wish you had some tasty BBQ in your mouth at that moment, La Ferme de Bassac will be on hand to grill up meats and veggies from their farm for you.

And Sra’Art is holding its second art and wine pairing. Try ten different wines as you have a guided tour of the gallery’s exhibition, now showing solo artist KOK. The wine, tour and tapas are included in the $25 entrance fee.

Learn to paint while sipping cocktails and nibbling on snacks at restaurant Kinin’s outdoor garden. A joint venture with Yamada School, the class will cover watercolour and acrylic botanical painting with teachers from the school. The $30 fee includes all the sips and nibbles, instruction and materials.

We hope you discover something – or someone – to love this weekend. Enjoy!

The Best of What’s On this Weekend
Weekend Shenanigans