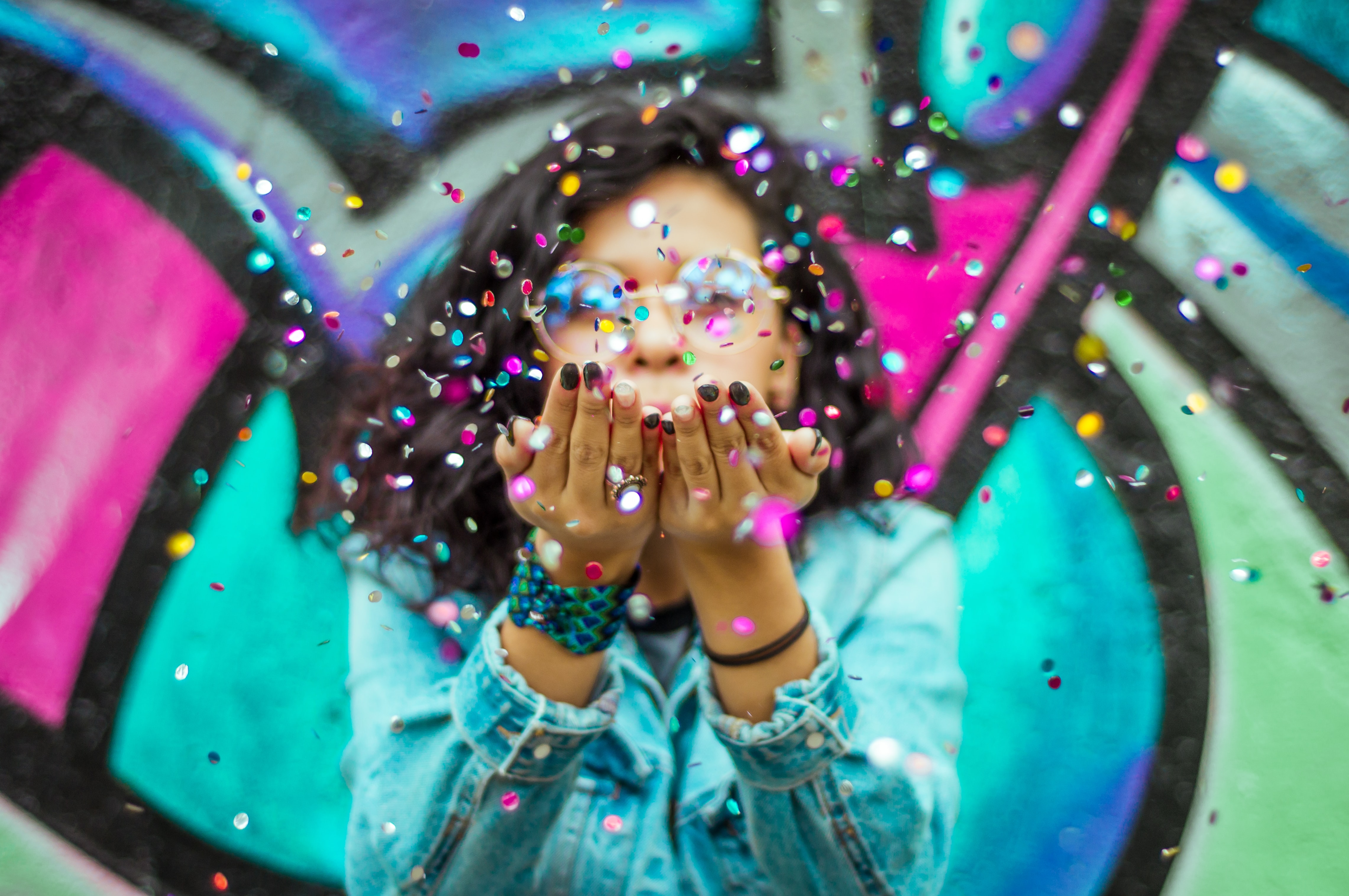 Rest is for Mondays.

Photo by Hugo Ruiz on Unsplash

Discover an array of worlds, people and circumstances in just one hour: Meta House is screening a collection of short films by Cambodian directors and film makers who are based in Cambodia. Premiering tonight is a new film by Marc Baudinet, Trust, in which a school girl befriends a poor elderly man who sells trinkets in front of her school.

Mini Banana – hostel and tiki bar staple by Wat Lanka – is combining celebrations for its 10th anniversary and reopening after renovations in a Rebirth extravaganza. After a decade in business the guesthouse down a little lane has a new look and new staff and will be toasting the future with music by Khmer band Kh’yal, classical pop group Mora & Sreyneang, and DJs Nemo and Dalah; fire performance by Twin Flames; and free passed hors d’oeuvres and drink specials.

Feel the soulshine at Mirasol and Arone’s show at Alchemy. She’s a virtuosic soul singer; he’s a nimble-fingered guitarist. Together they play everything from soul to hip hop to contemporary hits.

Weekly music show Jazz and the City is exploring where Soul Meets Jazz tonight. Singer Intan Andriana will be joined by special guest vocalist Rhiannon Johnson. The pair are supported by Euan on saxophone and James on piano.

Utterly danceable ska band Checkered Past is back from quarantine and have fired up their trumpets, saxophones and all of their energy to play a celebration fest at Cloud tonight. DJ Airfix Twin is following up to keep the party going to the wee hours.

Melodious singer with guitar Robin Narciso plays Oscar’s acoustic night with songs that make you reminisce and originals you’ve never heard before. Following his set are K ‘n’ E, specialising in Khmer and English rock from the 1960s.

Femke and Anthony have the late-night jazz scene covered tonight as the duo performs their melodic, acoustic versions of jazz and pop tunes.

Liquor creators Seekers are opening up again on the first Friday of the month to show off their flavours, but this time new hire Jonah Wood will prove that he’s more than just an account manager. He’s a DJ.

If you’re feeling disco, but not in a I-just-stepped-out-of-a-time-machine kind of way, head to Duplex for some Twisted Disco.

Botanico has a new location and is celebrating with all day, family-friendly programming. Children’s band Mimi and the Merrymakers will play two sets, while The Giving Tree school does face painting and two kinds of BBQ are sizzling on the grill. Then jazz musicians Antonio and Gerard will round out the evening with their smooth melodies.

Odom Garden is also celebrating their opening with a Fun Day Fun Dog Show alongside the folks at VSL Veterinary Clinic. Categories include best mutt and waggiest tail (among others), and any puppy is allowed to enter a category with a $2 fee, with all proceeds going to Animal Rescue Cambodia. But all the doggos are winners when they eat the free pupcakes from Pet Kitchen Cambodia. And a portrait artist from Nowhere Art Studio will be on hand from 2–6pm to immortalise your four-legged friend on canvas.

Kbach Arts is launching its annual arts competition, seeking artists from all around the country who work on canvas, digitally or in street art. The winners of this juried competition will win cash prizes as well as professional contracts.

Sa Sa Art Projects exhibition space has been taken over by an interconnecting network of tunnels, covering its floors, walls, tables, seemingly made by a colony of insects. But in fact this elaborate art piece is the creation of Phnom Penh sculptor Eng Rithchandaneth. She will be on hand to discuss her piece at today’s opening showings. Space is limited to 15 people at a time, so showings are at 5pm, 6pm and 7pm.

Artists Adana Legros and Roman Koenig will give a talk and answer questions on their joint exhibition “The Art of Detachment”, currently on display.

For a culinary journey and an arts extravaganza, head to Alchemy for A Taste of Africa. The free cultural event is a celebration of African food, music and performance arts. Led by MCs Daniel and Ester, the night will feature live Nigerian music by Phoenix Enta10ment, live Afrobeats by Blazeal and E. Black, DJ’d Afrobeats by DJ Epopsy, traditional dance performance by Esther and a poetry reading by Kamila Yusuf. That’s a proper extravaganza! And there will be a Nigerian food menu on offer by Kouch Oman African Restaurant.

Singer-guitarist duo DNA will be playing an acoustic set of Khmer and English favourites poolside at Mad Monkey, while the guest house will be serving up BBQ and specially priced drinks. Later in the night, DJ Bakes will be spinning underground deep house dance tunes.

Reuniting on stage after a few years apart, Khmer rock ‘n’ roll band Rondom is ready to show off their wide range of styles, from pop to funk to soul to reggae. Guitarist David Chhor and drummer Boom Bar are led by vocalist Ai Sha and joined for this special event by Indonesian bass player Vincent.

Bob Passion and the Schkoots are punk. Europunk, to be exact. And they wanna make you dance. Get ready.

DJ Pitch and Teach Support are bringing down the sun and ringing in the night at Sundown’s Sunset Session. The team plays things funky, from soul and disco to French touch and hip hop.

Cocalero Cambodia and Brass Monkey are putting on a joint throwdown with Cocalero Bombs and other drink specials and Sound Advice DJing the dance tunes.

For another kind of dance – the kind where there are moves you actually need to know – Duplex’s Latin night will have a live band playing salsa and bachata songs to step to.

Improvisation helps one be present in the moment, so really feel those Saturday morning sunny rays with some dance flow at a three-hour workshop that covers improvisation and partnering (after a little yummy morning stretching). The class will also cover going from improv to composition. It’s $5, but free to those who can’t afford it.

Farm to Table’s latest fair is a way to promote Cambodia’s eco-tourism opportunities that you (we, one) may not know about yet. In this weekend’s inaugural event (which takes place tomorrow, too), “Mondulkiri Calling: Pachyderms & Primates”, the Explore Wild Cambodia fair will feature the Elephant Valley Project, Jahoo Gibbon Camp and WCS Cambodia.

Local businesses and social enterprises are setting up shop at Azure today for its ethical pop-up market. The third Pop-Up Saturday will have clothing, baked goods, cosmetics and skincare, food and drinks. And a stilt walker! Even if you buy nothing, come cheer on the stilt walker. They’re amazing.

[excited hand clapping] It’s a trivia game and a race!! The Deck is celebrating it’s one-year anniversary of having a quiz night (which is cute in and of itself) with a city-wide quiz competition. And the top prize is $!00 at the bar! The Magical Quiz-tery Tour will culminate back at The Deck where the merriment will continue with live music and many drinks. It’s $5 to play, which also includes the tuk tuk ride between stops.

So there’s something going on these days where movie studios are not only doing remakes of beloved childhood cartoon favourites, but now are doing remakes of youthful movies that came out in the 1980s – with the original actors! Literally expect to see a new Top Gun movie next year starring a leather-faced Tom Cruise, 35 years after the original came out. I don’t get it either, but at least the characters of Bill and Ted’s Excellent Adventure were loveable so seeing them on screen again might feel like a little reunion. The newest edition is Bill and Ted Face the Music and they’re finally (maybe) going to grow up…and save their daughters from literal hell.

A continuation of the opening celebrations throughout this weekend, Odom Garden is having its inaugural farmer’s market. Expect fresh produce market, local designers, artists, handicrafts, textiles, plants, and BBQ.

Artist Lixette is showing her latest paintings while also rolling out the welcome mat to new bar Checkpoint Charlie (in the former Ink and Draw). Besides art for sale, there’ll be wine, homemade cheese and free appetizers.

The latest installment of women’s empowerment project I am a Daughter will focus on the pay gap between what men and women earn at work (globally 20%!). “The Price Tag for Female Employees” is a theatre piece and discussion, free and open to all genders.

As part of their Explore Wild Cambodia event, Farm to Table is hosting Wild Trivia to support the conservation organisations. The $5 per person buy-in includes a free beer or soda, and the winning team wins a free round of drinks and a gift certificate for dinner at Farm to Table.

What are YOU doing this weekend?
What’s On This Weekend?