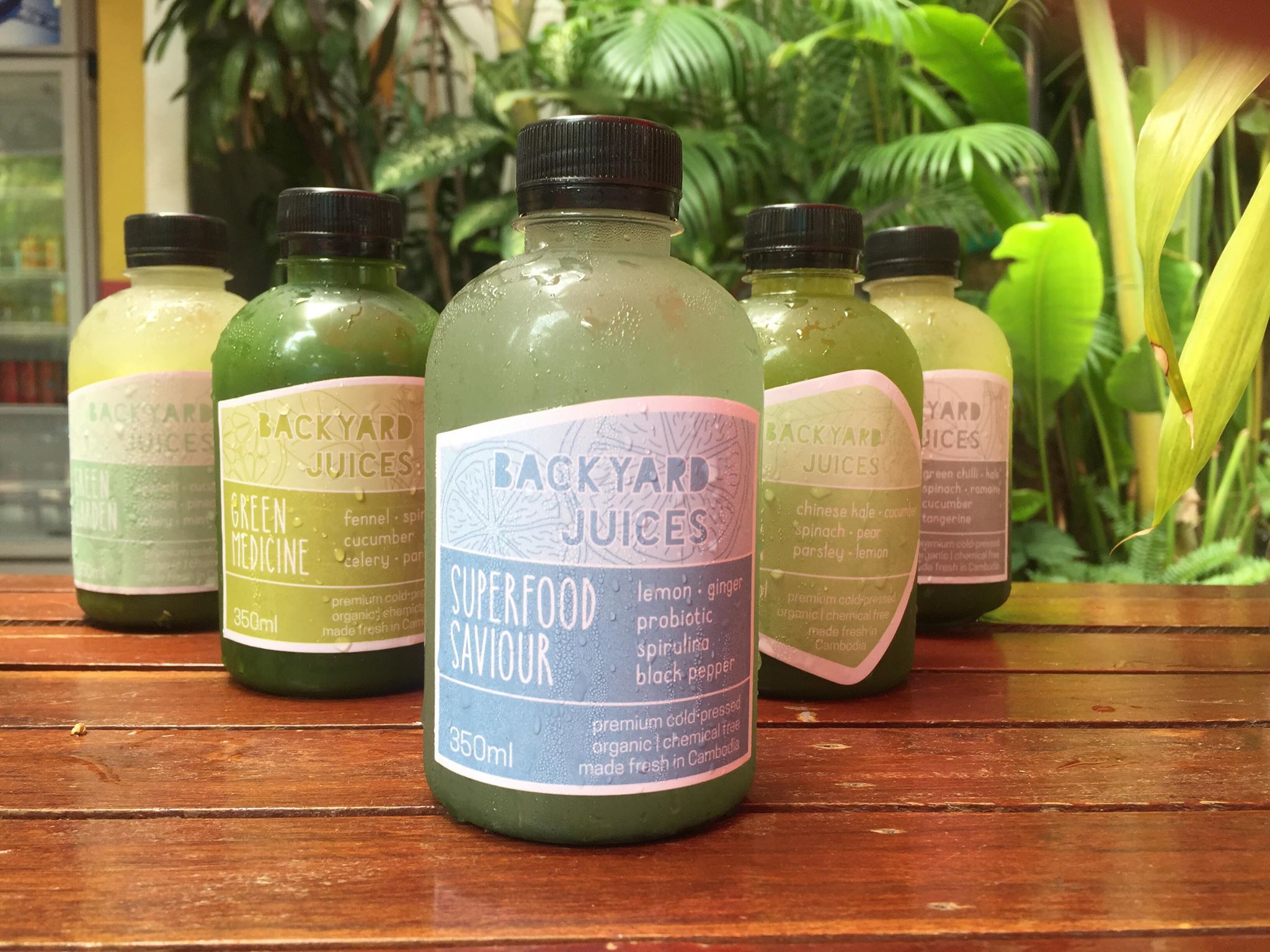 When I first moved to Cambodia, keeping trim wasn’t much of a problem. The heat, frequent jungle hikes and a few parasites shacking up in my weak Scottish stomach, ensured my belt wasn’t under too much strain. As the years roll on, you start getting a little more comfortable. The weekend treks tend to only make it as far as the pub and I have since discovered the joy of air conditioning, a reliable WiFi connection and midnight Katy Peri’s pizza (yes they deliver and yes we are on a first name basis.) As moto drivers begin to look unnerved by the prospect of my custom, coupled with nervous giggles and the always delightful: “tom! tom!” (Big! Big!) as I climb on board, I knew I should probably make a few changes. So, I went on a juice fast.

After a little research, it became clear that the science behind a juice cleanse is a little suspect. ‘Detox’, although certainly important, seems to be done naturally by your liver anyway, and not because you ate some kale. Some argue that the cleanse gives your digestive system time to rest, while others claim that this is an inanimate series of hollow organs that doesn’t require a holiday. My thinking was clear: a little experiment that will hopefully kickstart a healthy eating lifestyle change, a chance to develop some willpower and, possibly most importantly, so I could enjoy a guilt-free banquet of sushi, pizza and beer after 5 days.

I went with the 5-day ‘medicinal cleanse’ from Backyard Café. It wasn’t cheap. It starts at $25 a day or $115 for the five-day package. You get 6 cold-pressed juices, a process of breaking down the fruits and vegetables to apparently unlock more nutrients, delivered to you daily. The juices are good. They are light, tasty and while they won’t necessarily fill you up, they do give you that smug wholesome feeling. They are labelled 1-6 (or, at least, they were on Day One) and come with the kind of names that you would expect: Green Medicine, Green Garden, Superfood Saviour, Glorious Glow, Golden Mylk and the outright misleading The Hulk. Yeah. Anyway, here’s how that went.

Day 1: I start off excited and smug that I’m better than all those slaves to solid food that you call your friends and family. I never feel full or satisfied at any point during the day, but know that I am mostly craving food rather than having a feeling of ‘starvation.’ Going to bed a little hungry on the first night is a little strange, but I did have a great night sleep. Meanwhile, my girlfriend, who is also trying out the cleanse, grumbles a bit about being hungry and tired but otherwise seems okay.

Day 2: I wake up with slightly less enthusiasm but a surprisingly good level of energy. I think about food a lot during the day, but maintain great energy levels during the day and smash through my work. I also manage a pretty big workout and felt better after it rather then exhausted. My girlfriend, on the other hand, isn’t doing so well. After complaining of stomach cramps, a migraine and a general feeling of rage, she curls up in a ball in the middle of the afternoon and gives up on life for the rest of the day.

Day 3: I slept great once again and wake up with high energy levels. I decide to skip the workout as I get the odd turn of being a little confused and a bit weird to be around. I start to mix between stages of feeling slightly drunk and stages of having extreme energy bursts. I like to think that the latter is my body responding to the massive influx of nutrients and depletion of crap, but it is most likely just starting to enter starvation mode. The girlfriend appears to be actually dying, though. Her migraine’s been getting steadily worse for the whole day and the juice is now making her throw up. At about 5.30pm she throws in the towel and demands real food. Wimp. The sight of her eating actual rice kind of makes me want to cry.

Day 4: I am having good levels of energy after a great night sleep and feel that I can now handle the hunger better. Although I did decide that this was all a bit silly and went for sushi at 8pm. It was great. My girlfriend has her second normal meal of the day and no longer has the cold, dead eyes of a serial killer.

Day 5: I felt even better in the morning, after having some actual food inside me. We had the juices during the day and went out for dinner and drinks that night. Friday was a good day.

The fast definitely makes you re-evaluate your relationship with food. I realised that I don’t actually need as much to function. A juice fast is an extreme, and extremes are not usually conducive to an overall healthy lifestyle. If you treat a juice fast as the first stepping stone into a long healthy relationship with your diet then I could see it having some benefit. Or, like other fad diets, just make you put on more weight in the long term. The juices here are good, though, and I’ll probably try to replace the odd meal with one of them. It’s a long, depressing and expensive week but the smugness may just be worth it. … Unless of course you’re my girlfriend, in which case a juice fast is almost certainly fatal. Stick to a few less Mars Bars and the gym, or something.