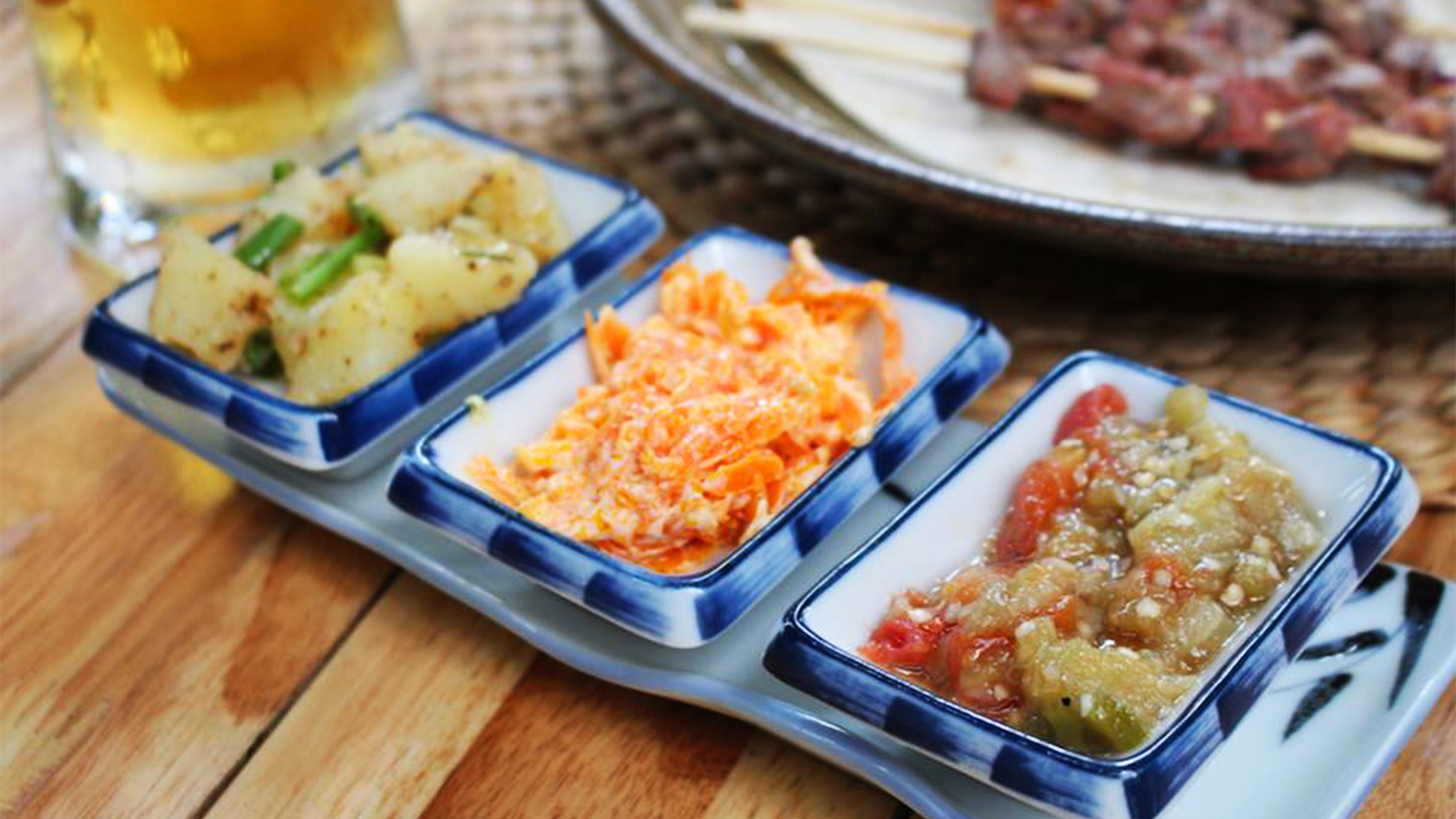 If any street in Phnom Penh encapsulates the city’s transformation over the past three or four years, it’s 308. Once a scruffy through-street with Red Bar and Luigi’s (Piccolo Italia) on it, it’s now… well, it’s still a scruffy through-street, but one that’s laden with hip cocktail bars, cute cafes, and an impressive array of restaurants serving up international cuisine.

The newest addition to these is LF, or Living Fields, an open-air Turkish restaurant and increasingly popular drinking spot, set in a lush garden dotted with swinging chairs and candles.

It’s easy to see how LF has won over the after-work crowd. As well as the lovely, laid-back atmosphere, here you can get a draft Cambodia for a ridiculously reasonable $1, or go all Bassac Lane and opt for an excellent passionfruit martini ($4.50), or a large glass of not-bad wine (don’t get your hopes up; we’re still in Phnom Penh) for $3.50.

But what really makes the place special is its food – and its story.

Top Turkish Cuisine (for a Cause)

Before moving to Cambodia, owner Ayşe Bilim was a celebrated chef in her homeland of Turkey, where she authored a string of cookbooks. Arriving in Phnom Penh, she was struck by the poverty in the communities she saw living around Choeung Ek (The Killing Fields), and in an effort to support families in the area, set up a soup kitchen and educational centre opposite the site – which she called The Living Fields.

For several years, Ayşe funded the centre out of her own pocket, but eventually she had to accept that this wasn’t possible indefinitely. Looking for a sustainable way to fund the project, she decided to turn her passion for great food into a business –  and Phnom Penh’s first (proper) Turkish restaurant was born.

Ayşe’s  menu, while not cheap, is exquisite, packed with hard-to-find, authentic ingredients that she often has to import herself (“Every time I come back from Turkey I fill my suitcase with cheese, olives, Turkish sausages,” she says, laughing.)

When the What’s On Phnom Penh team visit, she puts on a formidable spread of her favourites, talking us through each dish with evident pride and enthusiasm.

These include classic BBQ Meatballs ($7), a whole baked eggplant stuffed with minced meat ($7 – and apparently so good that it silences my two colleagues for a full ten minutes), meat skewers ($8) that come with bread and two salads, a delicately spiced eggplant one and and an incredible carrot and yoghurt creation that’s unlike anything I’ve tasted before… and, when I sheepishly tell her I’m a vegetarian: bruschetta ($3), a creamy potato salad ($4), and a Mediterranean salad with feta ($4).

My personal favourite, though, is the Turkish pancake, which comes filled with either potato ($2.50) or rich, melted cheese ($3). So divinely good is the latter that I have to fight my colleagues for the last piece, despite the fact that they have just worked their way through an enormous, and reportedly delicious, selection of meaty treats.

With a kitchen that’s open later than anywhere else on the street (they keep serving until around 10pm each night), this is a fantastic place for a relaxed dinner that runs late into the evening – but equally, for chilling with friends over wine and cocktails, with tasty Turkish snacks on hand if you get peckish.

Considering that your money’s going to a good place, there’s all the more reason to get another round…