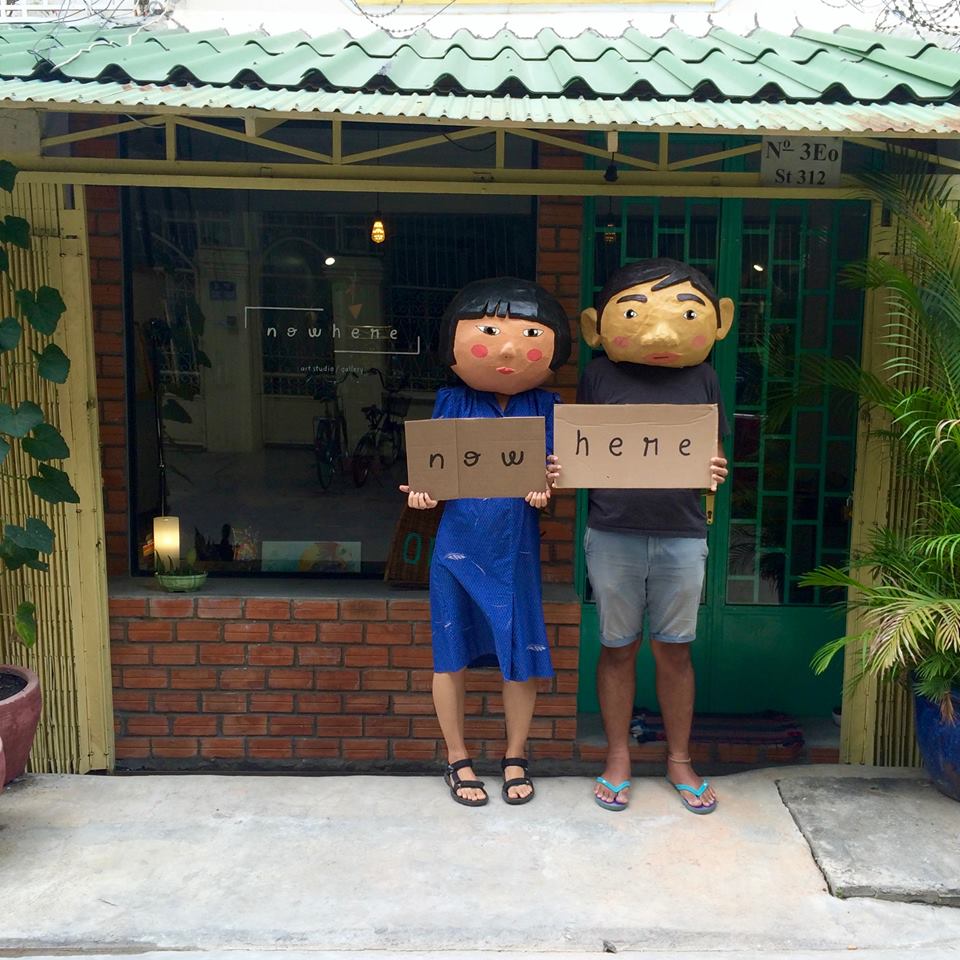 Go to Nowhere. What? Not Nowhere, Now here. You, know, Neverland.

Down a curious alleyway, between the mammoth Aeon mall and busy Norodom Blvd, you’ll find the Neverland artspace, joint billed in events as ‘N o W h e r e’. This event space and workshop hosts all sorts of thrilling, arty, educational and craft shows – so we definitely recommend tracking it down. Hint: even if you have the address, and have google mapped it, it’s worth looking through the pictures of the storefront for the studio, as we’ve had a few people get lost trying to find it!

Neverland Artspace is an alternative space for a multinational network of artists and curators based in Phnom Penh, Cambodia.

The artspace aims to spark your curiosity and provide a playground for learning through various media platforms that include exhibitions, workshops, talks, social arts and performing arts.

This Wednesday (September 20th), they’re hosting a Short films screening from 6.30pm until 8pm. It’s a free event with 10 minute discussions between the films – (roughly 1 hour of watching, 30 minutes of chatter).

What’s on the bill?

World of Tomorrow (2015) is an American animated science fiction short film following a young girl visited by a cloned version of herself from the distant future. The film was nominated for Best Animated Short Film at the 2015 Academy Awards.

Thunder Road (2016) is a short dramatic comedy, filmed in a single take, that was written, directed, and performed by Jim Cummings following the protagonist at his mother’s funeral. It won the Short Film Grand Jury Prize at the 2016 Sundance Film festival.

La Jetée (1962) is a French science-fiction featurette by Chris Marker. Constructed almost entirely from still photos, it tells the story of a post-nuclear war experiment in time travel. At just under half an hour and shot in black and white, it won the Prix Jean Vigo for short film.

Continue Reading
You may also like...
Related Topics:Film, Movies, what to do in Phnom Penh

Hypnotic Fist Technique Takeover Tusk
Mother! Might Just Be the Horror Film of the Year