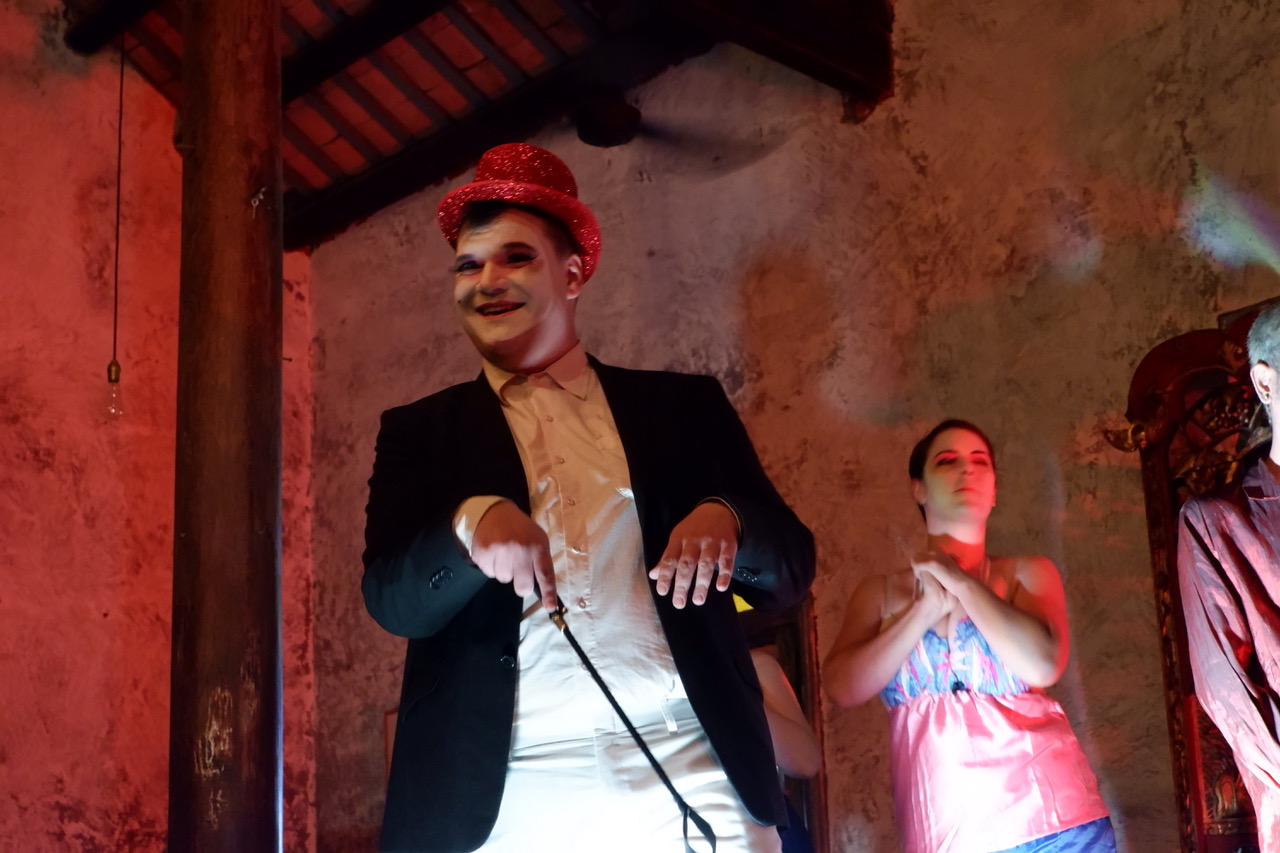 Life is a Cabaret, Old Chum! Come to the (Shanghai) Cabaret

Vintage decadence reigns at Phnom Penh Players’ latest musical extravaganza – which is showing, appropriately, at Chinese House. We caught up with director Chas Hamilton, actor Evie May Evans (who plays Rosie), and Alexamine Rose (who plays David) to find out what viewers can expect from the show.

“Shanghai had this decadent history back in the 30s up until ’41 when the Japanese invaded after Pearl Harbor, so I knew there was that scene that was so different to the rest of China, which was in chaos because of the war. So that was the inspiration, to take a love story during a war and transport it into Asia at that period – and it’s a really nice fit. I took the story arc of cabaret and re-imagined it.

“I think using conflict as a backdrop creates more dramatic tension. It impacts on their lives, their relationships. Every character has a journey in this production.

“It’s funny because you have all these characters rattling around in your head, and the most terrifying part of the production is the auditions. Once you’ve got those actors they become more real – they’re not just on paper.  It’s like giving birth. They’re real, they’re in front of you.

Don’t just sit alone in your room, or staring at your mobile phone. Come to the cabaret and see a bit of life!”

“I think there’s a little bit of David in all of us: scared of new things and change. He’s got a lot of standards to live up to – the best of him is brought out of him by Rosie. Ultimately whatever you do in your life will just make up the tapestry of history and that’s just you.”

“I absolutely love musicals and there aren’t many performed in Cambodia! Now we’re like a big, happy, sexy, incestuous family.

“Rosie is a very interesting character. She’s flirtatious, sexy but ultimately she’s a bit mad. She struggles with relationships, she struggles with holding down any kind of life, so she goes through this whole process when she meets someone and it turns into the love of her life. I think they’ll love Rosie – I think they’ll feel quite sad for her, but ultimately they’ll enjoy everything about her. I want them to go through the journey with her.

“We’ve been really fortunate to have an amazing dance choreographer and amazing voice coach that jumped in, which is amazing to find in Phnom Penh, and our director is on point. The big, crazy, dancing and singing numbers are just like, bam! They’re so exciting and I think the audience is going to be really excited about it as well.”