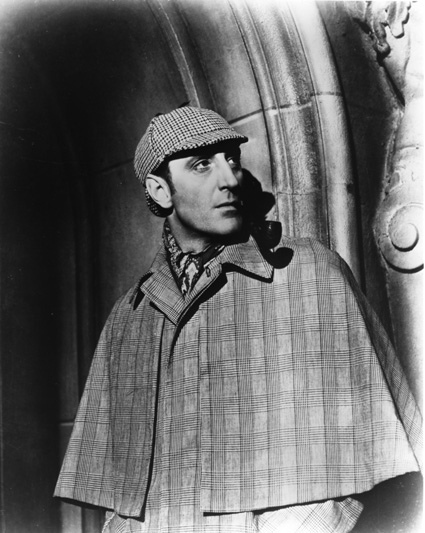 London-based theatre collective Performance Exchange are taking their stage adaptations of Sherlock Holmes and The Gentlest Giant on a world tour – and this weekend, they come to Phnom Penh.

Phnom Penh is the theatre company’s penultimate stop before they finish the tour in Vientiane – they’ve already played in Cyprus, Rhodes, Qatar, Bahrain, Jordan, Singapore, Thailand and Sri Lanka, including sell-out shows at the British clubs in Bangkok, Doha and Bahrain.

The cast perform two plays in each location: Sherlock Holmes, and The Gentlest Giant, a children’s show.

Directed by Dan Foley of the Royal Scottish Academy of Music and Drama, the show merges two classic Arthur Conan Doyle stories: The Empty Room and The Reichenbach Fall. Collectively, these tell the tale of Holmes’ escape from death – Conan Doyle did, in fact, try to kill off the hero to free up more time for his day job as a doctor, but resuscitated him following a public outcry – and his solution of the mysterious murder of Ronald Adair.

Actor Will White, who plays Watson, says the play combines humour and suspense, and is “a little taste of home [for Brits]… and a nice evening for Sherlock Holmes fans, really. It’s an archetypally English experience – we talk about tea a lot!”

On their travels, the cast are also stopping at various schools to do drama workshops and to perform their children’s show, the Gentlest Giant, about a young man forced to go into the forest to confront a giant. Dan, Will are joined by a third actor, Lisa Sheehy, for this one, which they are taking to the International School of Phnom Penh today.

Both plays will be performed this weekend and the quintessentially English Raffles Hotel. Tickets for Sherlock Holmes on Saturday cost $50, which includes a 3-course dinner with drinks. Tickets to The Gentlest Giant cost $30, including afternoon tea and access to the pool.

It’s not the first time that Performance Exchange have played at Raffles. Dan Foley has run the project for nearly 30 years, and Phnom Penh has been included in the tour several times in the past. Their last show to play here was an adaptation of Dracula, which sold out completely – so don’t miss the opportunity this time around!

Gin Jubilee Takes Over the ‘Penh… and You Could Even Win a Trip to Singapore
What’s On Tour: 48 Hours in Siem Reap