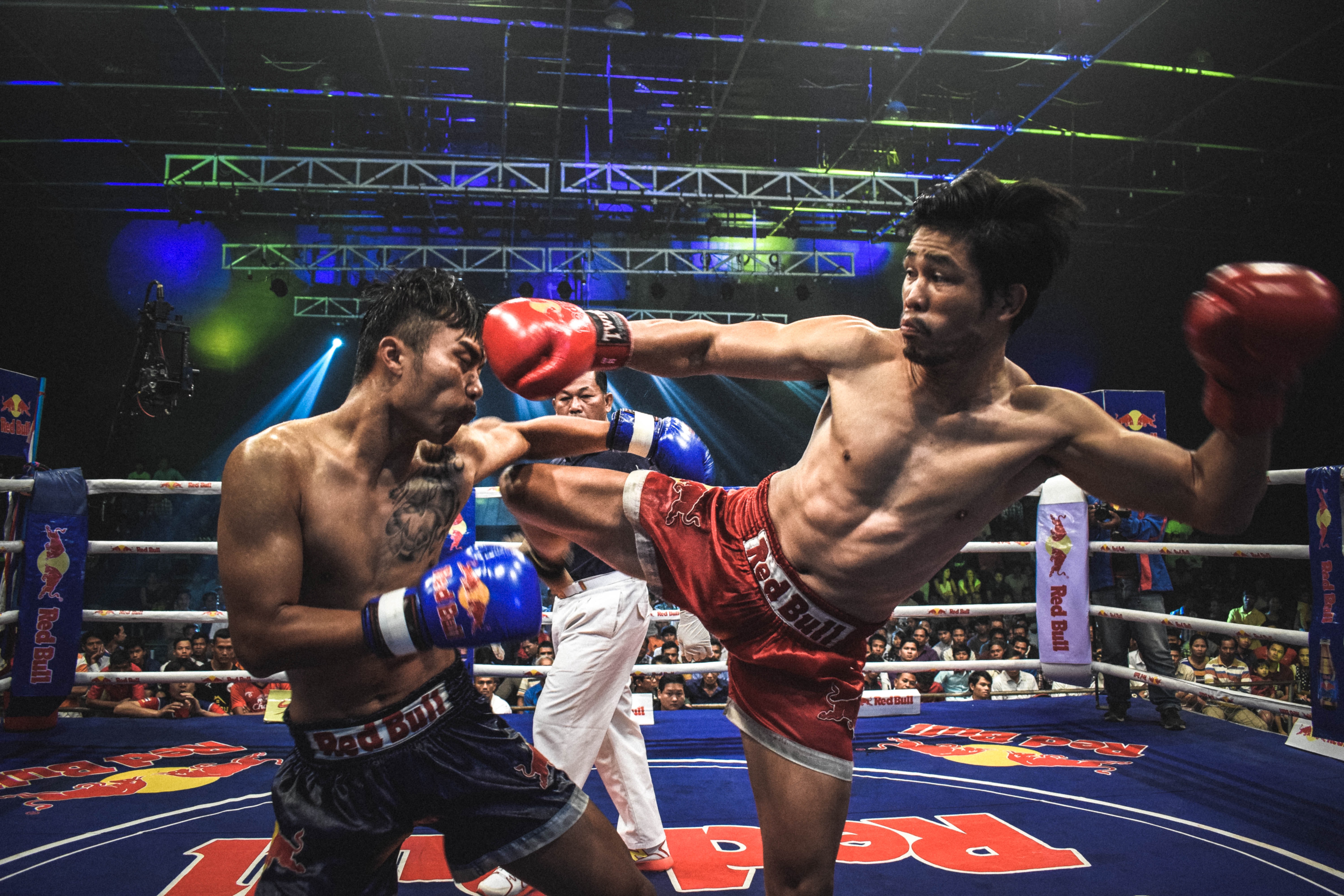 Charlie Garrett is not what you expect of a guy who could kick you in the head without breaking a sweat.

I mean, he has perfect posture and anatomically looks like he could do some damage. But he is just a really nice guy. As I arrive at Villa Martial Arts gym, Garrett pleasantly greets me and isn’t at all concerned by the fact that I am almost half an hour late, having asked for directions nearby and very insistently instructed to go to a building that turned out to be a fancy brothel. He is making some tea and toast and very politely offers me some. Instead I take a coffee – a surprisingly tasty one, as it turns out the gym also has a wee cafe attached to it.

Both the cafe and gym host a friendly and welcoming atmosphere. James Brooks, one of the fighters on the card for this Saturday’s inter-club championship, sits calmly at the bar. He doesn’t seem particularly concerned that he’s agreed to go toe to toe with a rival kickboxer in just three days’ time. Rather than projecting testosterone, Brooks seems much more concerned about talking up the community-focussed initiatives in Kampong Speu that the proceeds of this fight will go toward funding. Community spirit over egos is far more this gym’s ethos.

This certainly seems to be the vibe. Yes, Villa Martial Arts has created some absolutely savage fighters, such as Brooks, who is now undefeated in a two-run streak, and Ryan Dussold, from whom I’m told to expect a very exciting fight. And these are just the kickboxers from Villa; Western-style boxers will also compete this weekend. That includes the deadly Philippine boxer, Rommel Trigue, who Garrett warns has a devastating body blow that hits deeper than many of his heavier fighters. The gym is certainly a-buzz about the event.

But the boys are quick to remind anyone that it’s not just about the fights. This is part of a greater initiative to help revitalize the lost arts of traditional fighting styles like Kun Khmer in Cambodia. An art that Garrett still believes is widely loved throughout the Kingdom.

But at the grassroots level, engagement in the sport is lacking, he says. He tells the story of when he fought a decorated Cambodian champion and found out that he was still training in his back garden with a tyre.

“That’s cool. It’s old school.  I love that. But it’s also an indicator of where they are at,” says Garrett. “Where is the infrastructure?”

Garrett feels that while there are incredible competitors – “you have some tough bastard fighters here,” he says – a little more support to the marital arts community could give it such an enormous boost.

Cambodian fighting is often seen to lack the finesse and cultural importance of Muay Thai across the border. Garrett thinks that greater investment and focus into local gyms could see that change and give future generations of Cambodians the chance to not only re-discover their country’s culture but also become incredibly talented athletes if given the chance to receive some structured training.

Garret’s wife is from Kampong Speu and this is where the idea started to form that maybe he could take his skills and help in the village. The mats, bags, mitts and gloves provided in the makeshift gym in his wife’s family’s garden was an instant hit. Garrett could hear the local kids in there practicing non-stop before he was even out of bed. The plan is to use some of the proceeds from this weekend’s ticket sales to expand the project to other villages, assist current traditional Khmer gyms in the provinces in developing and, if all goes well, to eventually build a ring.

At $3k, it’s not cheap. But Garrett is no stranger to rolling with the punches.

Before he ended up in Cambodia, the Englishman helped set up a Muay Thai gym in Thailand. After essentially being forced out by gangsters and Thai military officials, he decided to try again in the Kingdom of Wonder. It was here that things really took off, giving Garrett the chance to be involved in the process of revitalising and redefining the martial arts world in the country he’s made his home. Lovers of the sport are lucky to have him onside.

As for James Brooks, he resisted all attempts to get him to throw out some trash-talk to his opponent – although he was quietly confident about his odds.

“I’m definitely in a better position than I was from my last fight,” says Brooks, adding that he has Charlie to thank. “I’ve been training hard. I’ve improved massively since I started. So what’s not to say I can’t go out there and get the hat-trick?”

After seeing him train, I honestly can’t think of many reasons why he can’t.

So show some support to the fighters and to this great initiative by getting  down to the interclub competition on Saturday from 5pm at Cambodian Top Team Fight and Fitness in TTP. Tickets are $15 and you can get them here: https://wonderpass.asia/pass/ppmartialart3