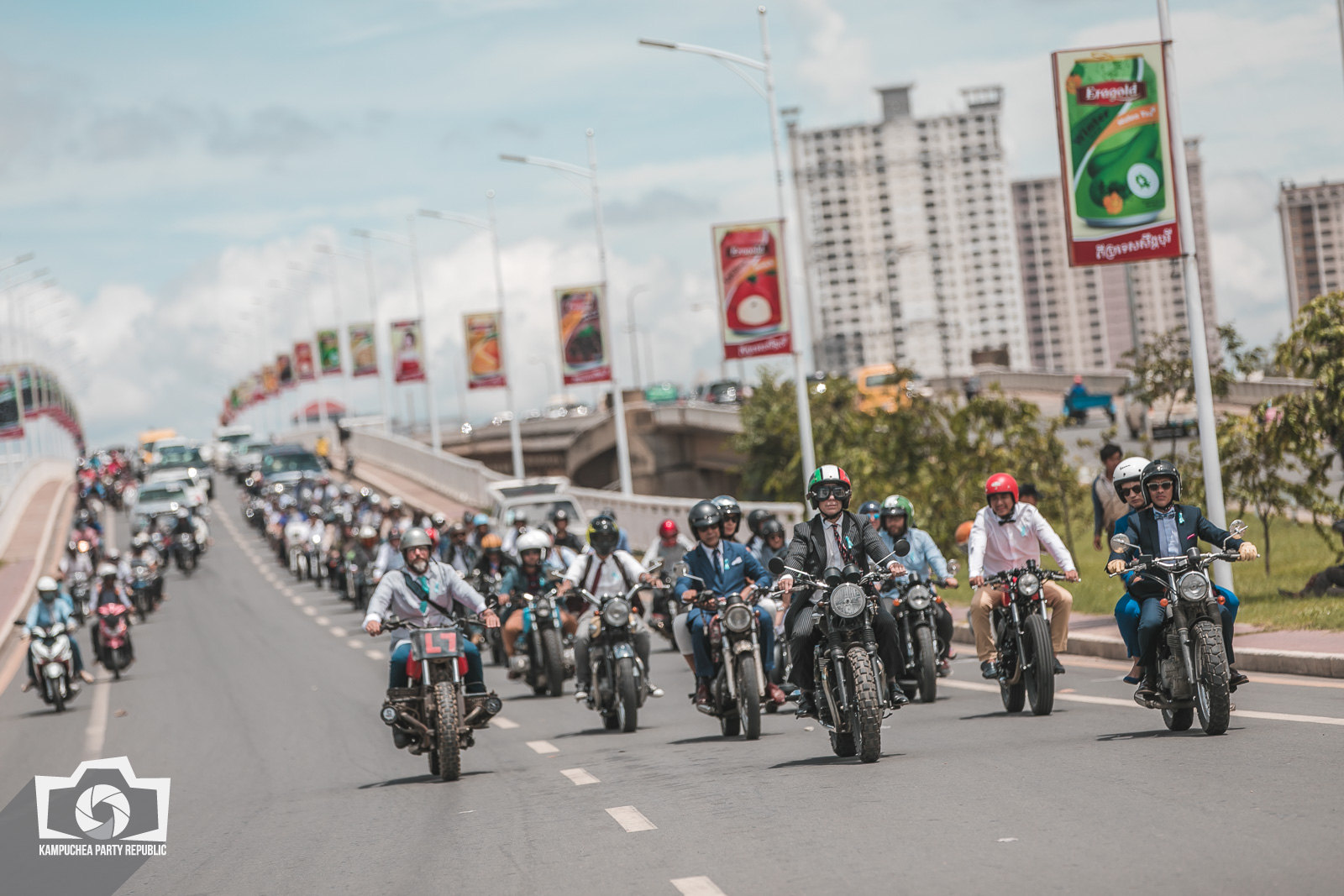 An international event that brings together over 120,000 gentlefolk in over 650 cities, the 2018 goal is to raise over 6 million dollars to go towards prostate cancer and men’s health research.

Now in it’s fourth year in Phnom Penh, DGR organiser Patrick Uong said he hopes to attract even more people to the ride than in previous years, with an extended music play at this year’s afterparty on Bassac Lane.

“The first year was really full of new novel energy and excitement to do something new, custom motors back then were fewer and more rare,” he said.

“We have more people that have learned about it and are happy we are coming back to it, wishing they had got involved last year, we’re trying to make the better party this year.”

While an event where people dress up in dapper outfits and ride expensive, custom motorbikes, might come across as expat-centric and slightly out of place in a developing country, Uong is quick to point out more and more Cambodians are starting to join, wanting to be a part of a global event.

“The Cambodian population, they have more access to info, they see themselves being on the world stage with all these other countries, participating in something international and worldwide, it gives us a bigger sense of pride,” he said.

“There’s more disposable income to ride these types of motos, to get into the costumes and the spirit; the more fashionable aware, some really go all the way.”

He also said the number of women participating in the event is increasing year-by-year, noting there are more women volunteers in his team, than men.

“The number of women riders joining is still small, but it grows every year,” he said.

While the exact route of this year’s ride remains a secret in order to make sure the event goes smoothly, Uong said it would pass by some familiar favourites of the city, including Wat Phnom, Raffles Hotel and across the river and hopefully a photo opportunity by Independence Monument.

He did note that Phnom Penh wasn’t always the easiest city to navigate, thanks to the growing number of vehicles on the road.

“Phnom Penh isn’t the most beautiful city to drive, ride in, the growing traffic, but we always try to get the river views in, we’re crossing the Japanese bridge to see the river and the city,” he said.

Once the ride is complete, participants and party goers can venture to Bassac Lane, which will be having an extended party featuring live music curated by the ever-dependable Joe Wrigley, and a raffle, with all proceeds going to men’s health research.

While he said the money raised this year by participants has been enough to cover the costs of the event, he hoped, more Cambodians can participate in the future to help foster a more charitable, philanthropic culture.

“Though I am Cambodian American, I try to be inclusive as possible, I do reach out, if more Cambodians want to get involved in the organistaiton, we’d all be pleased,” he said.

“I would really like to see that Cambodians are spending their income on topics and issues they find important and donating to education, the environment.”

He noted that everyone has their own challenges to overcome and that helping the DGR flourish in Phnom Penh was his.

“You can’t give to everything, you choose your battles and my battle is prostate cancer. It’s something I wish to achieve continue doing this,” he said.

The Distinguished Gentlemen’s Ride will be held on Sunday, September 30, to find out the starting location of the ride, participants can register online. The DGR Afterparty will be held on the same day at Bassac Lane, St 308 from 12:00 – 8:00.