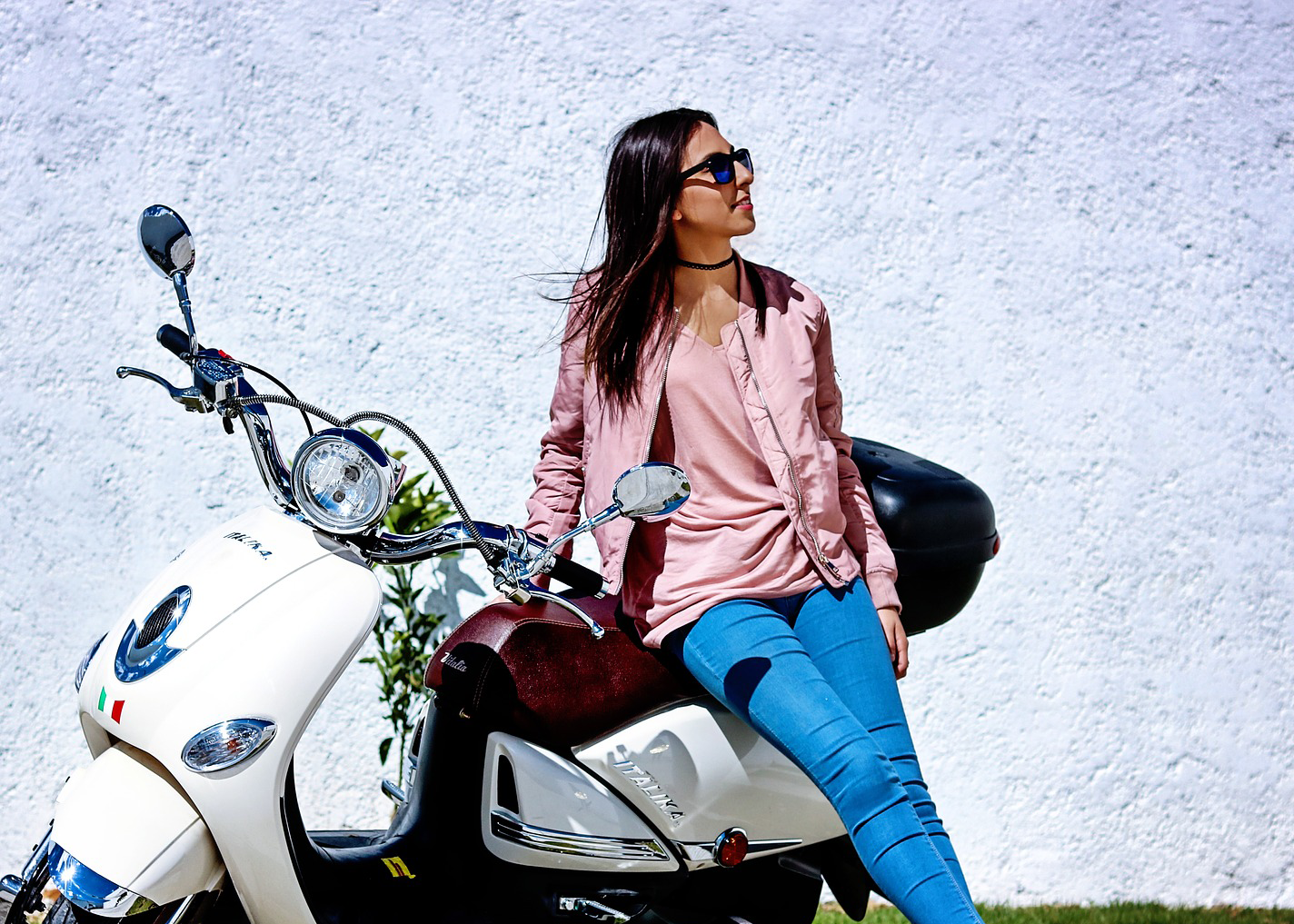 With the Water Festival and Independence Day holidays over, things return to normal this weekend, with tons of awesome events between now and Monday morning.

Fancy yourself a bit of a gin expert? Tipico Tapas needs your help selecting the winner of its Gin Challenge! For $10, you can try out four high-end gins with a similar flavour profile and choose a winner to progress to the next round. Oh, and there’s free tapas (7pm-11pm, Tipico Tapas, St 454, Tuol Tom Poung).

And in Tonle Bassac, you can get great deals on cocktails as well as Kingdom and Indochine beers at 21 Bar’s Decibel night, where Premo Sounds is on the decks (5pm-Midnight, 21 Bar, St 21, Tonle Bassac).

… and Long Excuses, about a man who deals with his wife’s death in a bus crash by becoming embroiled in the family life of another man, whose wife was killed in the same crash (7.15pm, Legend Cinema, TK Avenue). All films are subtitled in English AND Khmer and entry is completely free.

Across the river at Outpost, there’s a screening of the superb Beast of the Southern Wild, a beautifully crafted, magical-realism Odyssey of a film depicting a small community struggling to survive the floods that sweep away their world in the deep South of America. Child star Quvenzhané Wallis was (rightly) nominated for an Oscar for her leading role… it’s powerful stuff. (7pm-9pm, Outpost, Tonle Sap Road – behind the Sokha Hotel)

And finally, META House is screening acclaimed documentary The Rise and Rise of Bitcoin, which looks at the impact that the cryptocurrency is having on shaking up the global financial system (8pm, Sothearos Boulevard, Tonle Bassac).

Tons of live music on tonight! Here are your highlights:

DJ Nora Haidee and DJ Watt’s Up are on the decks at DIB Club’s Gimme the Night pool party tonight (8pm-1am, Koh Pich. Tickets $5 including 1 drink).

AT META House, DJ ILL descends with crowd-pleasing dance hits, joined by DJ DVD (9pm-2am, Sothearos Boulevard), and at Pontoon, Japanese DJ Kenji, DJ Gang and DJ FunkII Pro play club bangers (9pm-4am, St 51. Entry varies depending on how late it is / how much the bouncers like you).

What’s On… the Menu

The recently opened restaurant LF on St 308 already serves up exquisite Turkish food and cocktails until late into the night, but today they also launch their Turkish breakfast. Only available at weekends, $8 gets you 2 fried eggs, feta and cheddar cheese, olives, ham, bread with butter, homemade orange jam and honey, salad, homemade tomato, pepper and olive oil paste, and Sigara Böreği – deep fried, cigar-shaped cheese pastries that are oh-so delicious (and which this editor’s been trying to track down in Phnom Penh for years).

Don’t miss the very last day of the Inktober Cambodia exhibition (12-5pm) this gathers up the very best pieces produced during the Inktober Challenge, where artists produced an ink drawing each day during November. Artworks are available for sale. Alternatively, learn to paint your own at N o w h e r e’s self-portrait workshop (1pm-5pm). (Both events at Neverland Artspace, 172z2 (Opposite St 380), Off Norodom Blvd).

If you haven’t seen it yet, drop into Albert Samrath’s New Khmer Architecture exhibition at Sa Sa Bassac, in which the artist explores the transformation (and loss) of Phnom Penh’s architectural heritage,and the “politics of noticing” (10am-6pm, Sa Sa Bassac, Sothearos Boulevard).

At the Institut Francais du Cambodge, there’s a special “Carte Blanche” film event. Students of the language school chose three French films – Le Petit Prince (10am), Les Souvenirs (2.30pm), and Beauty and the Beast (5pm) – for a screening followed by a discussion of the films. (IFC Cinema, St 184. Tickets $2).

Two great documentaries on offer at META House today, too. The first is Brother Number One (4pm), which follows the brother of New Zealander Karry Hamill (who was murdered in S-21) as he attends the War Crimes tribunal and tries to make sense of how his brother died.

The second is Germany From Above, a love letter to Deutschland told through gorgeous aerial photography of its countryside, cities, castles and more (7pm-9pm, META House, Sothearos Boulevard)

At Java Creative Cafe, there’s a screening of Because of the War, followed by a Q&A with director Toni Shapiro-Phim. The documentary follows the stories of four Liberian women using music to tackle injustice, and to inspire social change, both in West Africa and North America.

And the Intercontinental Hotel’s classical music festival continues today with a talk by German music professor Dieter Mack, followed by a concert by French pianist Etienne Chenevier, who will focus on Romanticism period through to the 20th century – with pieces by Schumann, Messiaen and Rachmaninoff (7pm-9pm, Intercontinental Hotel, Mao Tse Tuong Boulevard. Tickets $12 on the door; $9 advance).

Soul Iration leads the way at Cloud’s Up In the Sky Reggae night tonight (8pm-1am, St 9). Elsewhere, DJ Kenji plays Riverhouse (11pm-1am), DJ YAkes is on the decks at META House (9pm-2am) and Moudy & Friends are here to turn ya on til a early morn at MADHouse (although don’t expect any Sean Paul… 10pm-6am, St 172).

Let the gym routine slip over the holidays? Get back in the groove with Saturday Yoga at OutPost (1am, Tonle Sap Road, Behind the Sokha Hotel), Duplex’s Social Salsa Saturday (9pm-Midnight, St 278), or a Hip Hop class at Dance Academy Cambodia (3.30pm-4.30pm, Urban Tower, St 51).

Feeling flush? For an elegant way to nurse your hangover, head to Chinese House for the Sunday Continental Brunch, where you can munch your way through unlimited homemade pastries and breads, salmon, prawns, cheese, cold cuts, pancakes and more, washed down with Mimosa pitchers, for $19.50pp (Sisowath Quay).

Or for a more wallet-friendly option, Home Chic Hotel’s $5 buffet breakfast might have a less impressive selection, but it does get you free access to the pool (7am-11am, St 282, BKK1)

You can also catch Bob Dylan biopic I’m Not There at Flicks 2. It’s directed by Todd Haynes (Velvet Goldmine, Carol), so expect it to walk his signature tightrope between exquisitely beautiful and icily pretentious, but wind up as a cult classic either way (7pm-9.30pm, Flicks 2, St 136).

At META House there’s Dave Brubeck In His Own Sweet Way, a documentary about the life of the eponymous jazz hero.

This is followed by Cambodian Space Project: Not Easy Rock’n’Roll, chronicling the origins of the much-loved band and the struggles of its singer, Channthy (7pm)…

For a sophisticated end to your weekend, head to today’s instalment of the Intercontinental Hotel’s Classical Music Festival, where a talk on “folklore and its transformations” by Professor Dieter Mack is followed by a performance by Spanish pianist Luis Avendano, playing pieces by Albéniz, Szymanowski, Bartók and Stravinsky (7pm, Mao Tse Toung Boulevard. Tickets $12 on the door; $9 advance).

That’s it for this weekend! Have a great one… and don’t forget to sign up here to get the Friday roundup delivered straight to your inbox!

Frazer Vs Burger: Serie A Italian Burger @ Score
What To Do In Phnom Penh When It Rains