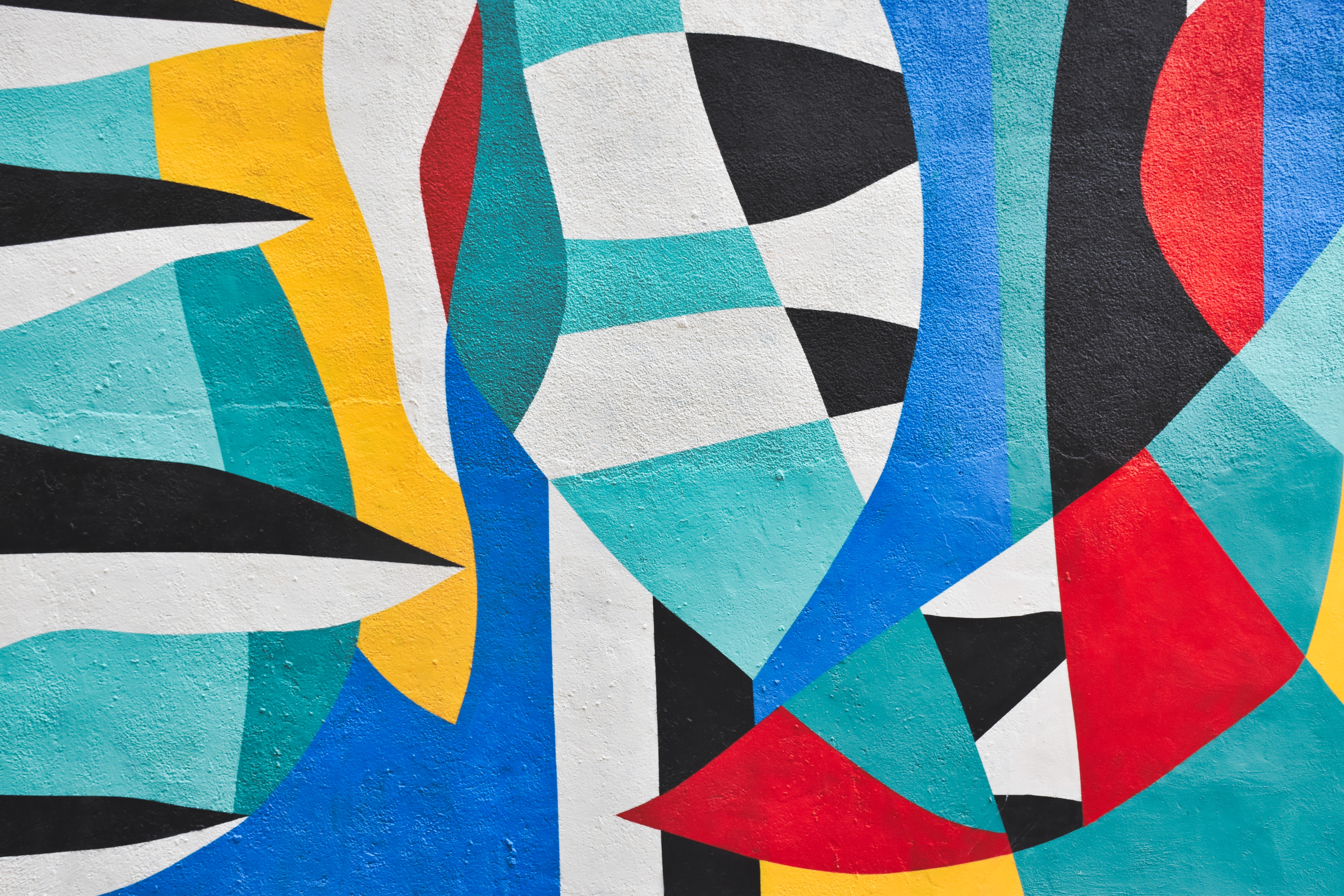 THE happenings this weekend

Photo by Robert Keane on Unsplash

Meta House kicked off the annual Social Impact Media Awards Film Festival on Wednesday. The awards honor “the most cutting edge filmmaking from around the world that inspires activism, compassion and social transformation.” Tonight’s selections include five short documentaries, from a West Bank Jewish settlement to plastics in the Mediterranean, from temples in India to peacemakers in South Sudan.

For cheesy, action fun that is definitely not based on reality, check out Korean movie Hitman. Joon quit his job as a legendary NIS “hit man agent” in order to be a webcomic writer. Problem is: all of his stories suck and nobody reads them…until he starts writing about his real-life adventures at the NIS. Except, that makes his former bosses pretty unhappy (and they kill for a living). It’s dubbed in Khmer with English subtitles.

Have you ever looked at the person on the moto next to you at the traffic light and been horrified to realize that you both are wearing the same exact racer stripe helmet (seemingly plucked straight from 1960s cartoon Speed Racer)? Head to Sra’Art’s Pimp My Helmet event tonight at which artists will draw custom designs on your head protection so that you never have to worry about these embarrassing run-ins again.

Khmer painter Sous Sodavy has an opening for his collection “Danse & Gesture” at L’Institut français’s outdoor garden. The opening is paired with a dance performance by French choreographers Yannick Hugron and Philippe Lebhar. The event is free.

Elia Nurvista graduated from Indonesia Institute of Fine Arts with a degree in design, but she now has moved into many art mediums. She’ll be leading an artist talk at Sa Sa Art Projects in English with Khmer translation.

Get your chuckle on with another Laughter on Tap at Riel Brewing. Tonight’s special guest is Uy Le from Saigon, who plays on words and uses non-sequiturs to deliver his clever deadpan jokes. He won the 2018 Vietnam Comedy Comedition and got 1st runner up at 2019 Bangkok Comedy International Comedy Competition (in short, he’s demonstrably funny). It’s a free show, but email to RSVP.

All the way from the US, via Saigon, is singer-guitarist Jared Bibler. He’ll be playing acoustic “Hometown Heros” songs; tunes from alt-Americana Americans Woody Guthrie, Bruce Springsteen, Patty Smith.

The Boxchords is a cover band with a twist: they only play contemporary pop hits. So think different, dancey, enjoyable.

Singer and guitarist Antonio Elchico is playing an acoustic mix of boppy pop and rock tunes at arty venue Cloud.

Blending Latin and blues, Los Primos will capture the feeling of Tango Orguestro in their gig tonight at LF Social Club. The trio has the delightfully unusual combination of two guitars and a violin.

Hard Rock Cafe’s house band – which is the same band that has covered Metallica and Queen tunes – is now upping the ante. They are covering some pretty big power voices: Lady Gaga, Maroon 5, and Pink. Do you think they’ll nail it? Gotta go to find out.

Bassac Lane is celebrating the launch of its newest microbar Brass Monkey by inviting one of the city’s most popular bands for getting down – the 99 Boyz. Dance, jump and fist bump to their tunes from 20-30 years ago while checking out the new bar or grabbing a drink from one of the nearly dozen others in the lane.

If you have trouble getting up the nerve to move your dancing feet in public, maybe it’d help if you were on an unsteady surface. Just a thought. Anyway, you’ll have the chance if you hit up the late night Rave on the Waves boat party that will tour the river while letting you dance in the dark under stars and the city’s distant twinkle.

A guest DJ from Berlin is headlining Party Patio tonight. Mobit is currently touring Australia and Southeast Asia, stopping in Phnom Penh to play a free techno show. Opening for him is Shadows of Space.

Cloud’s popular flea market is back with vendors of all kinds selling their handmade wares and used treasures (read: vintage) for the entire afternoon into the night. And doesn’t shopping get tiring? Good thing there’s food and drink there, too!

Established and aspiring members of visual media (so, models, actors, photographers, TV and film producers, directors and we’ll assume writers 😉 ) are invited for an evening of networking over cocktails at Fizz Bar. Boutique modeling agency Perfect 10 is co-hosting the event and will be collecting names for “Cambodia’s first ‘Models Directory’”. All guests will receive a free welcome drink and, after some opening remarks, feel free to mingle.

Street 308’s The Garden is honouring their closing with an all-day barbecue, starting at noon, where guests bring their own main to grill and treat themselves to the restaurant’s sides and drink specials. Starting at 8pm, two DJs will bring the party from chill to dancey.

A student club at CIA First International School is holding a charity auction to benefit mental health group “Untangle: A Mental Health Project”. Six independent artists as well as students at the school have donated artwork to the auction, and the event will also have a buffet, live paintings and performances, and workshops.

To see big names Ouk Sokunkanha, Zono, and other artists under Hang Meas, head straight to the 4th floor of Aeon Mall at 5pm. These artists and more will be performing live at a free show, sponsored by Huawai. There will be a lucky draw, too!

Smooth singing Mirasol is teaming up with Hard Rock Cafe’s resident band with a wide-ranging repertoire, Band@Work, to play her brand of upbeat soul. Their music makes you come; $5 pitchers keeps you there after they’ve finished playing. The show is free.

Latin night at Duplex features three-piece Aguita E’Coco, playing bachata, salsa and bolero to keep the salsa dancers (and everyone else) moving their feet.

DJ INEE and her pupil Kaza are playing another double-header at Party Patio. Sound of the night: loud techno.

Highly rated film Dark Waters is screening at The Flicks tonight. As Mark Ruffalo’s character learns, lawyers who uncover big corporations’ illegal schemes that endanger the lives of thousands whilst making those big corporations very wealthy tend to find that their own health is at risk… from being killed.

Missed the Penh House fashion show last night? Not to worry. Chula Fashion, which prides itself on slow fashion party dresses, will have all of the looks for sale at a pop-up shop today, also at the hotel.

Touring Lithuanian pianist Martyna Jatkauskaite will perform masterpieces by Schumann, Debussy and Prokofiev at The Piano Shop. The $25 ticket includes wine and canapes.

Oskar’s Bistro is going afloat, so to speak. Their afternoon boat party will take to the river with DJs LyKa and Saint Vincent, many hors d’oeuvres and drinks. Two free drinks come included in the $20/25 ticket.

Phnom Climb is holding its first competition of 2020. Winners of the Sva Prey Bouldering Competition will get both monetary and gear prizes (climbing gear can add up pretty quickly) and is open to anyone over 15. Even if you’re not feeling the challenge, you can go and cheer on the other climbers who are aiming to make it to the top without a rope.

That’s all for now folks! You Stay Class Phnom Penh

Hey! YOU want to partay?
Celebrate women this weekend AND always!