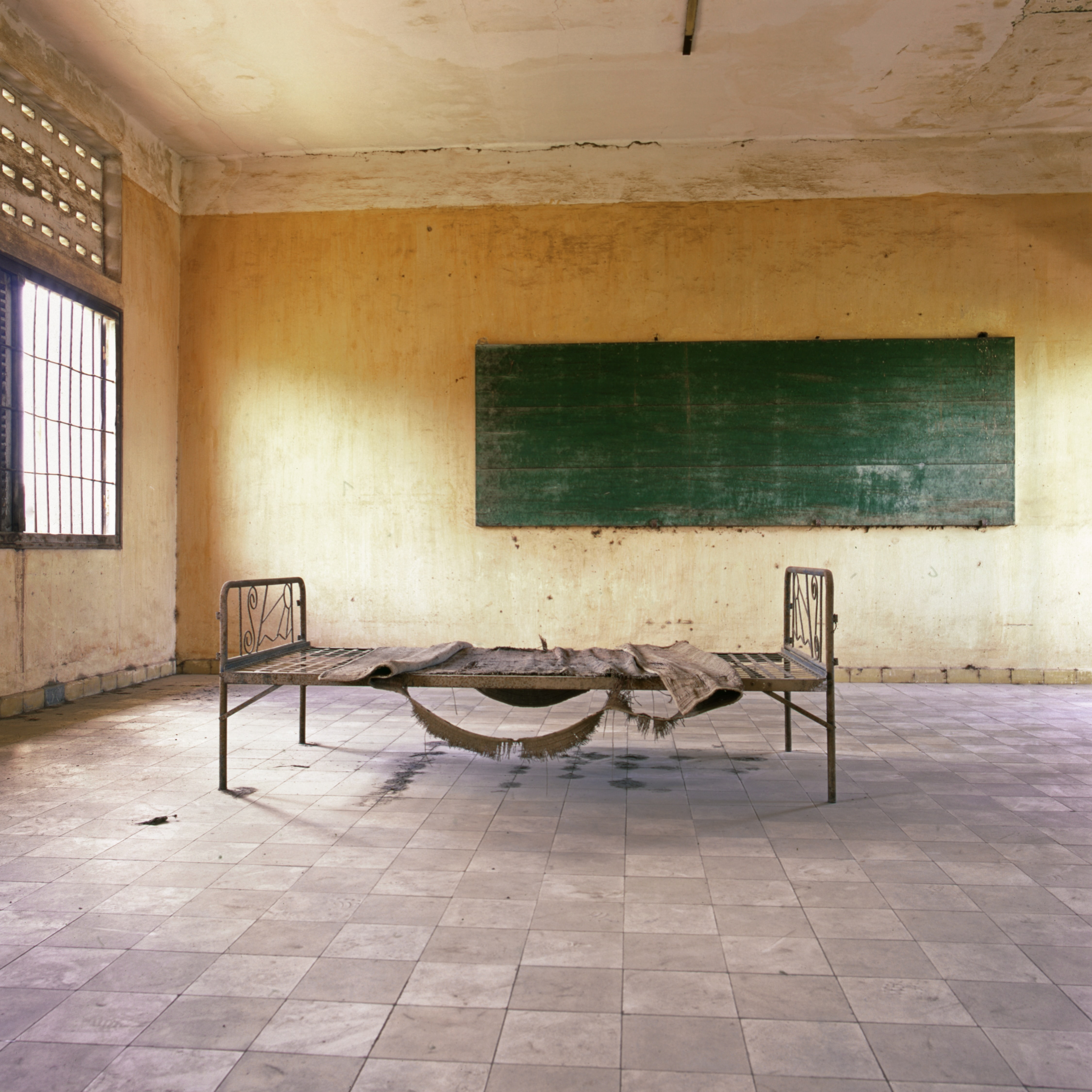 The Life and Death of the Khmer Rouge’s Chief Executioner

He became known as Comrade Duch, a nom de guerre that he chose based on a children’s book about an obedient schoolboy who was well disciplined, respectful and followed the orders of his teachers. During his time in the senior ranks of Pol Pot’s murderous regime, Duch established himself as the chief jailor and one of the most prolific executors in the Khmer Rouge. Duch oversaw the execution of between 14,000 and 17,000 Cambodians at Toul Sleng Prison (codenamed S-21) on St. 113, an area now filled with tourists and overshadowed by luxury high-rise condominiums.

“The extremes of human misery that Duch oversaw in Tuol Sleng are some of the most vivid examples of the Khmer Rouge’s heinous reign.”

Born in 1942 to an ethnic Chinese family in Kampong Thom Province, in 2010 the former maths teacher turned commander became the first senior figure of the Khmer Rouge to be convicted for the now-notorious crimes committed between 1975 and 1979 by the hardline communist regime.

The extremes of human misery that Duch oversaw in Tuol Sleng are some of the most vivid examples of the Khmer Rouge’s heinous reign. Innocent men, women and even children were regularly tortured and brutally executed inside the former Phnom Penh high school. Prisoners were coerced into signing detailed, often bizarre conspiracy theory-led confessions, stating that they had shown disloyalty to the regime or spied for foreign enemies. The tortured prisoners would often have to implicate friends and family members in similar acts of disloyalty before being taken to the Killing Fields of Choeung Ek and bludgeoned to death.

Duch’s reign over the prison was both ruthless and efficient, with the former commander directly overseeing and approving the atrocities that took place behind its walls. He would even study French and Cambodian policing manuals to find the best ‘beating techniques’ and frequently warned his team to not beat prisoners so hard during torture that they die prematurely, or the torturer himself could face death.

He remained in charge of the prison until 1979, when the Khmer Rouge lost Phnom Penh. Duch, like so many other senior cadres, blended back into the Cambodian countryside and remained undetected for decades.

Graffiti left by victims at the torture prison S-21 in Phnom Penh. Photo by Fionn Travers-Smith

Following his retreat into the countryside along the Thai border, Duch converted to Christianity and lived a quiet, anonymous life. This was until an Irish photographer, who had been searching for the infamous executioner for years, met him in a chance encounter. In a conversation with Nic Dunlop and Nate Thayer (the last Western journalist to interview Pol Pot), Comrade Duch admitted his role in the Khmer Rouge and expressed regret for his actions. A few weeks later, he surrendered to the Cambodian authorities.

It was over a decade later that the United Nations-backed Khmer Rouge Tribunal (ECCC) convicted Duch of crimes against humanity and grave breaches of the 1949 Geneva Convention. He was initially sentenced to 35 years in prison and later to life behind bars without the right to appeal.

During his trial, Duch admitted that S-21 Prison had existed, rebutting claims by the late leader Pol Pot that it had been invented by propagandists. He also claimed to be ‘deeply remorseful’ and apologised to the families of his many victims, prompting Cambodia historian David Chandler, to describe him as the only person put on trial to show any humanity. He did, however, ask to be freed, claiming he was not a senior cadre but was simply acting out of fear.

Despite this, Duch was until his death the only one of the five senior cadres put on trial to admit any guilt for his actions.

Read Next: Beyond Year Zero – Confronting Memories of Cambodia’s Painful Past

Beyond Year Zero: Confronting Memories of Cambodia’s Painful Past
Java: Looking Back at 20 Years on the Cutting Edge of the City’s Art Scene