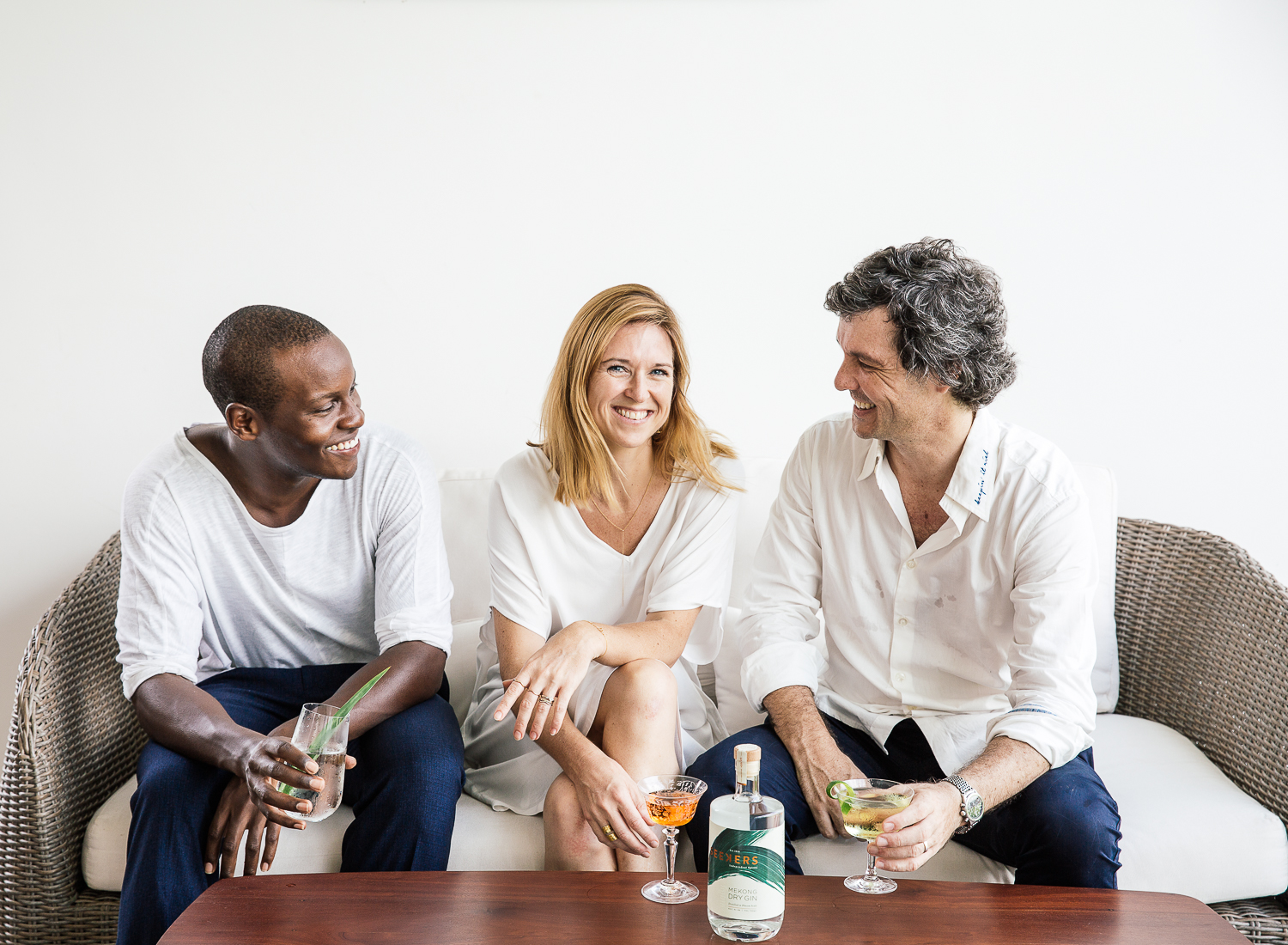 For Brit Tania Unsworth and her Spanish husband Marco, gin is part of their heritage.

Their two-year journey to find the perfect recipe for Seekers’ Mekong Dry Gin took them across the world, from Cambodia back to their home continent and beyond.

The pair’s passion began with an impressive gin collection at their former restaurant, Tipico Tapas in Toul Tom Poung, infusing gins from their home countries with local botanicals to give them a hint of local flavour.

“That’s what got us thinking about actually producing real gin using traditional distillation methods and producing a gin that was celebrating southeast Asian flavour,” Tania said.

The pair closed up shop and travelled to London to research their idea.

There they were able to visit some of the best gin distilleries in the world, talking with industry experts about the best distillation methods and set ups.

It was at the City of London Distillery where they met Alfie Amayo, who initially was only going to help them set up operations, but is now their now resident distiller and mixologist, according to Tania.

“Within a couple of weeks he was totally sold on the project and stayed on and now he’s part of the team,” she said.

Alfie worked with the pair for 9 months to come up with the Mekong Dry Gin recipe, with Tania and Marco shortlisting 48 botanicals they wanted him to experiment with, narrowing it down to 11 in the final product.

But instead of taking their product to market and simply hoping for the best, Tania and Marco toured their gin across the world, getting advice, feedback and praise from some industry experts.

“We came up with the final formula for the gin, we had two people from the industry here in Phnom Penh to taste it and give us their opinion; we took it back to London, we had it in LA, KL, with professional mixologists to try,” Marco said.

They have styled Seekers gin to be based on a London dry-style gin, infused with Mekong botanicals including pandan, Khmer basil, and citrus fruits from Battambang, to create a gin that tastes crisp, refreshing and perfect on a hot afternoon.

“The great thing about gin making is you can be quite creative with the character and the flavor,” Tania said.

“It’s very aromatic and fragrant, and we also wanted to make it full bodied, so that was the vision of the gin we wanted to make.”

Now with their distillery established, they are producing, bottling and supplying local cocktail bars with their creation and planning on expanding both the amenities at the distillery and their market.

“We are giving tours and people can come and pick up a bottle, In the new year we will start opening up and offering tastings and even a cocktail list,” Tania said.

With Seekers now served at bars across the city, including Juniper and Raffle’s Elephant Bar, Marco said that Phnom Penh’s market has matured in the last several years. Locally produced spirits are now becoming more celebrated and sought after.

“All this is very good for the market and for the customers in the end. The customers are getting more sophisticated, they are appreciating quality and paying more,” he said.

Raffles is so impressed with Seekers they’re now collaborating to create a gin-based Negroni, which will be bottled by Seekers, giving them further exposure.

Continue Reading
You may also like...
Related Topics:featured, gin, Seekers

Souvenirs of a Place that Captured Your Heart: Janelle Retka’s Illustrations
Art-Rock Performance Band Guiguisuisui Wants You to Push Past Your Boundaries