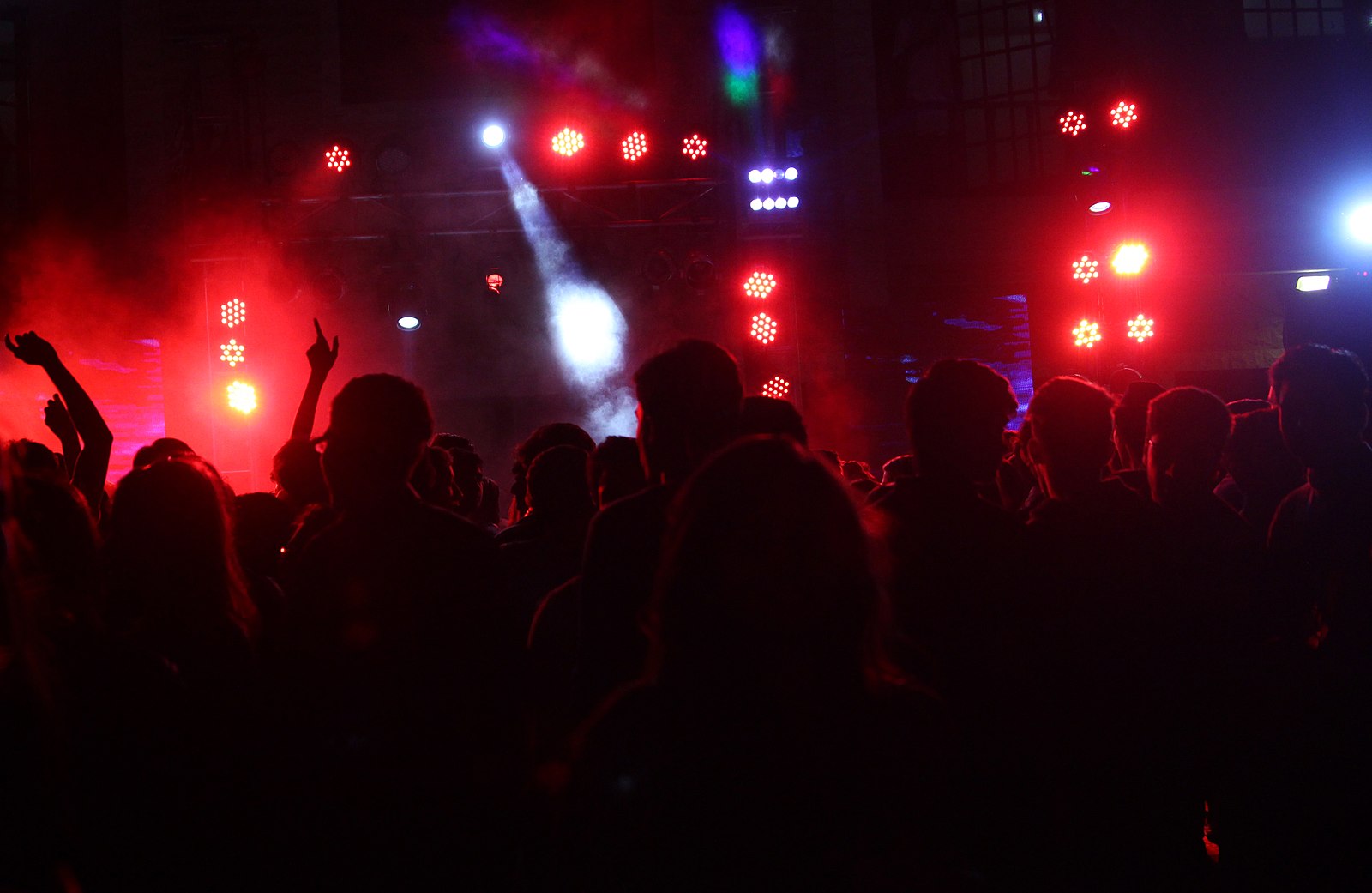 The new “epic musical fantasy” of Elton John, Rocketman, comes out at the Flicks this weekend. Judging by his outfits alone, you can tell he’s had an interesting life. And what on earth does “Crocodile Rock” mean? I guess you’ll need to watch the film to find out.

Straight up rock, blues and jazz are all taking the stage tonight.

Farm to Table is hosting a three-set jazz evening featuring guitar and bass duet Stan Paleco and Andrey Meshcheryakov. The duo will channel another, Jim Hall and Ron Carter, by playing tunes from their classic 1972 album “Alone Together”, as well as some of Paleco’s original compositions and jazz standards.

Bringing electric blues and rock tunes straight from Chicago, Jeffro Stark plays at Cloud from 8-11pm. Never been to Chi-town? Get ready to clap your hands and stomp your feet.

If you need to jump, dance, shout out lyrics and generally get sweaty, then head straight to Duplex to see the 99 Boyz play jams from the end of the 20th century. What should people expect? Frontman Mike Dynamo says, “The 99 Boyz want you to keep two things in mind: one, 90s music isn’t a decade. It’s a feeling that extends from your heart to your outfit; and two, think of your favourite 90s song. Believe in it strong enough, and we will 150% play it.”

Need a laugh without the jumping? Box Office has you covered with a comedy standup night from 7:30-9:30pm. Featuring Phnom Penh’s leading comics on one stage, this free event will give you a smile to carry through the weekend. And if it doesn’t, you can always heckle.

DJ Eazy is coming direct from France to bring his mix of hip-hop, R&B and electro, to Pontoon tonight. He’s playing from 9pm-4am, so really… you can’t miss it.

Seems like tonight is the night for a bar crawl.

Both Hub Street Cocktails on Street 21 and Party Patio around the corner on Street 308 are celebrating their one year anniversaries.

Since opening a year ago, Party Patio has become known as the go-to for drinks after the other Bassac bars have closed, and tonight will likely prove to be no exception. Starting at 8:30pm and going til “late”, their opening party will feature tunes from DJ Premo Sounds and special cocktails. But they’re also enticing early partygoers with welcome drinks.

Hub was originally one of the many tuk tuk bars that was ordered shuttered around Wat Botum last year. Now they showcase their signature cocktails in a bamboo covered, brick and mortar location—that features a toilet with an innovative way to flush. Their re-opening party one year later will have a “whole hog BBQ” and music by Miss Sarawan. This is an all-evening event, starting at 6pm.

Over at Ege Bar in Russian Market area, the Khmer Study Group is celebrating its rebranding as the Phnom Penhian, a “new brand name shows the belonging to this great city we are living in and the community we have”—inclusive of locals, expats, travellers or “whatever.” Starting with a meet-and-greet at 8pm, the group will then have a talent show, followed by straight partying til 3am—with barbecue.

Two nations (that are not Cambodia) are celebrating their national holidays in Phnom Penh today!

The Cambodia-Japan Cooperation Center is actually hosting a two-day affair in honor of Tanabata Festival. Over the course of Saturday and Sunday, from 9am-8pm, the Center will hold workshops in origami, calligraphy, cooking and—the signature feature of Tanabata—writing wishes for the next year on pieces of paper to hang on a tree. Combined with both Japanese and Khmer music, a Japanese singing contest, dancing, photos, food…this is definitely a family-friendly affair.

Bastille Day is the French National Day, celebrated annually on the anniversary of the July 14th Storming of the Bastille during the French Revolution. The French Embassy in Cambodia and the CCI France Cambodge are getting a headstart in festivities with a Bal de la fête nationale 2019. Taking place in the Embassy’s garden, the evening soirée is pulling out all the stops with champagne, a banquet spread provided by Raffles Hotel, pastries from Maison Kayser, dancing and activities. Living large doesn’t come cheap though: tickets are $28. But for one unique and magical night, it maybe worth it!

If you’re as fascinated by recycling in Cambodia as we are (that’s not a joke), then you’ll want to get on Farm to Table’s field trip “On the Trail of Waste Entrepreneurs”. From 1-6pm, two recycling pioneers will bring participants to their two very different types of facilities—one that handles metal recyclables and another that creates compost out of…other stuff.

Sofitel continues the Bastille Day celebrations today with an extravagant brunch. Starting at $59, it’s certainly not for everyone’s budget, but if you have the means and the desire to channel your inner Marie Antoinette, this is the dining experience for you.

Meta House is back! With their soft opening, Meta House 3.0 is showing “Buried by Charles Fox”, a photographic exhibit of family photos that a Battambang family buried during the Khmer Rouge regime and were later dug up and preserved. No, British photographer Charles Fox is not a member of the family, but he worked with them to put together the exhibition and an accompanying book.

To round out the weekend, return to childhood by shitting your pants anew with the new Chucky movie (original title “Child’s Play”), out this week at Aeon Mall. We’d tell you all about it…but nah.

Chill, drink, eat, make art, be merry. It sounds like a motivational poster, but it also sounds like what will happen at ArtSpace by Kbach Arts today during their Open Mic and Brunch. Drink TwoBirds Craft beer while gorging on Cambodia Catering Company and checking out Cambodian art from noon to 4pm. Musicians Gerard Evans and Antonio El Chico will take the lead on the mic, but as the name suggests—it’s open to anyone.

For more upcoming events, check out our listings page here.