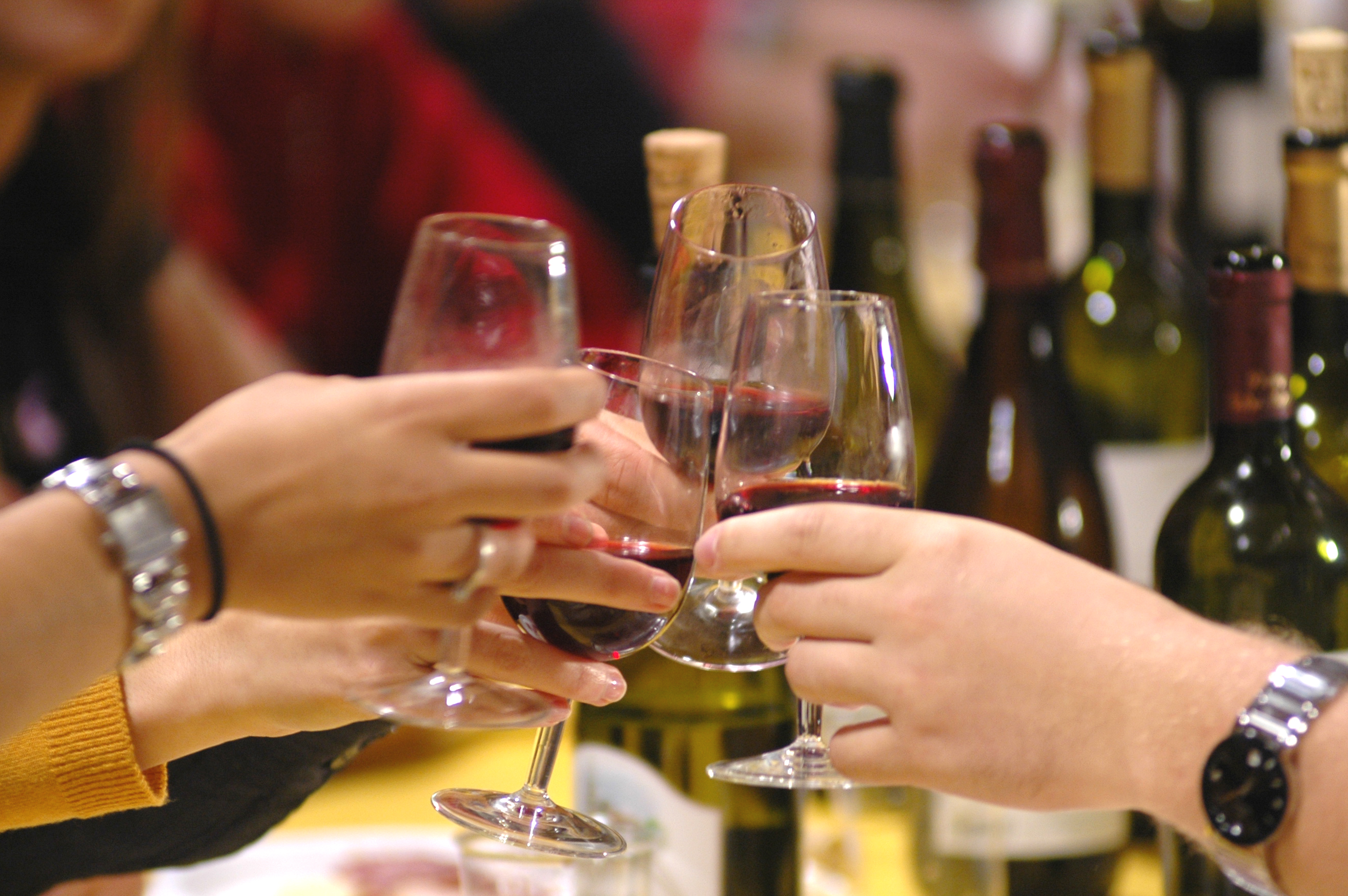 The Weekend is Here and THIS Is What’s Going On

Two movies are opening tonight at Legend Cinema, and which one to see depends on what you’re going for. Trouble is an animated film about a spoiled dog that finds the real meaning of life through sudden poverty that has an astonishingly high 9.3/10 rating on IMDB. Granted only 200+ people have voted on this, and the trailer doesn’t look great, but if you’re a betting person the numbers may be with you.

Do a 180 from that children’s film and you’ll find the premiere of Angel Has Fallen, in which Gerard Butler is a US Secret Service agent framed for an attempt on the president’s life and is on the run from all government agencies…leaving a trail of explosions behind him. As of writing this, 11 people have given this film at 7.7 rating…so…that’s promising.

Institut français is back from vacation, and that means more films en français. Si vous pouvez lire ces mots ici, parfait! Si non, it’s okay – they have English subtitles. Tonight’s film, Le poulain, follows a young man on a French presidential election campaign team as he learns the dirty tricks of the trade…and falls for the woman in charge.

Pleng Sessions is a new series of concerts by Sabay and Pleng, Cambodia’s music streaming platform by Smart, held at cozy BKK1 cafe Pleng Chan. The inaugural concert will feature Van Chesda, one of the talented up-and-coming singers who writes songs with a new flavour for the Khmer music scene.

“The guitar has a kind of grit and excitement possessed by nothing else.” – Brian May, guitarist for Queen

Tonight’s the night for acoustic guitar music, with four different venues to choose from (or bop between). First stop on the tour is Hard Rock Cafe’s Arôme Khmer Acoustic happy hour. Enjoy a cocktail while sitting on their outdoor patio with melodic Cambodian music playing as the evening starts.

The Riel Capital will perform for dinner at Farm to Table, playing a selection of Celtic, traditional and modern folk music. But it’s not just the guitar you can expect to see – these musicians evoke their “earthy” style via violin, fiddle and cajón and vocalists Cristina Collins and Ru Dee.

Vanntin Hoeurn is taking a rare break from the popular metal band Reign in Slumber to pick up his guitar and play blues rock at Tacos Kokopelli in a solo show. Asked why he decided to play this solo gig, Tin answered honestly: “I don’t normally play alone, but I miss singing, and I’m bored. I’m in this other band called Reign in Slumber, and there’s only screaming.” Asked what he’s going to be playing tonight instead, Tin said, “I’ll be covering some sad songs that I enjoy listening to. It’s not restricted to one particular genre. The set consists of blues, folks, punk, indie, etc. I will play my own materials, as well.” Well that’s simply awesome. Tin is not to be missed – especially when he gets to stretch his wings – and neither are the $1 drafts and tequila shots.

Okay, what if the vibe is still beautiful and chill, but there’s no acoustic guitar – does that still count? Yeah? Okay great, because cozy whiskey bar The Bodleian is mixing 70’s flower power with soul with their “Hippie Chic Opus” concert. The show features singer Mirasol Aguila, supported by bandmates Phil and Anti on keyboards and drums, with a “soulful” voice and “warm, engaging personality to the audience,” says General Manager Agastya Wardhani. “Last time they performed it was really groovy and set a cheerful mood.”

International DJs are descending on Phnom Penh to make sure you don’t sleep tonight.

Lia Lisse is one of the top 100 female DJs in the world. All the way from Belarus, Lia will bring the craziness – and EDM – for an all night party at Epic 2.

And coming from Japan is DJ Kenji. He’ll be playing his brand of hip-hop and reggae blended with twerk, trap, dubstep, house, bass, etc. for another all night party at Pontoon.

If you’re a fan of comic books (or graphic novels), ninjas, chanbara (samurai sword fighting), adorable animals, supporting artists or book launches, then you must attend the Ronin Rat and Ninja Cat book launch at Cloud. The author and illustrator, Joshua Chiang, will give a preview of the first installment of a five book series, published by independent publisher Ahope, as well as play original songs (he’s a musician, too – talented guy!).

Bophana Center will screen Cambodian director Rithy Panh’s 2009 film The Sea Wall, in French with English subtitles. It is an adaptation of Marguerite Duras’ 1950 novel, based on her impoverished adolescence in 1930s French Indochina.

The Khmer Arts is hosting a twin art show at Cloud, with both a film screening and a photo exhibition by two young Khmer artists. Director Nara Tsitra premiere’s his short film Alan After Tomorrow (based on the life of Cloud’s bartender), following Alan’s struggles as he tries to find work while also dealing with heartbreak. He ultimately finds catharsis in pursuing his dream of playing music. The photo exhibition, “The Dope Show”, shows photographer Peterson Khim Rattanak’s take on an alternative Khmer lifestyle. Dope. 🙂

Did you feel like spending money today? If so, you’re reading the airwaves as there are multiple pop-up shops around the city.

Meta House is hosting an all-day fashion party. Sao Sopheak’s store will be selling clothing from Hong Kong, China and Europe, from 2-9pm, showing off the wares with a special fashion show at 7pm. Clients can have free makeup done all day and, at 3pm, henna tattoos by Sophorn Ban.

Siem Reap kombucha company, The Fermenters Kitchen, is holding a free tasting of its kombucha teas at Farm to Table from 2-4pm. At this “Meet the Makers” event, the Fermenters Kitchen team will describe how the beverage is made and why the living yeast, bacteria and enzymes inside of it are so helpful for your gut health and immune system.

Butter Magic Soap Studio (fabulous name) is holding a pop-up at Ginger & Grace from 2-5pm, showcasing their little works of art in the form of perfumed soap bars and hand lotions. They will have discounts on some items, including a bargain bin of $1 soap bars (for those that don’t really feel like spending money today).

Kampot’s comfy and ethical clothing brand Dorsu is releasing its second drop of its work clothes line at BKK Lot 369 Cafe. To entertain and uplift you while you shop, singer Xange Heang will be performing. The coffee there will uplift you, too.

Alchemy is putting on a reggae night with Phnom Penh band Vibratone. Vibratone, formed in 2013 and now returning with a new album, will be playing original tunes with “conscious lyrics”. DJ Airfix Twin joins them to spin tunes inbetween sets.

Sundown Social Club is holding another “Sunset Session”, this time with DJ Madski, who will be playing an oddly eclectic (and yet appealing) mix of “choice electronic beats, thumping house anthems, old-school Motown, big ticket 90s and a hint of noughties dance”. Mixing Motown with 90s hip hop is understandable, but mixing with 2000s dance? Guess you gotta hear it.

Pleng by Smart is having a busy weekend, this time bringing one of the biggest concerts of the year to Aeon Mall Sen Sok City to celebrate G-Devith’s new album Reborn. He’ll be playing every song live. To promote the new music-streaming service, Pleng Pro users will get a Pleng t-shirt plus their ticket, both free, at various Smart Shops throughout the city.

The Last Black Man in San Francisco is writer/director Joe Talbot’s feature length film debut – a beautifully shot and humorous story of friendship and what it means to call a place “home”. Also, look out for a cameo appearance by Jello Biafra of Dead Kennedys fame!

If you’re a computer game junky or an esports fan, then you can spend your entire Sunday watching an epic (digital) battle at Legend Cinema. The largest Dota 2 tournament will be broadcast live at the theater, with special prices…since you’ll be there for eight hours.

Sometimes you come to the end of the weekend and think, “Damn. I just didn’t party enough. I did not use this weekend to its full potential.” Sneak in an extra opportunity to stuff your face, and to get faced, with Mad Monkey hostel’s Sunday Sizzles all-you-can-eat barbecue before its notorious pub crawl.

Continue Reading
You may also like...
Related Topics:featured, Weekend Roundup