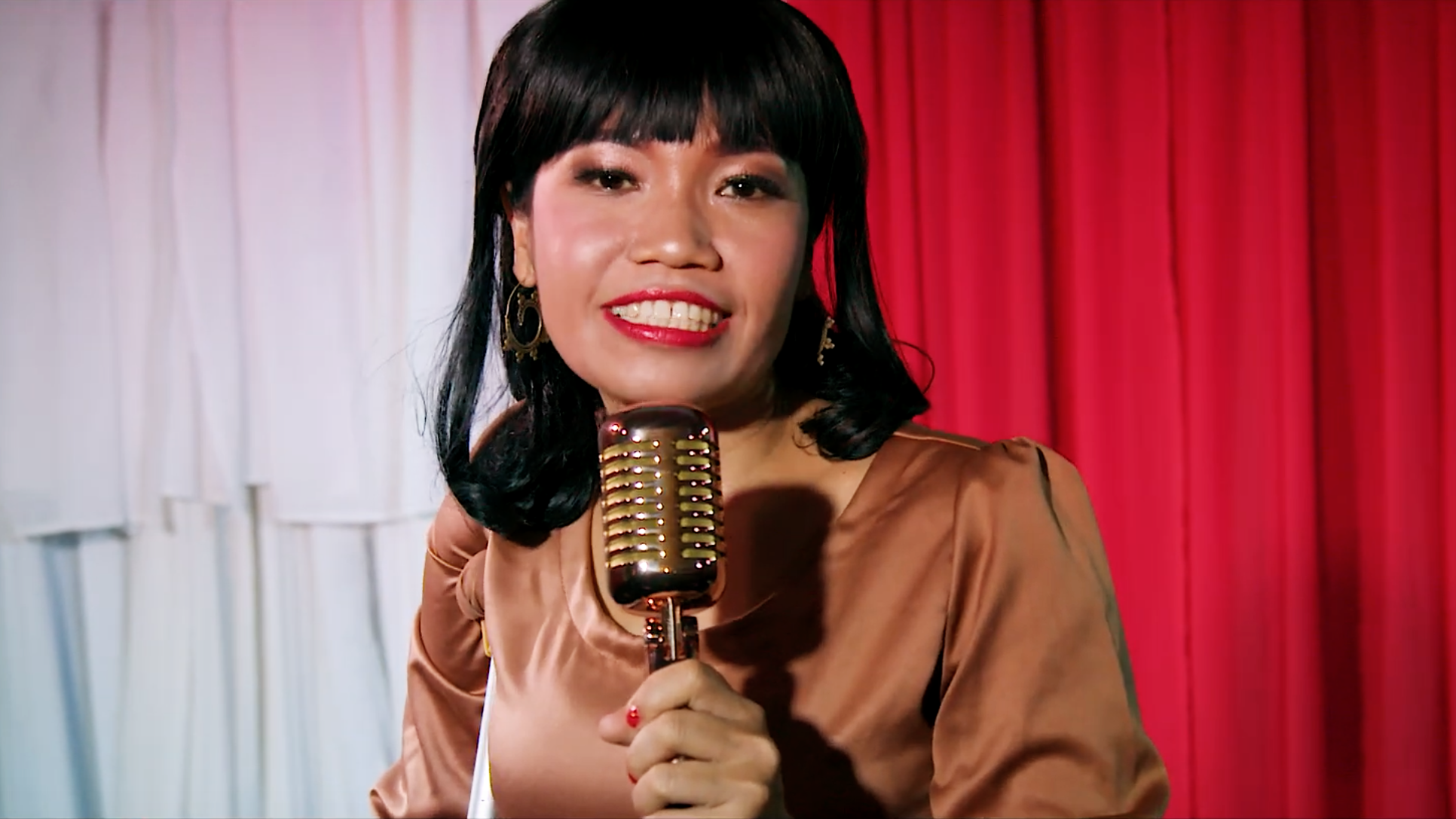 These Disabled Divas Are Rising Up… And This Is Their Anthem

“I’ll rise up, don’t you know you can’t keep me down, even with violence.” This is the hard-hitting message that Cambodia’s women with disabilities want the world to know.

A new song and music video called Rise Up aims to give a voice to a group of people who are rarely represented in the arts. It is the result of a project involving disability-sector NGOs Epic Arts, Komar Pikar Foundation and Light for the World. Over 50 people with disabilities participated in making the song and video, with the NGOs hoping it “encourages and inspires all Cambodians to challenge their perceptions around disability, discrimination and gender-based violence.”

The video itself is replete with ‘60s Khmer rock aesthetics, dynamic dance moves and a killer chorus, but more importantly, it puts women with disabilities in the spotlight.

The song opens with popular radio host DJ Nana before turning to a stage with four performers. What viewers may not know is that the three dancers are all deaf, and are taking cues from a choreographer who is standing out of shot.

Tevy Chheun, programme assistant for Light for the World’s women with disabilities leadership programme, said this visibility is key.

The lyrics to the song are all based on true stories that the women told during brainstorming sessions. They talked about challenges they faced in their communities, with discrimination and gender-based violence some of the most talked about-issues. These stories formed the basis of the song, which is sung by Sopha Chrek from all-female Cambodia rock group the Messenger Band.

David Curtis, disability inclusion advisor at Light for the World, said it’s important that “a lot of the terrible things that have happened to the women have been turned into something uplifting. It’s a call to say, enough is enough, we’re going to rise up, and we’re strong and empowered and we’re not going to stand for it.”

According to the report, “women with disabilities experienced much higher levels of all forms of [family-related violence]. They were much more likely to be insulted, made to feel bad about themselves, belittled, intimidated, and subjected to physical and sexual violence than their non-disabled peers.”

Curtis from Light for the World hopes that the song’s message will spread and will help bring more positive attention to Cambodia’s women with disabilities.

“I hope it gets seen by as many people as possible. The violence that women with disabilities experience should no longer be tolerated, and I think it’s nice to have things like this that bring the message across rather than other forms that are maybe too heavy or too preachy.”

Or, to give the women involved the final word:

Learn more about the awesome work of Epic Arts here >

What’s Killing Cambodia’s Wildlife?
As Phnom Penh Braces for Coronavirus, It’s Time to Close Our Bars – But Not Our Hearts