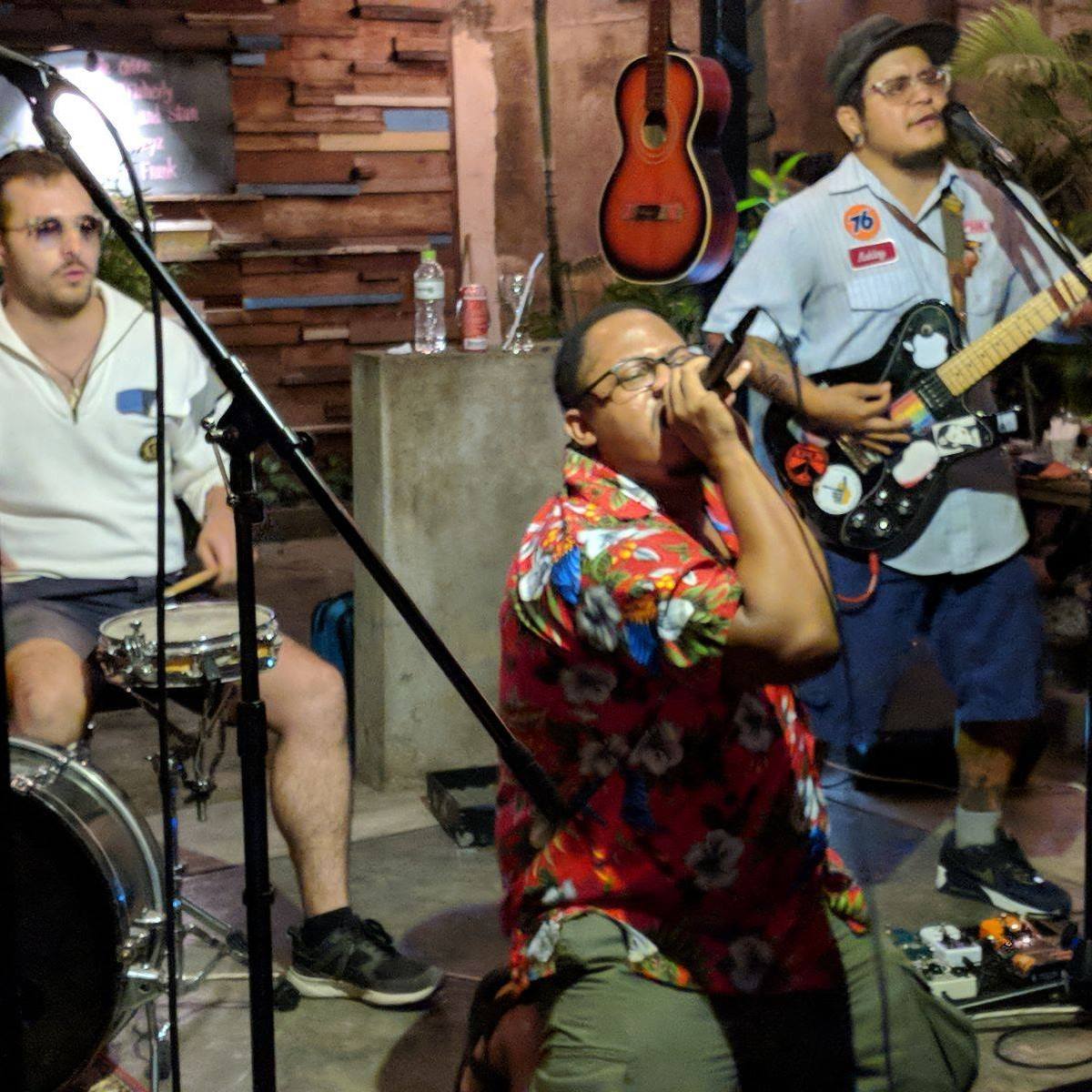 For those who kick off work early, or perhaps those in a Rock n’ Roll band, META House will have a treat for all Oasis fans out there. At 4pm they will screen the 2016 Oasis:Supersonic. The film chronicles the rise of the Mancunian Brothers using only archival footage and narration from those in and around the band.

At 7pm META House will screen a deeply depressing but thought provoking film about meth abuse in Cambodia. Hitler’s Drug follows one group of young men in a broken down shed in the border town of Poipet, suffering from the drug.

Jamie Tan will be taking over the garden at Botanico from 7pm. Jamie will bring her familial vocals and powerful piano performances, kicking off your weekend in the right way.

Cloud kicks off an evening of hip hop from 7:30pm. The stage will be open to anyone, from anyplace, who wants to bring out their inner MC.

The Hard Rock Cafe isn’t just novelty t-shirts and mugs. They also put on some pretty sweet live music. This week we will be treated to a Guns and Roses and ACDC tribute night from 8pm.

The 99 Boyz will be the highlight of this Friday evening. From 9pm they will take stage at Bassac Lane and make everything in sight bust a move to some 90s RnB goodness. These guys are an absolute treat and bring the party every single time.

Reggae Redemption kicks off at Duplex from 8pm. Randy C promises to bring a combination of classic Bob Marley, Peter Tosh and Jimmy Cliff together with the more modern sounds of David Lindley, Ben Harper and Slightly Stoopid. Randy Cataluna will take the vocals and guitar, Phnom Penh live music legend Antti Siitonen will be on the percussion, vocals and electronics, while Danzo Ke’Aloha, from Hypnotic Fist Technique, will be bringing you the bass and synth.

META House will host an afternoon of documentaries about garment factories in China and Cambodia. Sweatshop screens at 7pm and tells the story of 3 Norwegian journalists working for a month in a Phnom Penh clothing factory. This is followed by the 2006 film: China Blue. This film explores the plight of South China factory workers struggling to balance Western demands with shrinking wages. You won’t want to wear your H&M shirts this weekend…

Stick around until 8pm for the lighter, and much loved, Isle of Dogs screening at 8pm.

The Sofitel is putting on quite the classical music affair from 6pm. For the first time in Cambodia an international festival of classical music will take place with three major concerts and a full opera taking place.

Doble Impacto and DJ Malo will take over Bouchon Wine Bar from 7pm. They will bring the sax. Along with Latin percussion and some DJ improvisation.

From 8pm Duplex is bringing the Latin flair with a salsa party night. This Saturday will be an especially vibrant salsa night with Doble Impacto hosting from 9pm. Gunter Hofmans and Mikhail Rebrov will be travelling from Siem Reap. Expect some flute, sax, DJ’ing and too many congas.

Celebrate and help keep alive the traditional Khmer Martial art of Yutha Kun Khom from 3pm. Chan Bunthoeun, grand Master and father of CHAN Rothana, will be putting on a very special seminar for anyone interested in martial arts of Cambodian heritage.

Nowhere Art Studio will be hosting a new workshop at 9am entitled: Boho Dream Catcher. The French artist and designer Sarah Marcni will help you learn a new and creative skill. She will not only teach you how to make a dream-catcher but all about the history and meaning of this talisman. Did I hear someone say ‘Lad’s day out’?

The Juniper Gin Bar will be having its soft opening from 6pm. The new riverside haunt will be supplying an exciting array of signature gin and tonics, cocktails and wood fired pizzas.

Loving Pablo smuggles itself on screen at META House from 8:30pm. The feature film looks at the life of the infamous Mr. Escobar.

While The Flicks, from 5pm, will be showing the absolute classic: Breakfast at Tiffany’s.

The Sofitel will also be putting on a classical music concert on Sunday from 3pm. If you don’t manage to catch it on Saturday then do your best to get to what should be a great show on Sunday.

It’s your last chance to see the Thunder and Rain Exhibition at Bong The Gallery. This was a collaborative exhibition between Apsvra and Penkuro taking on a visual redesign of classical Cambodian folklore. Get down and have a look if you haven’t already!