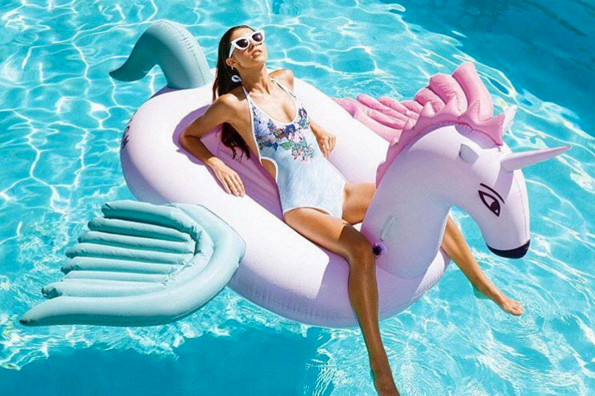 Ready for the weekend? We sure are…! Here’s everything you should be doing from now until Sunday evening.

So many delicious liquors, so little time! The hardest decision you’ll have to make tonight, is: do I head to Russian Market for Day 1 of Long After Dark’s Small Batch Craft Beer festival (5pm-late @ Long After Dark, St 450, Tuol Tom Poung) featuring some of the finest offerings from Phnom’s Penh’s very own Kingdom Breweries?

(N.B. Our personal faves are the white beer, the wheat beer and the IPA… sooooo good!)

… Or will you make for Tonle Bassac, for Kanji’s Sake Experience – where you’ll learn how to pair the best possible sake with sashimi and sushi, and then tempura, spicy and grilled food? (6-9pm @ Kanji Japanese Restaurant, Sothearos Boulevard)

… Or will it be DEVA in BKK1, where the artful cocktail team are whipping up all kinds of fabulous specials and variations of a classic, to celebrate Whiskey Sour Day? (7pm-1am @ DEVA, 9th Floor, iOne Building, Mao Tse Tong Boulevard).

… Or maybe, just MAYBE, you can squeeze in all three!

The second is at Dorsia Lounge, where Pacific Oysters are $10 for 6 (or $4 each for Canadian Oysters), but there’s free flowing wine from 5-8pm! (Dorsia Lounge, Sihanouk Boulevard)

Without a doubt, this week’s top date night movie is American Made, the bizarre and hard-to-believe-it’s-true story of a commercial airline pilot (played by Tom Cruise), recruited by the CIA to assist with money laundering, drug and gun smuggling operations. (9.10pm @ Legend Cinema Citymall; 6.45pm Tuol Kork)

… Or, for a dose of powerful, hard-hitting documentary, META House has you covered with Life and Death at Preah Vihear, which explores political and cultural tensions centring around the fight over the temple and the impact of colonial-era borders.

Ever get frustrated with the rambling chaos that is Phnom Penh? Get inspired to devise a better way of doing things at Cloud’s Sustainable Design Exhibition.

The lovely Jamie Tan kicks off the after-work fun at 6pm tonight at Farm to Table, where she’ll be covering much loved movie theme tunes from Frozen to Skyfall to Moulin Rouge to The Sound of Music, and everything in between. Expect a crowd-pleasing, impossible-not-to-sing-along selection of hits. (Farm to Table, St 360, BKK1)

There are a whole bunch of options to keep you dancing through until dawn tonight.

The Idea is organising another massive festival at Exchange Square this weekend – and this time, it’s all about FOOD. Top restaurants from all over the city will have stalls at the festival, with everything from sushi to macarons on offer. And with prices capped at $4, you can afford to graze!

Love Jim Beam? Love lemon? In that case, you’ll be a big fan of Factory Pub’s new Citrus Highballs. Buy two at the launch tonight and you’ll be in with a chance of winning a camera. (4pm-1am @ Factory Pub, St 3a, Tonle Bassac).

Ah, the life of a struggling artist. Dedicated to the creative life, never knowing where your next meal is coming from… so romantic, and yet such a pain in the arse.

This is the central of theme of Nowhere Art Studio founder Syahrulfikri Salleh’s brand new exhibition, Whatever Comes, at Neverland Art Space. Weaving in his own work and pieces from a staggering collection of Cambodian and international artists, the exhibition looks at how he deals with these challenges to support an artistic life. (Neverland, St 172z2, off Norodom Boulevard)

Thanks to ICF Phnom Penh, you can watch acclaimed WW2 blockbuster Hacksaw Ridge for FREE this afternoon at Flicks 1. This is the incredible true story of American soldier Desmond Doss, a pacifist and the only person to serve on the front line without a weapon. In Okinawa, Doss risked his life on the battlefield to save 75 soldiers during the bloodiest skirmish of the entire war – without, or course, firing a single bullet. (4-7pm, Flicks 1, St 95, BKK3)

Then, zoom as fast as you can to META House to catch Mindcage, a psychological thriller that explores treatment of mentally ill patients in modern day Cambodia and the struggle between modern medicine and traditional beliefs. A must-see. (7-8.30pm @ META House, Sothearos Boulevard, Tonle Bassac).

Oh yeah, feminism gets its very own section this week, because there’s not one but two events today geared towards female empowerment.

First up, H/Art Academy Jiu Jitsu is holding a women-only self-defence class led by Christine Guyot, the academy’s highest ranking female competitor. Plus, it only costs $1. Get down there and take back the night! (4.30-5.30pm, 3rd Floor, Corner of St 81 & St 109).

Secondly, the excellent Justice Cafe is hosting a roundtable discussion on gender stereotyping and feminism in Cambodia today – expect a lively and fascinating exchange. Note that the session is in Khmer, but if you need English translation, they can arrange a whispering translation service – mention it when you register for the event. (3-5pm, Justice Cafe, D6E0 Street 53BT, Sangkat Boeung Tumpun, Khan Meanchey)

Okay, all together now: WHO RUN THE WORLD…? Actually, don’t answer that. It’s depressing.

What better way to spend a lazy Sunday than munching your way through the second day of the Kon Slaprea Festival? (Exchange Square, corner of St 106 & St 61, Sangkat Wat Phnom).

Still hungry? Pop down to Farm to Table to this month’s doggy day, where you can bring your prized pooch along (or just play with everyone else’s) over a coffee or dish from their brand new menu. So much joy! (August Doggy Day, 4-7pm @ Farm to Table, St 360, BKK1)

Fed up of singing into your hairbrush in the mirror? Take your first steps towards making your dream reality by signing up for Professor Jeralyn Glass’ FREE Singing Workshop today (3-4.30pm @ Music Arts School, St 360, BKK1).

Today is the grand final of the National Karting Championship! It’s great fun to watch, with contestants from all over the world – including many faces you might recognise from around Phnom Penh. (Cambodia Karting Circuit, off National Highway 4, Phsar Kom Bol)

Boxing fans (and those who rightly want to see Floyd Mayweather get punched in the face) are spoilt for choice this weekend. Despite the early start, a bunch of places are showing the Mayweather-Conor McGregor fight this morning – check out our guide here.

Closer to home, boxer Emmanuel “Manu” Onyedikachi makes his comeback today, with a match against an Iranian fighter. The match will be screened on Studio Bayon TV, but you can also get tickets to see it in person. See here for more details. (6pm, Studio Bayon TV, Stuengy Mean Chhey).

If that all sounds a bit vicious for a hungover Sunday, ease out of the weekend gently with Myrto’s weekly yoga class at Show Box instead (5-6pm @ Show Box, St 330).

Behind on Game of Thrones? Pick your seat and settle in for a catch-up marathon at Box Office, which is screening episodes 4-6 this afternoon (2-5pm @ The Box Office, St 244)

Later, there are bunch of great documentaries and features showing around the city.

The L Bar is showing Accidental Courtesy, a documentary following the bizarre adventures of Daryl Davis, a black musician with a weird obsession – the KKK. Davis travels around the US meeting klansmen and collecting memorabilia. (7-11pm @ The L Bar, St 93, Boeung Kak / “Lakeside”)

Or, watch the fascinating (and heartbreaking) 1978 documentary Kampuchea, filmed by a Yugoslavian team of journalists who were invited on a unique press tour of the country by the Khmer Rouge.

Featuring the only existing TV interview with Pol Pot, the docu shows the show dawning of realisation that life behind the propaganda is far darker in the Communist state. (7-8pm)

Following the docu, you can also catch acclaimed German feature film The Tunnel, about a German swimming champion’s struggle to rescue his sister Lotte from Communist East Berlin after the construction of the Berlin Wall. (8-10.30pm @ META House, Sothearos Boulevard, Tonle Bassac)

To round off your weekend there’s a very special event taking place at the National Museum of Cambodia this evening. Showcasing the Kingdom’s rich musical history, this concert will take you right through the evolution of music, from the Angkor Period to the legendary Khmer surf-rock of the 60s, right up to the present day. (6.30pm-7.30pm @ National Museum of Cambodia; tickets $3 / $5 VIP.

That’s all from us this weekend! Go forth, be merry, and don’t forget to sign up for the Friday newsletter so you never miss another roundup!

McGregor Vs Mayweather & Where to Watch It
Frazer Vs Burger: Dos Besos Mexicali Burger