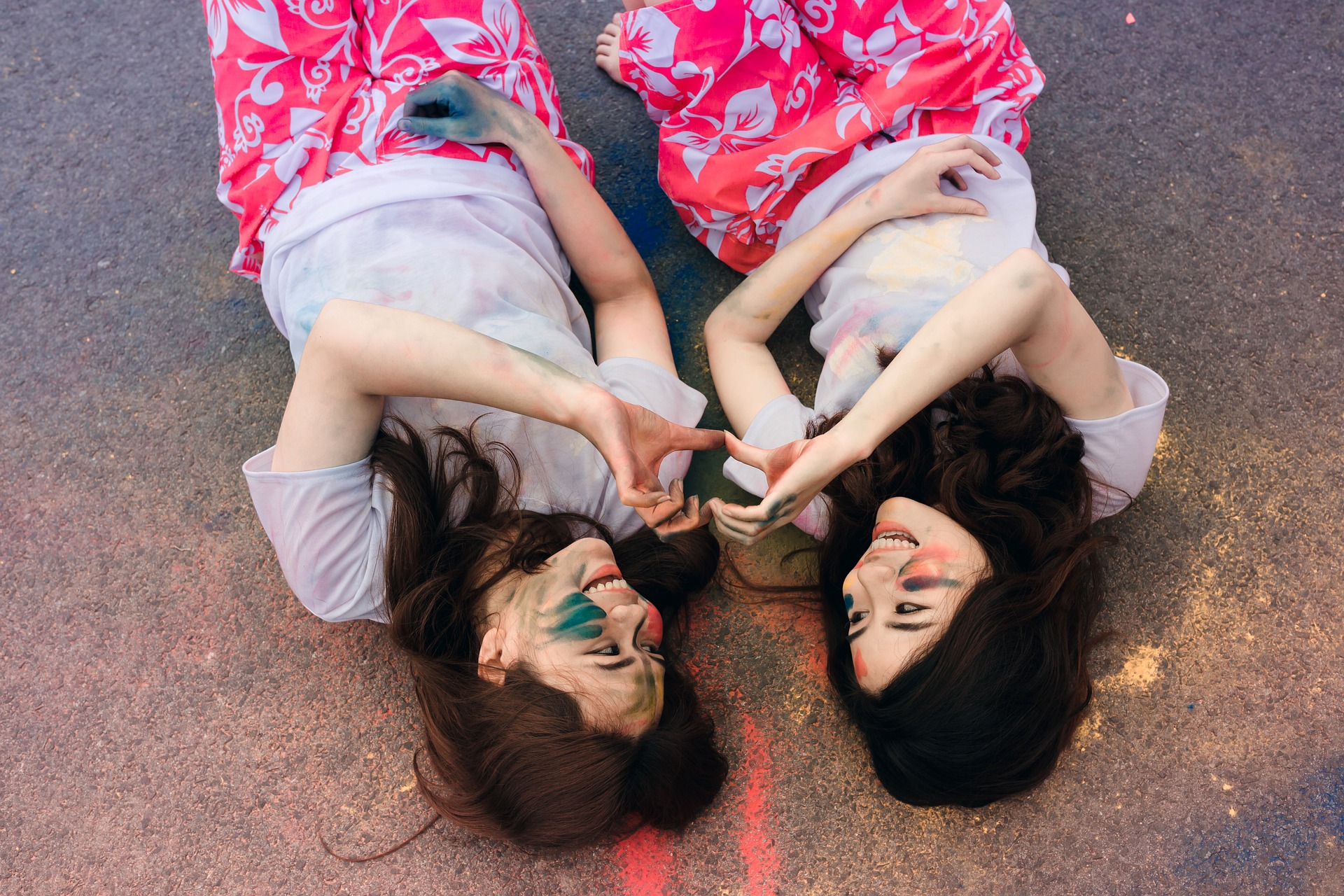 It’s all kicking off this weekend! There’s theatre, there’s art, there’s a huuuuuge array of gigs and club nights… and even a very exciting mini-festival. Get involved.

Meanwhile at Cloud, artist Bruno Levy opens a new exhibition of work called ‘69, which seeks to recreate the feel of Cambodia’s Golden Era at the end of the ‘60s. (9pm-Midnight, Cloud, St 9, Tonle Bassac).

And fine art school The Atelier throws open its doors to the public, inviting you to visit their workshops, meet the students, and see the art-in-progress. (The Atelier, St 19 & 54 – above SOHO Pub, Daun Penh).

Blade Runner 2049, sequel to the impeccable 70s masterpiece (and incidentally, one of my all-time favourite films), is in cinemas now – catch it at Legend Tuol Kork, Citymall or Meanchey at 9pm tonight.

Alternative, if you’re out by the leafy oasis that is Outpost, pop in to lounge on giant cushions and watch their screening of Boyhood (7pm, Outpost, Tonle Sap Road / behind the Sokha Hotel).

If you’ve go to see the play tonight, you should be handed a voucher for a free beer at Tusk… because that’s where the afterparty is! You might not get to tread the boards, but you can rock the dancefloor instead. (9pm-late, Tusk House, St 278)

Further out of town, Kingdom Breweries is throwing October’s TGIF party, where $13 entry gets you a Digby’s burger or BBQ plus UNLIMITED Kingdom beers. Bargain! Plus, I know I always say this, but seriously: try the white beer and the IPA… delicious.

Alternatively, check out Elbow Room’s guest bartender of the week: Ash Raj of the legendary Singaporean bar 28 Hong Kong Street, who will be shaking up some delicious concoctions tonight (St 308, Tonle Bassac).

Tons of great music tonight, to suit whatever style takes your fancy…

There’s a massive late-night pool party going on over at DIB on Diamond Island tonight, featuring techno and house from DJ Saint Vincent and Tim Coates. Tickets are $8 including a drink. (8pm-1am, DIB, Koh Pich),

You can also pick yourself up something special from a brighter time: SPACE FOUR ZERO, purveyor of fine retro art and rock memorabilia, is having a massive clearance sale all weekend, with up to 30% off prints and vinyl. Plus, DJ Bongalot is spinning the tunes… and there’s free Kingdom beer. Read more here. (St 118, near Riverside)

Don’t forget – tonight is the final showing of Life, Love and Other Illnesses at PPIIA (7.30pm, St 51)

Little Girl Blue tells the tragic tale of Janis Joplin, the rock’n’roll legend and force of nature who died of an overdose at 27 (4pm, META House, Sothearos Boulevard).

Booze and tattoos… what could go wrong? Find out for yourself at Tiki & Tattoos night, where cocktails are $3, beer is $1 and tattoos are $30 (8pm-2am, Salty Dog, St 172. Advance bookings essential.)

There’s sing-a-long rock from the Fender Benders at Botanico (7pm-9.30pm, St 29, Tonle Bassac), Latin rhythms from El Moreno and 12me at Alchemy (St 123, Tuol Tom Poung), and last but certainly not least, the band from the superb circus collective Phare are in town for one night of 1960s Cambodian rock’n’roll (6.30pm-10pm at Institut Francais du Cambodge, St 184)

Posti+ve Vibes is here at last… and it’s gonna be sweeeeeet! This all-day, jungle-themed extravaganza features some of Phnom Penh’s best DJs spinning EDM, as well as awesome artists selling their wares and even creating new pieces live.

There’s a pool, there are 240 cans of free beer, there’s a top makeup artist on hand to get you dolled up like a festival-hippy goddess (or adonis). Basically, there are all the ingredients of a bloody great day that’s set to run long into the night. More info here. (Posit+ve Vibes, 3pm-1am @ Tusk, St 278)

For a very different type of indulgence, check out Chinese House’s “decadent Sunday Brunch”, where there’s a selection of continental treats including pancakes, pastries, breads, salmon and prawns that almost look too good to eat. Almost. (11am @ Chinese house, Sisowath Quay / corner St 84, Riverside. $16pp, all you can eat).

Cute Tuol Tom Poung cafe TINI doesn’t just do excellent coffee, it’s now begun to support Cambodian artists with the first of a series of exhibitions. Right now they’re showing a collection of paintings called A Small Part by the wonderful Nov Cheanik – make sure you check it out! (St 450, Tuol Toum Poung).

Hunting with eagles across the vast, silent emptiness of the Mongolian plains is an ancient tradition for the nomads of Central Asia. In the magical documentary Eagle Huntress, we follow 13 year-old Aisholpan as she trains to become the first female in 12 generations of her family to take up the mantle of eagle hunter (4pm, META House, Sothearos Boulevard)

Equally atmospheric is The Beguiled, a remake of the 1970s classic about a wounded soldier taken in by a girls’ boarding school during the American civil war, who slowly begins to manipulate the lonely women around him in different, sinister ways. (4pm, Flicks 1, St 95)

If that all sounds a bit heavy for your Sunday afternoon, there’s always jumpy Thai horror flick The Promise, about a woman haunted by the childhood friend she broke her suicide pact with years before. (7.30pm, Major Cineplex, Aeon Mall, Sothearos Boulevard. Dubbed in Khmer with English subtitles).

For something a bit more mellow, check out Lisa Conception & Kim Mugo at Hops Brewery & Craft Beer Garden (7pm, St 228), or see your Sunday out in sophistication with a classical concert from Sutera Ensemble, who bring the work of late-Romantic Austrian composer Gustav Mahler to META House (8pm, Sothearos Boulevard).

That’s all from us this week folks! See you on the other side – and don’t forget to sign up for our mailing list to make sure you never miss a Friday Roundup.